We were stunned speechless to see the front page of The New York Post declaring “Cold War 2.0.” It screamed that the United States was preparing to launch a massive cyber attack against Russia in response to Putin’s meddling in our election. This wasn’t another revelation from Wikileaks, or a sale of state secrets by another disgruntled cipher clerk. This was the result of Vice President Joe Biden blabbering on Meet the Press that we’re going to secretly attack Russia.

There is little doubt that Russia has been trying to interfere with the American election; President Obama made a formal accusation a week ago. These efforts include the hacking of 19,000 emails from the Democratic National Committee, and an effort to penetrate Arizona’s ballot system, as well as the email account of John Podesta, Hillary Clinton’s campaign chairman. In response, Sergey V. Lavrov, the Russian foreign minister said, “We did not deny this.” But he added that the United States had offered no proof.

Russian President Vladimir Putin initially denied any involvement in the attacks, but later added that the important thing was not how emails from Hillary Clinton’s campaign had been hacked, but what they said.

The Observer has reported the fascinating—make that frightening—exchange between American and Russian apparatchiks boasting of their respective capabilities.

Biden’s comments, made to Meet the Press host Chuck Todd on the Sunday morning broadcast, echoed a tone more familiar of a middle-school playground:

“We’re sending a message,” Biden said. “We have the capacity to do it.” He then added, referring to Putin, “He’ll know it. And it will be at the time of our choosing. And under the circumstances that have the greatest impact.”

Sadly, the most obvious reaction may have emerged from deep inside Moscow, where fugitive Edward Snowden is still seeking refuge. In a tweet, Snowden said, “I get the feeling nobody told VP Joe Biden what ‘covert operation’ means.”

We have no problem with America revealing Russian emails, secrets, or dirty tricks; or U.S. Cyber Command taking such steps as the president deems necessary to American security. But have we become so self-absorbed as a society that we can’t keep even the most basic secrets secret? 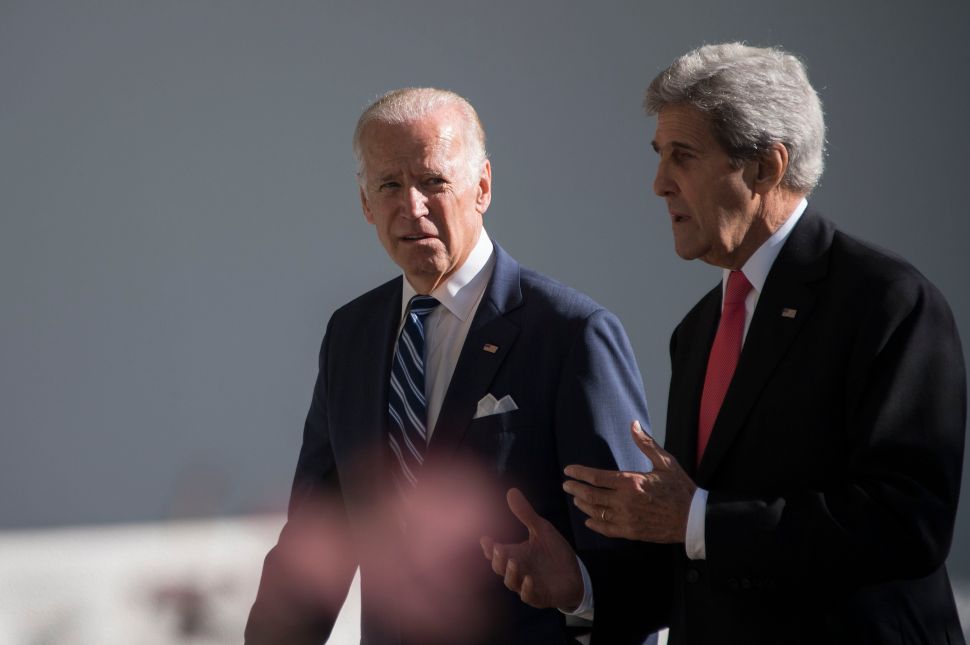