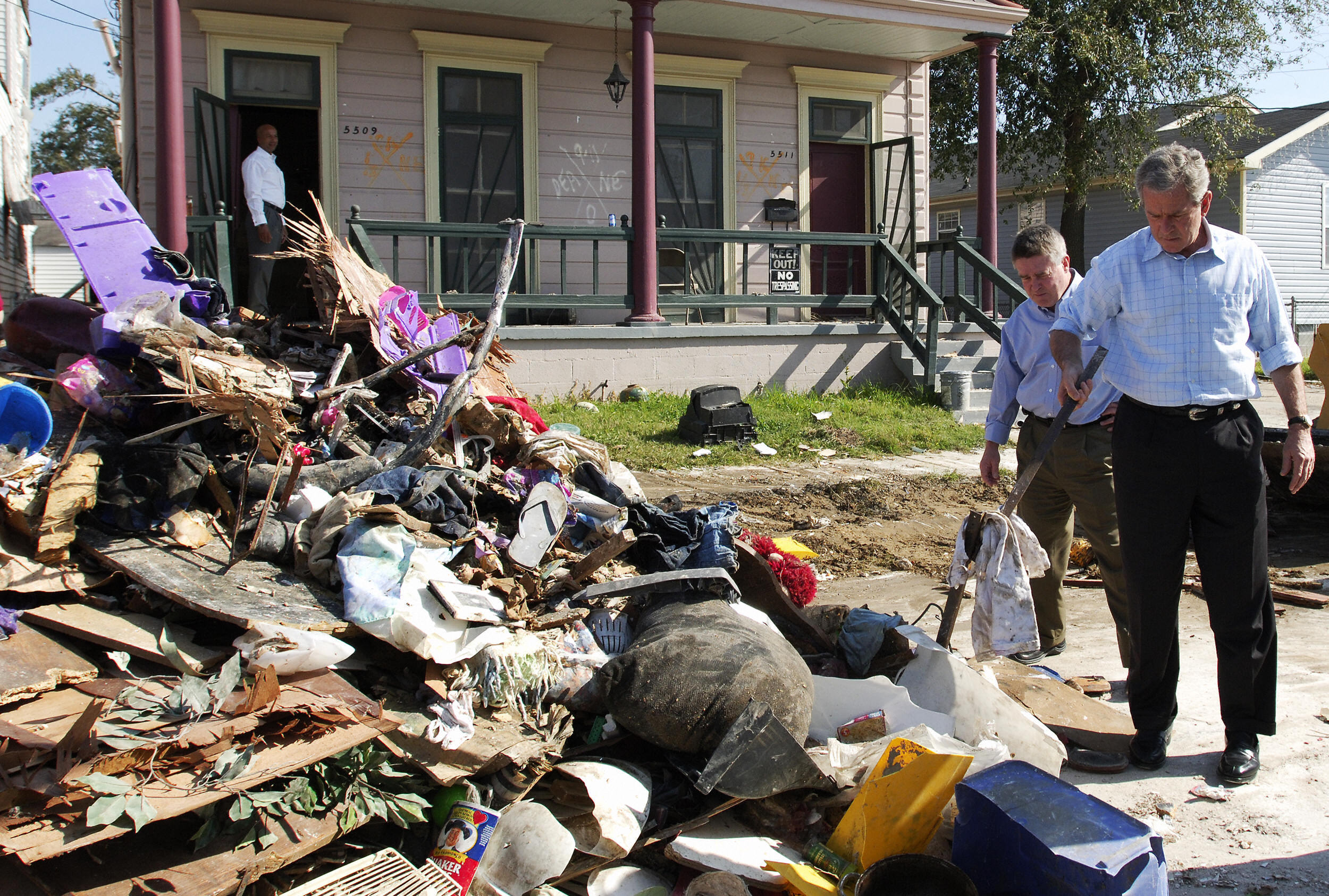 The famous embrace between President Barak Obama and New Jersey’s GOP Gov. Chris Christie during the response to Hurricane Sandy likely clinched the 2012 election for the Democrats. President George W. Bush’s critics mercilessly assailed him for his slow response to Hurricane Katrina in 2005. In 1992, Hurricane Andrew turned Florida and Louisiana into election battlegrounds between Bush 41 and Bill Clinton.

It may be hard to believe, but there was a time in American history when hurricane disaster relief wasn’t a political football.

To determine when it all began, I conducted research on historical disasters and whether the response bogged down because of partisan wrangling.

The History Channel documents errors made during President Franklin D. Roosevelt’s administration, when hundreds of CCC workers, many of them World War 1 veterans, were swept away when a hurricane struck Key West in 1935. Certainly Ernest Hemingway’s response, an article he penned titled “Who Murdered the Vets?” proved more devastating to FDR than the Congressional response. 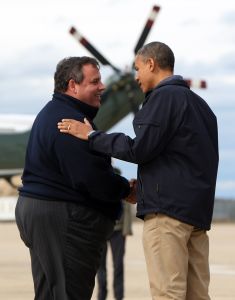 Mistakes by weather forecasters failed to spot a hurricane that devastated New England just a few years later, leading to tragic outcomes throughout Connecticut, Rhode Island and elsewhere. But such blunders did not turn into partisan witch hunts.

Research did uncover examples such as President Lyndon B. Johnson receiving praise for swooping into New Orleans within 24 hours of Hurricane Betsy hitting the Crescent City, to coordinate the relief efforts and promising government help.

But the tides shifted after the next punishing storm, Hurricane Camille in 1969. Weather-related deaths numbered in the hundreds in Alabama, and along the Gulf of Mexico, with inland flooding claiming more than 100 lives as far away as Virginia. Andrew Morris, in his article “Hurricane Camille and the New Politics of Federal Disaster Relief, 1965-1970” from the Journal of Policy History, documents what happened in the wake of this calamity:

“After a few moments granted to local Congressman William Colmer to address the hearing, the committee turned to its first witness, Governor John Bell Williams. Though [Sen. Birch] Bayh was deferential to Williams, [Sen. Edmund] Muskie quickly zeroed in on the subject that had inspired the hearings in the first place—accusations of racial discrimination in the handling of relief after the hurricane. Such accusations about Mississippi would not have surprised anybody in early 1970, considering the state’s recent past, including its dogged and high-profile resistance to the acceleration of school desegregation just months before. Muskie and Williams, an ardent segregationist, sparred for a while, and the subject was revisited during the next day’s session of the carefully choreographed hearings, which featured local civil rights leaders and private citizens, who marshaled a long list of problems with the relief effort: racial inequities, unconscionable delays in providing temporary housing, mercenary settlements by insurance companies, and so on. In the glare of the national media, the storyline was firmly established: the management of disaster relief, particularly by state and local institutions, had often been both ineffectual and racist.”

These days, it’s hard to imagine a hurricane response that hasn’t devolved into a partisan issue. The response of the U.S. government to Hurricane Andrew in 1992 put President George H. W. Bush under a microscope in Florida, Louisiana and elsewhere. South Carolina’s Democratic Gov. Jim Hodges lost reelection in 2002 in part because he cautiously evacuated the coast for Hurricane Floyd, which unpredictably turned north and struck Virginia, Maryland and Delaware (where I was living, and turned our backyard into a river). One knows all too well how President George W. Bush, Louisiana Gov. Kathleen Blanco, and New Orleans Mayor Ray Nagin were blamed for the feeble response to Hurricane Katrina and FEMA’s failure. Sen. John Edwards even sought to draw a contrast between Bush’s response to Katrina, and LBJ’s response to Betsy, in New Orleans, in his 2008 campaign for president.

But one also remembers how President Barack Obama rushed to New Jersey to oversee the response to Hurricane Sandy, receiving his aforementioned hug from Gov. Christie (who praised the government’s response “outstanding”).  Meanwhile, his opponent, Massachusetts Gov. Mitt Romney dithered about reversing his position on FEMA and whether states should handle disaster relief, finally settling on a policy three days after Sandy made landfall. At the same time, Midwestern senators like Oklahoma’s James Inhofe (who voted against Hurricane Sandy aid) found themselves explaining why they deserved disaster relief when tornadoes struck their states just a few years later.

In my American foreign policy classes, I teach about the “Cold War Consensus,” where partisan politics were put aside in favor of a united response to our enemy, the Soviet Union. I also explain how we briefly experienced bipartisanship after 9/11, until the War on Terrorism became a battleground between Democrats and Republicans.

We clearly need to return to the time when our national priority was rescuing people in harm’s way and helping people rebuild their lives, instead of protecting political turf and using the tragedy for partisan advantage. Whether it’s a hurricane, tornado, fire or earthquake, we shouldn’t see the response bog down along party lines, or even regions affected versus regions far from the disaster.

It’s still called the United States of America for a reason. 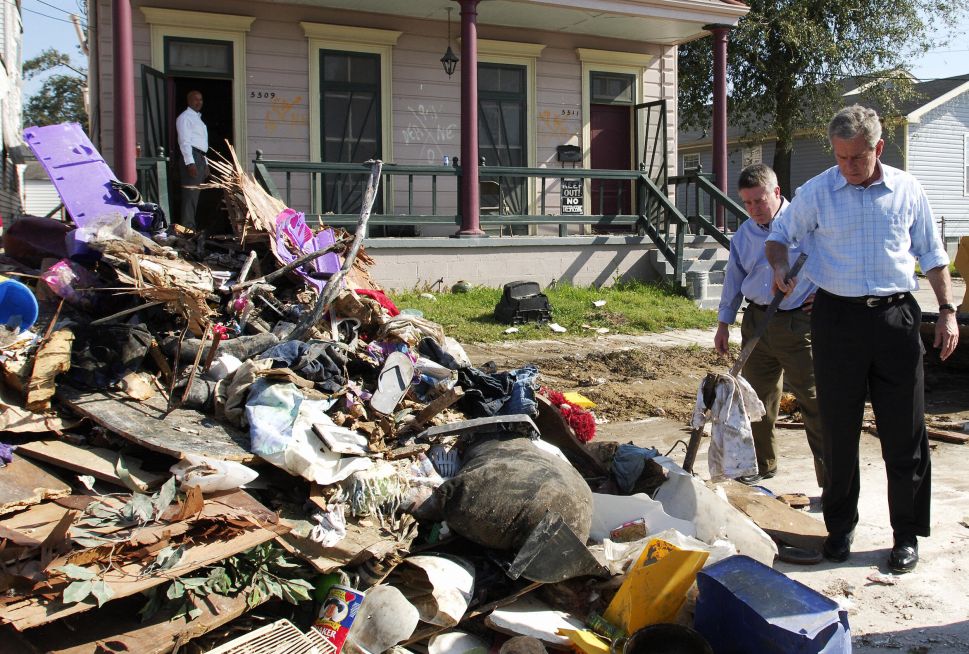