Iran and the United States are trading jabs—missile jabs—off the coast of Yemen, in the Sea of Aden. It is a dangerous game that could escalate. At stake is the main waterway that flows from Asia and Africa all the way to Europe.

Here is the order of events…and a little background.

Yemen is in crisis, torn apart by a civil war between Saudi-supported established traditional Sunni leadership and Shiite Houthis backed by Iran.

A change in the intensity of the conflict came two weeks ago when the Houthi attacked an auxiliary naval ship sailing under a United Emirates flag. The attack took place off the coast of Yemen, in the Gulf of Aden, off the coast of East Africa. This is in the area of the enormously strategic Strait of Bab el Mandeb.

Bab el Mandeb links the Gulf of Aden and the Red Sea. The Red Sea connects the Suez Canal to the Mediterranean Sea.  Whoever controls that strait controls all shipping to Europe.  Yemen sits at the mouth of that strategic strait. Iran, which already controls many of these areas along the coast Gulf of Aden, is sponsoring the challenge to take over Yemen to gain total control of the shipping lane.

The United States and the Sunnis, each for their own reasons, cannot permit Bab el Mandeb to fall into Iranian hands, which would exponentially increase Tehran’s power.

And so, in response to Iran’s moves in the area, the United States moved several naval vessels to the area.

A US Naval destroyer, the USS Mason, was patrolling in the area of the Strait of Bab el Mandeb when it was attacked by two Houthi missiles. According to the Pentagon briefing this was not merely a test or a simple misfire. It was an outright attack against a US ship that fortunately missed.

In response, the US struck three Iranian-operated radar stations in Yemen that were aiding the Houthi. Pentagon spokesman Peter Cook made it very clear that the US strikes against the Houthi were defensive and in response to the near miss on the USS Mason. Cook said: “These limited self-defense strikes were conducted to protect our personnel, our ships, and our freedom of navigation.”  He continued, “The United States will respond to any further threat to our ships and commercial traffic, as appropriate.”

Now Iran has dispatched not one but two war ships, the Alvand and the Bushehr, to the region. Tasnim, the semi-official Iranian news agency reported on October 13 that the Iranian naval ships were sent as a check against rising pirate activity in area. Really. The report read: “Iran’s Alvand and Bushehr warships have been dispatched to the Gulf of Aden to protect trade vessels from piracy.”

There was, of course, no mention in the semi-official announcement that the Iranian warships were dispatched a mere two hours after the radar stations were struck by the US cruise missiles.

This battle for control of one of the most significant waterways in the world is, for the most part, being waged through proxies. The Houthi Shiites against the Sunnis of Yemen are mere puppets. Their strings are being pulled, respectively, by Iran and Saudi Arabia. But when the Houthi/Iranians chose to attack the United States directly, the United States hit back, which will likely surprise Tehran.

Now you have both US and Iranian navies in the same zone. Rough seas may be ahead. 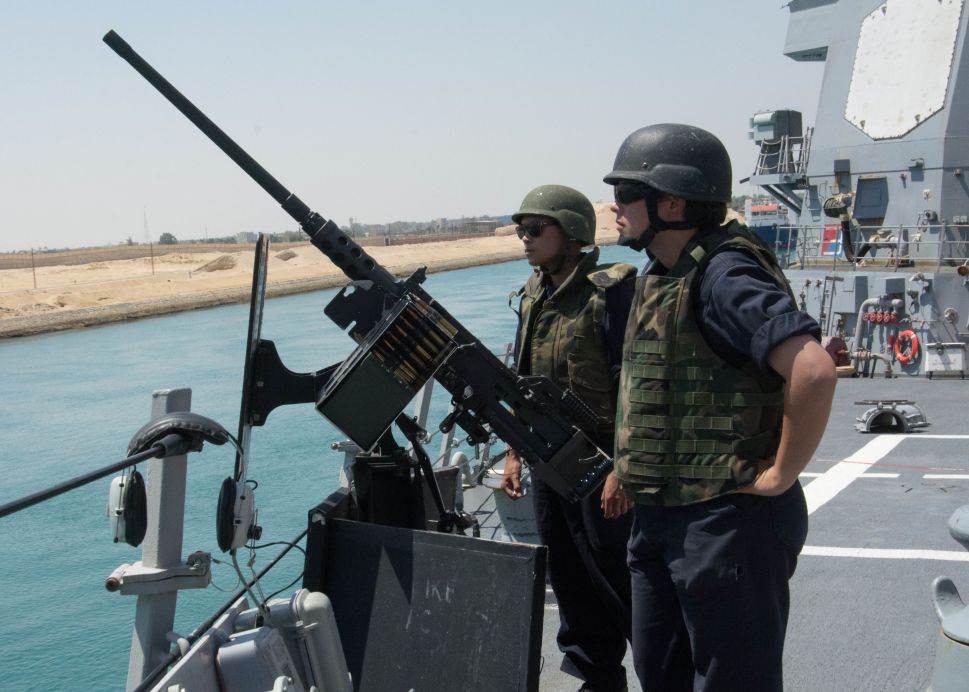