In the early hours of Friday morning, Sam Armstrong, chief of staff to the Member of Parliament for Thanet South, was arrested for rape. Media reports suggest an unnamed female made a complaint against Armstrong after a booze fueled late night party in the Palace of Westminster.

The reports shine light on a side of Westminster few outsiders see: the conspicuous consumption of cheap alcohol. Tucked away among the historic cloisters of Sir Charles Barry’s Gothic masterpiece are a whole variety of bars where pints of beer can cost as little as $3 because of an $8m a year public subsidy.

As a journalist based in the palace, I am entitled to go into some of these bars, and have visited as many as I can… purely for research, obviously. In my 12 years in Westminster I have drank in the following places:

My list of places is not exhaustive, as I am told that there are nearly 30 places to drink across the entire parliamentary estate. It is no wonder that, in the 1980s, an estimated 10 percent of MPs were alcoholics and could do with going into rehab.

Outsiders might ask themselves why on earth anyone would design a Parliament with so many bars.

The late Liberal Democrat Leader, Charles Kennedy, was said to have gotten so drunk before a budget debate that he had an embarrassing accident in his trousers and had to be locked in his office to prevent him from going to the chamber anyway. He drank himself to death shortly after losing his seat in 2015 general election.

In 2013, Labour MP Eric Joyce was banned from drinking in Parliament after he was convicted of head-butting another lawmaker. He was said to have “gone beserk,” attacking as many as six of his colleagues after a drunken outburst about too many Conservatives being in the Stranger’s Bar, which is usually frequented by Labour MPs.

Concerns have also been raised about the sheer number of ambitious, young, drunk interns, said to be viewed as a pool of potential one night stands by frisky politicians. This has lead to complaints of sexual harassment, which parliamentary authorities have struggled to stamp out.

Outsiders might ask themselves why on earth anyone would design a Parliament with so many bars. The answer is simple: the palace may look 500 years old, but most of it was rebuilt in the Victorian ear after a fire in 1834. At this time the private member’s clubs of the West End of London were in their hay day.

As Barry built the palace, both MPs and Lords demanded similar facilities to those found in their clubs. This meant adding libraries, dining rooms and bars. In fact, the whole estate is now much more like a private members club than it is a Parliament—not least because almost all of these bars are closed to the public.

Another thing Barry did was hide the iron guttering pipes inside the sand stone walls of the palace. A 150 years later, many have corroded and leak—but because they are buried in the walls, nobody knows there’s a problem until a lump of wall falls to the floor.

This has led to plans to vacate the palace for a six years while the $5 billion refurbishment takes place. Alas for the drinkers at the House, the plan is to move into Richmond House—owned by Middle Eastern investors who have banned alcohol.

Over this period we will see if the hurly burly of Westminster politics give way to a more sober form of political contemplation. I won’t be holding my breath! 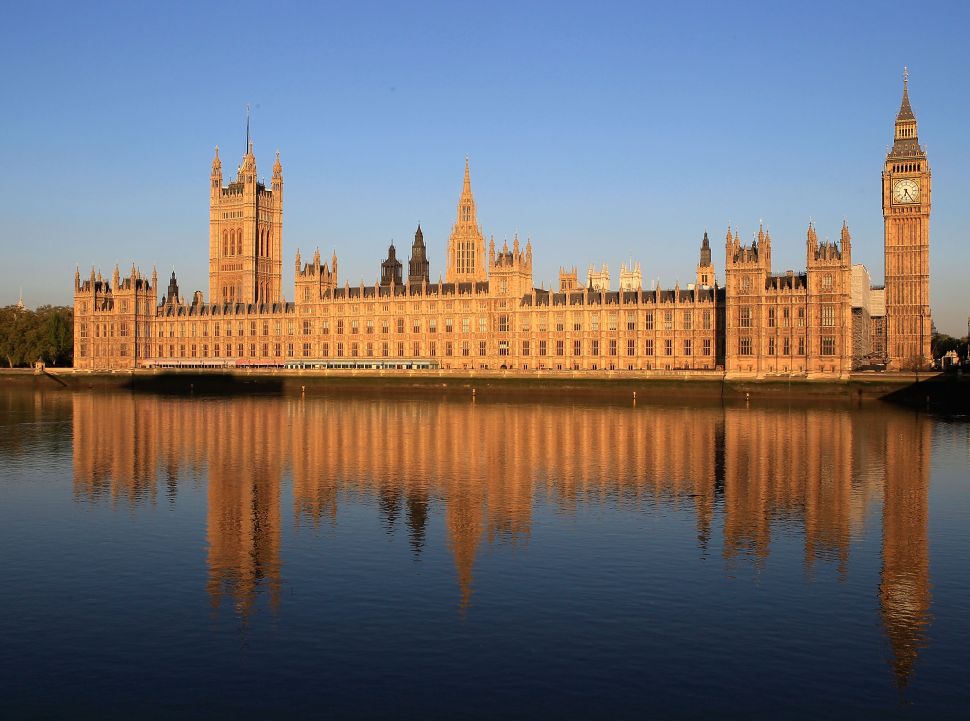