On October 27, WikiLeaks released part 20 of their emails from Clinton campaign Chair John Podesta, which reveal more of the inner workings of people determined to get Hillary Clinton nominated—and all the way to the White House—at all costs.

“a. Is his conduct relevant to your campaign? b. You said every woman should be believed. Why not the women who accused him? c. Will you apologize to the women who were wrongly smeared by your husband and his allies? d. How is what Bill Clinton did different from what Bill Cosby did?”

In an August 2015 email, Clinton campaign staff discuss how to discredit the National Nurses Union. “On the nurses—can we be ready w background for the press team on how fringe they are?” wrote Clinton campaign manager Robby Mook. “I’m just worried less experienced reporters won’t understand that they’re not a ‘real’ union.”

A January 2015 email chain reveals the Clinton campaign hand-picked their preferred candidate, Jen O’Malley Dillon, for a high-level position at the DNC. “I will definitely have a conversation with her once Simas gets DWS and Amy aligned. I also want to get her helping on Iowa planning next week,” Mook wrote.

Center for American Progress CEO Neera Tanden provided more rhetoric in emails revealing that even Clinton partisans thought behind the scenes that the private email server was a big deal. “Do we actually know who told Hillary she could use a private email? And has that person been drawn and quartered?” she wrote to Podesta. In an email released earlier this week, Tanden suggested Clinton used a private email server because “they wanted to get away with it.” Tanden was expressing frustration with Clinton aide Cheryl Mills for not turning over Clinton’s emails immediately to be archived.

Previously released emails have also proven President Barack Obama lied when he said that he didn’t know Clinton was using a private server. “We need to clean this up. He has emails from her—they do not say state.gov” wrote Clinton aide Cheryl Mills. An FBI report revealed Obama indeed used a pseudonym to communicate with Clinton.

A chain from June 2015 reveals Clinton campaign staff planted an article in The Associated Press with Matthew Lee and Bradley Klapper. “They are considering placing a story with a friendly at the AP (Matt Lee or Bradley Klapper), that would lay this out before the majority on the committee has a chance to realize what they have and distort it,” wrote Clinton campaign traveling press secretary Nick Merrill.

Emails later in the chain include Merrill and Clinton press secretary Brian Fallon hashing out responses to place in the AP article. “Just spoke to State a little more about this. A few updates,” Merrill added in a separate email to Fallon and Podesta. Fallon, who left his position at the Department of Justice to work for the Clinton campaign, appeared to use contact at the DOJ to get intel on where their investigation was headed. “In an email from May 2015, Clinton campaign spokesman Brian Fallon said that “DOJ folks” had “inform[ed]” him about an upcoming status conference in one of the lawsuits regarding Clinton’s private email setup,” reported The Hill on October 11.

“Do we have an answer for why there are no emails from the October 8 trip to Libya?” asked Clinton adviser Mandy Grunwald to Clinton campaign staff in an email chain where they grapple with how to explain why there are time gaps in the emails Clinton handed over.

In a March 2015 email to Podesta regarding a New York Times article on Clinton’s private email server, Mook responded, “We brought up the existence of emails in reserach [sic] this summer but were told that everything was taken care of.”

In a May 2015 email, Clinton campaign communications director Jennifer Palmieri wrote in an email about Rep. Trey Gowdy that “he is not focused on the classified email, which is great.”

The Podesta emails provide insight into the extensive damage control Clinton’s staff coordinated with the White House, State Department and mainstream media to downplay the FBI investigation. Any other presidential candidate would have likely seen their campaign disintegrate over a scandal of this proportion, but Clinton had the connections to rally the Democratic Party establishment and mainstream media in her favor. The damage control provided her immunity from a scandal that would otherwise disqualify her from running.

The private email server used by our possible future president was criminal in its setting up, its use and its subsequent dismantling to circumvent federal record rules. But Clinton’s powerful allies managed to turn it into a partisan issue, in which criticism over the server was silenced throughout the Democratic Primary and blindly defended by Democrats in the general election. 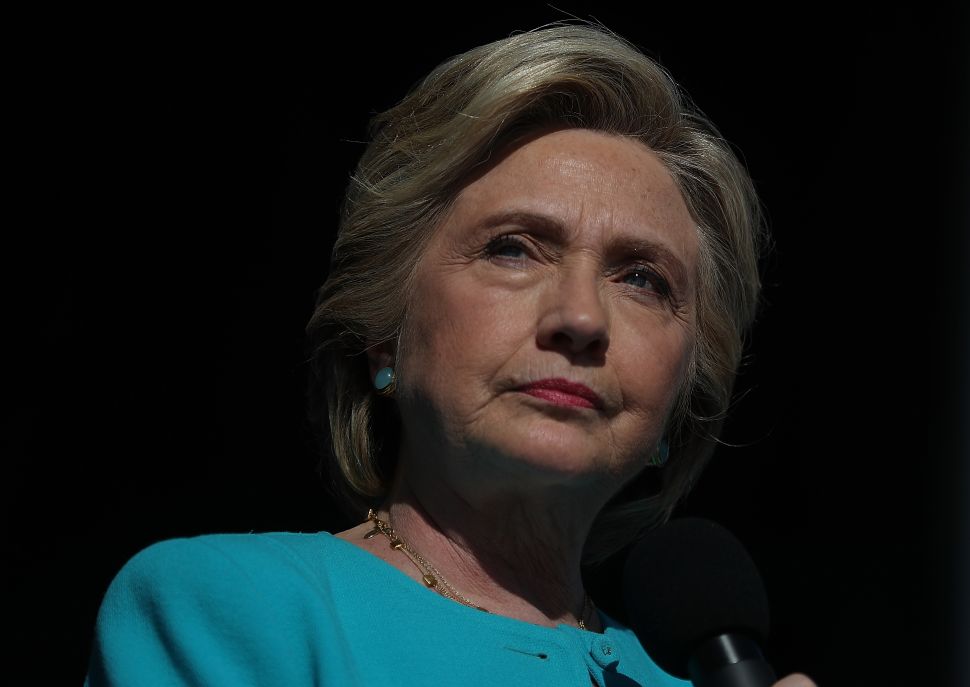