The FBI announced on October 28 that they are reopening their investigation into Hillary Clinton’s private email server.

“In connection with an unrelated case, the FBI has learned of the existence of emails that appear to be pertinent to the investigation. I am writing to inform you that the investigative team briefed me on this yesterday, and I agreed that the FBI should take appropriate investigative steps designed to allow investigators to review these emails to determine whether they contain classified information, as well as to assess their importance to our investigation,” wrote FBI Director James Comey in a statement.

The announcement comes at a pivotal time in Clinton’s presidential campaign, as recent polls have suggested she is strongly favored to win the presidential election. But with this recent development—coupled with embarrassing revelations recently released by WikiLeaks implicating the Clinton Foundation and exposing Clinton’s policies as little more than political expediency—a victory that seemed almost inevitable is now in jeopardy.

WikiLeaks emails from Clinton Campaign Chair John Podesta confirmed criticisms of Clinton’s private email server. In the leaked emails, her staff is shown coordinating with the State Department, the White House, the Department of Justice, and mainstream media to cover up the scandal and distort it as a partisan issue to protect Clinton’s presidential candidacy. Reports from the State Department Inspector General, FBI Director Comey, and two reports on the FBI’s investigation have effectively disproven every defense of Clinton’s private email server that has been utilized by Clinton partisans since it’s use was first revealed in early 2015.

And pro-Clinton journalists are already trying to spin the FBI’s latest announcement.

Newsweek’s Kurt Eichenwald falsely claimed the FBI wasn’t re-opening their investigation but that FBI Director Comey had to amend his previous testimony. But Comey never testified the FBI reviewed all the evidence—rather, he testified there is a list of evidence we saw in the investigation. If Eichenwald is correct about Comey needing to amend his testimony, it is because the FBI found new evidence that suggests Clinton is guilty. Eichenwald, notorious for touting disproven assumptions and theories—as with a Russian conspiracy theory he still pushes, which The Washington Post, BuzzFeed and other news outlets have debunked—is incorrect. The FBI investigation is being reopened because new emails were discovered, and the FBI is going to review them.

Ian Millhiser of Think Progress, founded by Podesta, called Comey “extremely careless” for reopening the investigation before the election, and claimed the FBI director was meddling in the election by doing so because he is a Republican. This is the same argument Clinton partisans refuted when critics argued politics played a role in Comey’s initial decision not to recommend an indictment.

MSNBC’s Joy Reid made the same claim that Comey was meddling in the election. 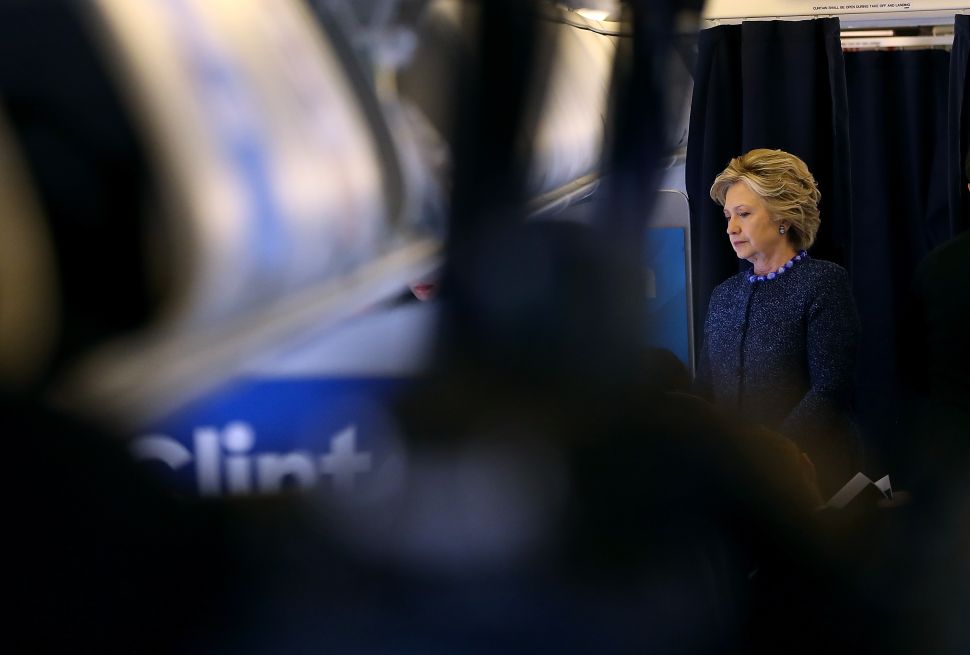