NEWARK—In a move unusual for a defendant in a trial, former Deputy Executive of the Port Authority Bill Baroni took the stand on Monday to testify in the Bridgegate trial. During that testimony Baroni gave his own account of the events that led up to and followed the Sept. 9-13, 2013 lane realignment of the George Washington Bridge.

During testimony earlier in the trial, star witness for the prosecution David Wildstein—who worked under Baroni at the PA during the closures—claimed that he coordinated the closures with Baroni as an act political retribution against Mayor Mark Sokolich of the bridge’s host community of Fort Lee. However, Baroni adamantly denied any coordination of the lane closures or any awareness of a retaliatory aspect during his Monday testimony. According to Baroni, Wildstein told him that the closures were part of a “traffic study” to assess if upper level George Washington Bridge congestion could be reduced.

Baroni also discussed communications he received from Sokolich during the lane closures. According to the former deputy executive director, he followed Wildstein’s directive to not respond to Sokolich’s inquiries regarding the lane realignment. Baroni said that Wildstein made it clear he should not “wimp out” because it would invalidate study results. Attorneys showed Baroni a text message he forwarded from Sokolich to Wildstein on Sept. 9, 2013 where the mayor asked for help. The defendant said he forwarded the message to Wildstein to keep him aware of the “radio silence” communications.

“This was his project and he very clearly had set its importance,” Baroni said.

The defense attorney also questioned Baroni about a sept. 11, 2013 photograph depicting Wildstein, Baroni and Governor Chris Christie having a discussion prior to a 9/11 Memorial service. While Wildstein testified that he and Baroni “bragged” to the governor about the closures, Baroni said that there was no mention of political retribution, punishment or political endorsement during the conversation. Instead, Baroni said Wildstein spoke with the governor about the traffic study and the potential it would have to allow Christie to claim he helped reduce George Washington Bridge traffic. Baroni said he was only present in the conversation for “three or four” minutes because he was coordinating logistics for the event. he said he remembered discussing New York Governor Andrew “Cuomo arriving on a motorcycle with Billy Joel.”

Baroni said that throughout the closures he believed in the legitimacy of the traffic study due to messages from Wildstein on the mornings of 9/9 and 9/10 regarding traffic breaking and other updates.

“What it indicated to me was that someone was measuring something,” Baroni said.

Baroni and fellow defendant Bridget Anne Kelly are facing nine charges of conspiracy and related charges for alleged involvement in the lane closures. They were both directly implicated by Wildstein and have pleaded not guilty. Like Baroni, Kelly is expected to testify. Wildstein has pleaded guilty and faces up to 15 years in prison but is cooperating with the prosecution as part of a plea agreement. 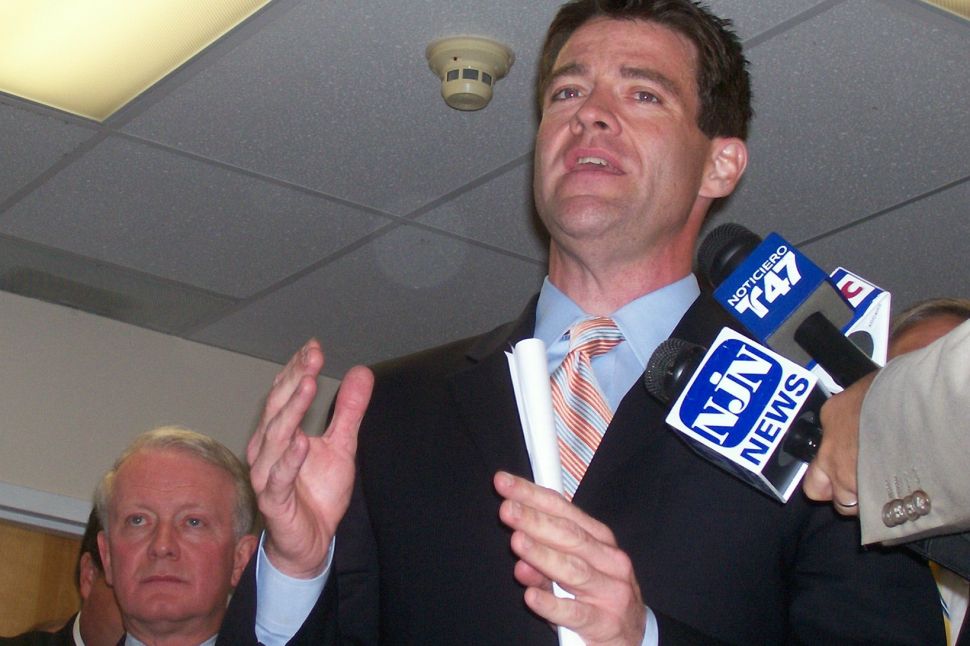