I’m not a fan of paid advertising. Then again, who is?

No one, which is why I am a fan of inbound marketing — aka nonchalant advertising.

Fun Fact: 95 percent of people don’t like being interrupted and the other five percent hate it.

Nonchalant advertising is when you simply provide value to people — so much value — they wind up investing in your offering(s) without you spamming them to.

While most businesses — nearly 40 percent — use blogging to provide value to its prospects and customers, the tactic is becoming less effective unless your blog posts are really, really, really remarkable.

So what is a company to do to get traction today?

If you need/want a lot of traction — and fast — I highly recommend side-project marketing.

Side-project marketing is simply giving something valuable away for free that is related to your core business. For example, HubSpot’s core offering is marketing automation software for inbound marketers. What else do inbound marketers need to do? Well, they need to complete buyer personas; therefore, HubSpot created a free tool, called Make My Persona.

In this post, I’ll tell you about the various types of side-projects you can make; provide a short list of tools to build your own side-project; and arm you with a few promotional tactics for your side-project.

11 types of side-projects you can make for your users.

According to a report by Degreed, nearly 85 percent of people said they learn things for work by searching online, at least once per week, and nearly 70 percent of them learn by reading blog articles weekly and asking for recommendations from peers and mentors.

People want to learn so teach them how to do something in your industry.

Another example, which doesn’t require your email to get the content, isCrew’s How to Build a Business. Crew made a similar side-project, which is a monthly email drip course called Make This Year. It got 635 upvotes on Product Hunt.

Decisions to make when deciding to make a course.

Calculators help your prospects understand how much something costs.

For example, HubSpot created an Ads ROI Calculator, which helps people understand whether or not their ad spending will deliver ROI for their companies. This was upvoted on Product Hunt 114 times.

HubSpot also created an Inbound Marketing ROI calculator to make prospects melt over the potential results they could be getting if they utilized inbound marketing. Originally, this was just a spreadsheet so don’t feel like you have to build out a fancy schmancy calculator first.

Crew, which generates the majority of its revenue through side-projects, has launched three different calculators on Product Hunt, which have all been wildly successful.

Crew’s pretty smart because all of the aforementioned calculators are essentially just really pretty quote generators.

The most upvoted product on Product Hunt — with nearly 7,000 upvotes — is a roundup. It’s called Startup Stash, and it’s a nice-looking curated directory of 400 tools and resources for startup founders.

The seventh most upvoted product — with nearly 3,000 upvotes — on Product Hunt is Marketing Stack. You’ll see it looks quite similar to the product above.

If you want to make a directory like this but don’t have the time, have someone else curate the resources for you.

“If there are just two things I’ve learned from social media, it’s that people all across the world love cats and quizzes.” (source)

Ninety-six percent of people complete Buzzfeed’s sponsored quizzes. And according to a Buzzsumo report, eight of the 10 most shared articles on the web in the previous eight months were quizzes and its data shows that on average a quiz gets shared 1,900 times.

A prime example of a wildly successful quiz is Zenni Optical’s “You’ve Been Framed,” which helps the eye glass store’s customers pick the perfect frame for them. The quiz generated $1 million for the company.

Another good example of a beautiful quiz that generates lots of leads for the company that created it is: App vs Website. This side-project was upvoted 526 times on Product Hunt.

These things — like finding a good business name and creating terms and conditions — are all barriers Shopify’s customers and prospects face before actually investing in Shopify’s software.

If you want to make a generator like this but don’t have the time, have an experienced developer make one for you.

A grader is much harder to make, but it can deliver wildly amazing results. Just take HubSpot’s Website Grader, which has analyzed more than two million websites. This got 2,267 upvotes on Product Hunt.

Another good example of a grader is Leadpages’ Landing Page Grader.

Some companies are even creating communities around their offerings, which is very, very smart. Take HubSpot’s Inbound.org, for instance, a forum where marketers can ask questions. Y Combinator created a similar forum, known as Hacker News.

One way to create a community without loads of money is to create a Slack community for your prospects and customers, like Buffer did.

All this involves is making some unique assets to give away to your audience. InVision decided to make a Sketch and Photoshop UI kit because its audience is comprised of designers.

Unsplash is another example that’s probably the most well-known because it saved Crew, when it only had 3 months left of runway. Unsplash offers free, beautiful photos — royalty free.

A competitive analysis is simply an in-depth blog post, which compares a few offerings. The catch is it looks beautiful and it resides on a subdomain or its own domain.

An example is Crew’s Slack vs. Hipchat. While not on its own domain, I think another good example of a competitive analysis is 1stwebdesigner’s analysis of designer marketplaces.

If you want to craft a competitive analysis like this but don’t have the time, have someone else write it for you.

Curated examples are really popular. Just look at Really Good Emails, which has pretty much turned itself into a business since starting out as just a curated WordPress site that listed all the best emails it collected itself.

This project got nearly 800 upvotes on Product Hunt.

If you want to make something like this but don’t have the time, have someone else curate the resources for you.

Learning paths are curated links in a specific order to help people learn something new.

Startup Launch List is a prime example and one of the most upvoted products on Product Hunt with 3,226 upvotes.

If you don’t have the budget to outsource a side-project then I recommend being creative and creating a MVSP with any of the following tools.

Typeform is a beautiful form generator. You can use it to create quizzes or generate something useful for your audience. Did you know HubSpot’s Make My Persona is actually just a Typeform? Now, you do.

WordPress.org is an open-source blogging platform, which I use to make just about all of my websites.

You could use WordPress to build the majority of side-projects I listed above actually so long as you have the right plugins and/or theme.

Remember Zenni Optical from above? The million-dollar quiz? Well, they used Qzzr, which is a freemium product. You could also use a WordPress quiz plugin, but why, when you have a product like Qzzr.

Lauren Holliday is the founder of Freelanship a marketplace of pre-packaged marketing gigs, and Full-Stack Marketer, a course that teaches people how to become full-stack marketers. 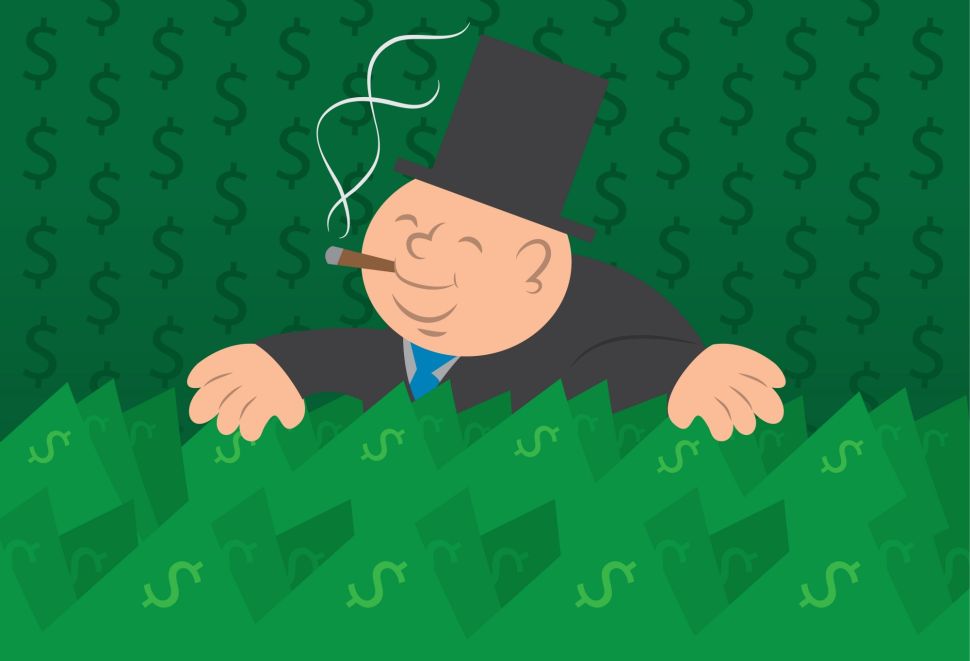