Levana Malachi was a 60-year-old grandmother of six. Enjoying retirement, she was described as “motherly” as well as “dedicated, caring and modest” by her former colleagues working for the Israeli Knesset. But that all changed on the morning of October 9 when a Hamas-linked terrorist took her life.

With an M-16 in hand, Palestinian Musbah Abu Sbeih, according to authorities, committed a drive-by shooting near a light-rail station near the old border between East and West Jerusalem. Abu Sbeih continued driving, firing at cars as he passed Israel’s national police headquarters. With police in pursuit, the gunman headed toward the Arab neighborhood of Sheikh Jarrah. Firing at police, he struck Yosef Kirma a 29-year-old police sergeant, who earlier this year was honored for thwarting a terror attack. Kirma, who was married earlier this year, died at the same hospital where Malachi was pronounced dead.

When it was over, two Israelis were dead and six sustained injuries. The gunman, with whom the Israeli police were very familiar, was also dead. It was later reported that on the morning of the attack, Abu Sbeih was due to turn himself in and begin a four-month jail sentence. In January 2015, he was convicted on multiple counts of inciting terror and supporting a terror organization.

As the Jewish state mourned its dead and prayed for the wounded, Palestinians began celebrating.

As with all terror attacks against the Jewish population of Israel, Palestinian leadership, both Hamas and Fatah, celebrate the death of Jews and honor the assailant. First reported by Palestinian Media Watch, “Mahmoud Abbas’ Fatah Movement honored the terrorist murderer who went on a shooting spree in Jerusalem today. Fatah referred to the murderer as a ‘Shahid,’ an Islamic Martyr—someone who died for Allah—a status the Palestinian Authority presents as the highest achievement a Muslim can reach in life.” Fatah proclaimed a day of mourning and a general strike in Jerusalem to honor Abu Sbeih.

Hamas claimed Abu Sbeih as one of their own and praised his “operation.” According to the Jewish Telegraphic Agency, “photos showed Hamas supporters handing out candy and baklava to celebrate Abu Sbeih’s ‘martyrdom.’ Candy in his honor also was handed out in eastern Jerusalem.” The gunman’s 14-year-old daughter joined in honoring Abu Sbeih with a video posted on Facebook honoring his terror spree.

Accolades given to Abu Sbeih were not limited to the Palestinian territories or the Middle East. Back in New York City, a representative of the Council of American-Islamic Relations (CAIR) took to social media to praise and defend the attack against Israelis.

On the day after the attack, CAIR New York Board member Lamis Deek, Esq., tweeted “Musbah Abu Sbeih. May he live forever a thorn in the eye of every zionist colonizer and hostage taker.”

Mesbah Abu Sbeih.
May he live forever a thorn in the eye of every zionist colonizer and hostage taker.

Deek continued, “Covering Musbah Abu Sbeih’s resistance as an ‘attack’ is not only politically incorrect, it is factually inaccurate,” and “he had been repeatedly targeted by invading, colonizing zionist forces. He was being violently hunted & he responded to zionist violence.”

Covering Mesbah Abu Sbaih's resistance as an "attack" is not only political incorrect, it is factually inaccurate.

He had been repeatedly targeted by invading, colonizing zionist forces. He was being violently hunted & he responded to zionist violence.

Multiple tweets by Deek condemned those who called the incident an “attack.” Deek believes the more accurate narrative would be deeming Abu Sbeih’s action as “resisting violence, self-defense,” and reporting differently “perpetuates a false propaganda.”

Deek’s support for Abu Sbeih on social media did not go unnoticed. Middle East Forum President Daniel Pipes responded to the New York attorney on the same platform: “@CAIRNational’s true colors emerged once again when its board member @Lamis_Deek celebrated the murder of Israelis.”

Pipes’ tweet included a link to a blog post he first published in May 2004 that provides a running documentation of “outrages said and done by the Council on American-Islamic Relations.”

Lamis Deek did not respond to request for comment. 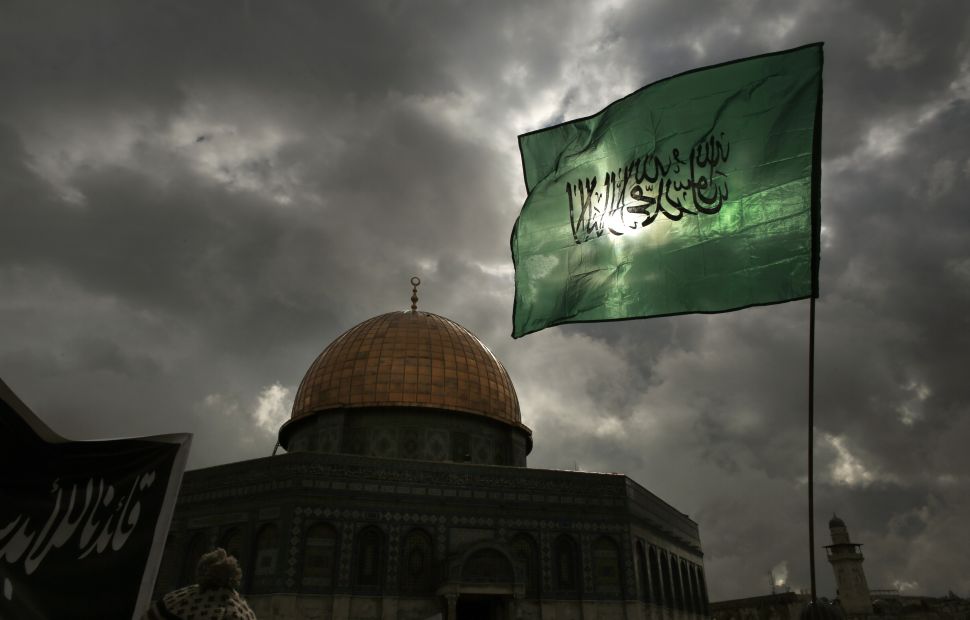