As the controversy over what some see as racially charged art by Kelley Walker swells, one museum employee was attacked at a St. Louis gas station. The show—at the Contemporary Art Museum, St. Louis—has come under fire for its depiction of violence in African-American communities rendered in chocolate. (Artnews)

Twyla, an inscrutable new venture that sells prints from contemporary artists at a discount, it would seem, launched. They sent us an (embargoed?) email about their product last month that failed to describe what it is in any way (an app? a website?). Also, Twyla sounds like a birth control pill that will be recalled next year for causing deep vein thrombosis. (Venture Beat)

Documenta will next year build an acropolis from 100,000 banned books. (The Art Newspaper)

Remember when Winston Churchill’s daughter sculpted a female Christ, it was exhibited in a cathedral in New York City and people lost their minds? To be honest, we don’t, but the sculpture is now on view again at St. John the Divine. (Huffington Post) 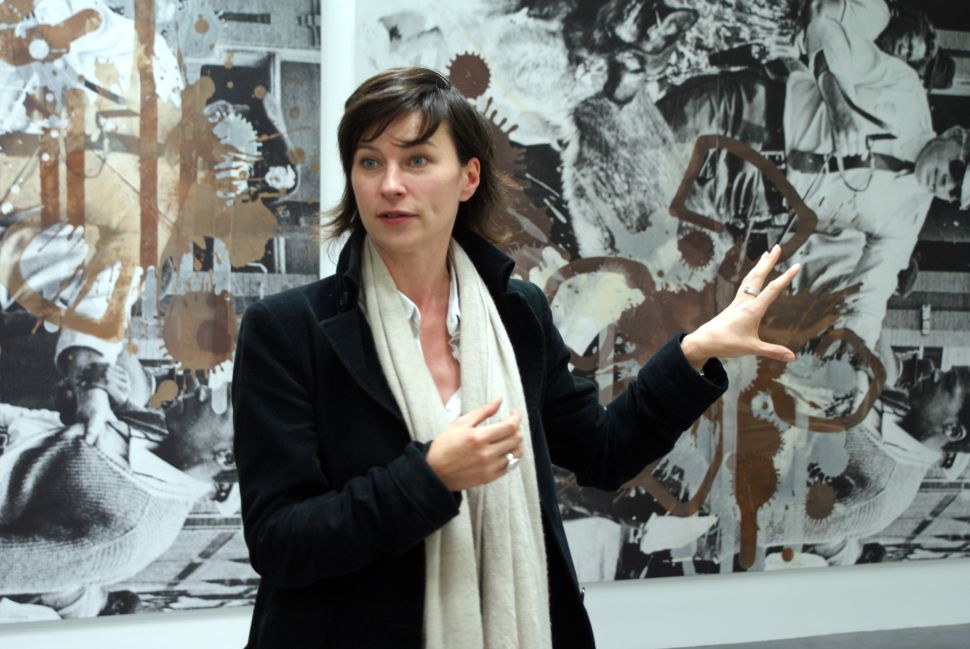