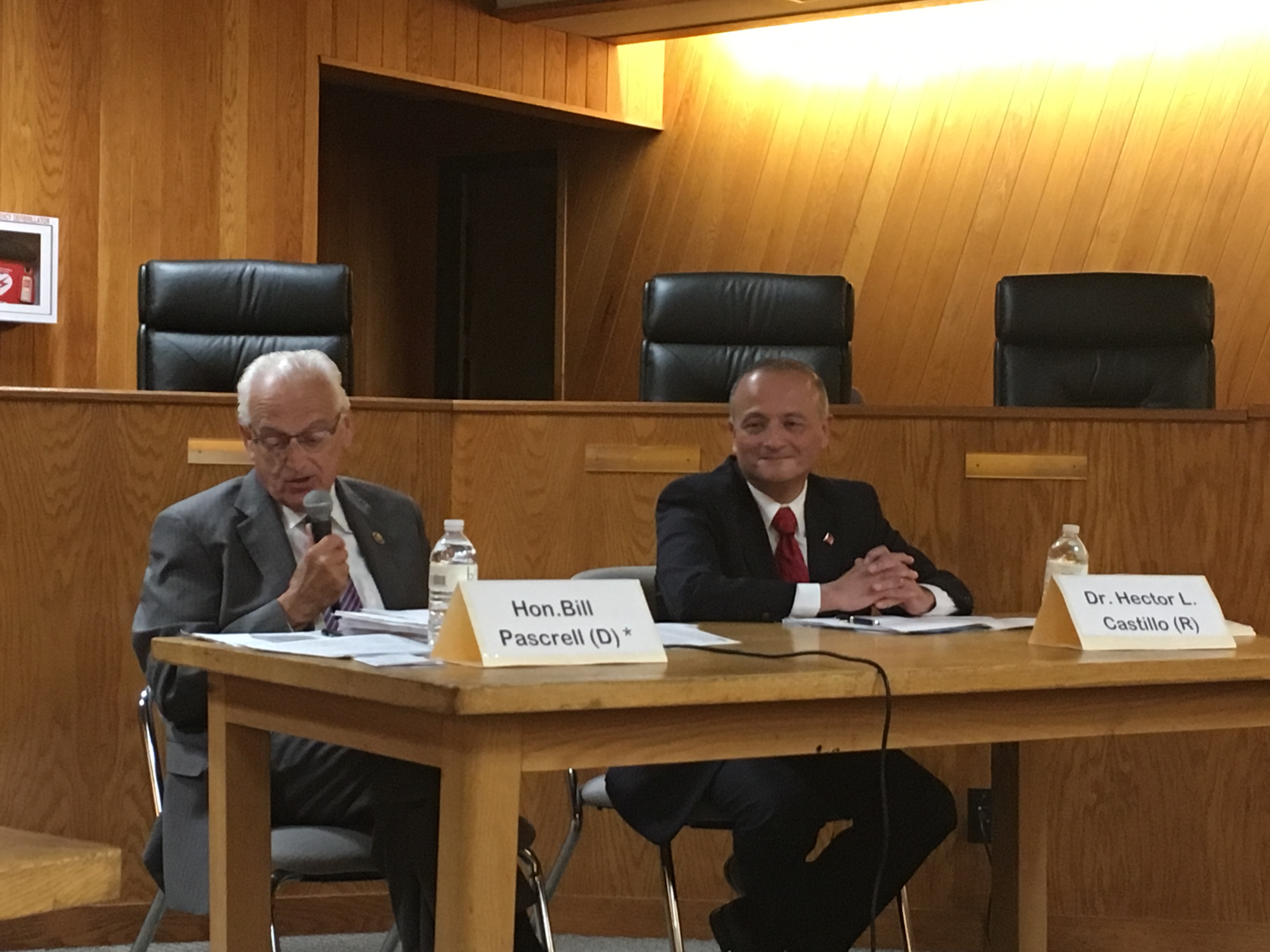 Congressman Pascrell and Dr. Castillo are both running for congress in CD9. (Photo: Alyana Alfaro for Observer)

ENGLEWOOD – In the race for New Jersey’s congressional district 9, incumbent Democrat Bill Pascrell is widely expected to be the victor on November 8. Even so, Republican challenger Hector Castillo joined the congressman for a Thursday debate in the effort to win over voters looking for a change.

The debate—hosted by the League of Women Voters—focused on topics like the economy, immigration, health care, climate change and campaign reform, among other topics. While the candidates represent two different parties, the debate was mostly agreeable, especially on topics including gun control, implementing higher use of alternative energy and making changes to Obamacare to ensure high-quality health care for all Americans.

According to Castillo, though Obamacare is widely unpopular with Republicans, he used to support the Affordable Care Act but quickly reversed his stance after congress did not fight for a single-payer system similar to Medicare.

“One payer, one price, one responsibility,” said Castillo, who is a medical doctor. “Extend Medicaid for everybody and the problem will be solved. A sick nation is not good for us at all. They let the big fat cats… take advantage of us. If elected that is the first thing I want to do.”

After that response, Pascrell joked that he “would make a Democrat” out of Castillo before the end of the night. According to Pascrell, Obamacare is far from perfect and needs continued work. However, Pascrell said that because of the current climate in the legislature, compromise to continue to fix the Affordable Care Act has been unable to happen.

“We have had the opposition tell us 62 times in my committee to try to repeal it,” Pascrell said. Throughout the debate, Pascrell regularly called for a shift in the congressional majority from Republican to Democrat in order to create change on topics like Obamacare.

Pascrell and Castillo also agreed on campaign finance reform. According to both candidates, a future where elections are publicly funded could help take out some of the corruption from the political system and equalize the playing field.

In terms of gun control, Castillo called for “no guns” for anything other than recreation. Pascrell said he believes in the second amendment but will continue to push for gun control measures and universal background checks to ensure gun safety.

When the discussion turned to the economy, Pascrell discussed his support for measures like raising the minimum wage, equalizing wages for men and for women, family leave, early childhood education and tax credits to help families offset the cost of daycare. He also discussed boosting resources for seniors and shoring up social security. His Republican opponent disagreed on the best way to move forward on the economic challenges facing district 9.

According to Castillo, a flat tax of 15 percent across the board (with exceptions like college costs) would “increase the buying power” for all middle class families. Castillo said that the current tax system has had “consequences” for places like the ninth district.

Castillo said the district needs a change from Pascrell, the long-time incumbent.

“I am here tonight, I am not a politician,” Castillo said. “I have lived in Paterson a long time. I have seen how my town has been suffering… we have to do something different. Do you want the same leadership like the one that we have now? We need new ideas and new approaches to the problems we have in the inner city.”

However, according to Pascrell, his work is far from done in the district.

“I am proud of this district, I am proud to say it is the most diverse district,” said Pascrell, claiming that he will continue to champion rights for those already living in district nine and for immigrants and refugees from other nations.

Voters in district nine will be able to cast ballots for Pascrell or Castillo during the November general election. 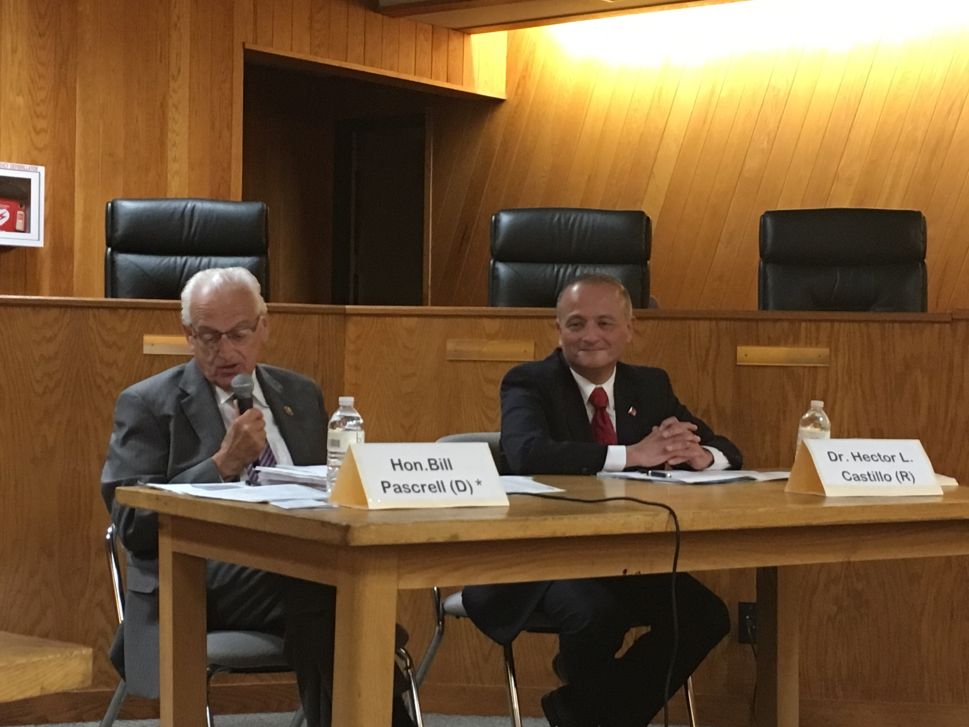