Just 11 days before our presidential election, the explosive issue of EmailGate is back in the news, thanks to James Comey, the FBI director who less than four months ago gave Hillary Clinton a pass on her illegal use of email and a personal server when the Democratic nominee was secretary of state.

After weeks of damaging revelations care of Wikileaks about just how much the Clinton camp knew about EmailGate for years, and tried to downplay its significance in the media, Comey today sent a letter to the chairmen of the relevant Congressional committees—including, significantly, the House and Senate Intelligence and Judiciary committees—that blows EmailGate wide open all over again. He says:

“In previous congressional testimony, I referred to the fact that the Federal Bureau of Investigation (FBI) had completed its investigation of former Secretary Clinton’s personal email server. Due to recent developments, I am writing to supplement my previous testimony.

In connection with an unrelated case, the FBI has learned of the existence of emails that appear to be pertinent to the investigation. I am writing to inform you that the investigative team briefed me on this yesterday, and I agreed that the FBI should take appropriate investigative steps designed to allow investigators to review these emails to determine whether they contain classified information, as well as to assess their importance to our investigation.

Although the FBI cannot yet assess whether or not this material may be significant, and I cannot predict how long it will take us to complete this additional work, I believe it is important to update your Committees about our efforts in light of my previous testimony.”

Having taken Comey to task for his serious mishandling of the FBI’s year-long EmailGate investigation—particularly how his account of what the Bureau discovered made Hillary’s guilt clear, but he still declined to ask the Department of Justice to seek prosecution—he deserves some credit for due diligence here. It requires some political fortitude to do this practically on an election’s eve.

Clearly the FBI has uncovered new emails—the mention of “connection with an unrelated case” is intriguingly vague—that may (or may not) have relevance to the investigation. We don’t yet know what that information might be, or how it was obtained, but rumors are swirling as usual. Some are pointing a finger at a leaker inside the U.S. Government; other rumors point to a foreign origin of these newly discovered emails. The New York Times is reporting that the emails came from the FBI’s investigation into the sexting habits of former New York Congressman Anthony Weiner, who was married to Huma Abedin, Hillary Clinton’s all-purpose factotum. The idea that another hack by persons unknown has truly opened Pandora’s Box for Clinton, Inc. less than two weeks before the election, seems too delicious for some Republicans to contemplate.

In truth, the FBI isn’t reopening the EmailGate investigation because it was never actually closed. Director Comey here is merely doing what he’s legally required to: inform the relevant Congressional committees that new information which may have relevance has been discovered, and the FBI is now assessing its value to the on-going investigation.

Republicans shouldn’t get too excited just yet, since Comey hasn’t told us anything about the provenance of these emails. It could be the long-awaited “smoking gun” that establishes serious criminality by Clinton, Inc.—or it could be more emails of Hillary discussing yoga and how to figure out the DVR.

That said, Democrats who are wordsmithing this development and prematurely declaring that it’s no big deal—or worse, some nefarious Trumpian plot—need to step back and let the FBI do its job. It seems unlikely that the Bureau will wrap this up before November 8, and since Comey has informed Congress what’s going on, the FBI director won’t be telling the public much either.

Just over a year ago I predicted that EmailGate was far from over, and it remains very much alive today, despite the best efforts of Hillary Clinton, her staff, and her ardent defenders in the media. Nobody should expect that the Democratic nominee will be charged with any crimes in EmailGate: the naked interference of President Obama’s Justice Department in this case demonstrates that reality.

However, this scandal remains very much alive as a political matter, and less than two weeks before the election, politics is what matters now. Hillary has never come up with very good answers about why she strictly avoided the use of State Department email when she was the boss at Foggy Bottom, much less why her “unclassified” emails contained so much highly classified information—and she seems unlikely to, all of a sudden.

For Team Clinton, EmailGate remains a nightmare that they would really prefer not to talk about. But here we are, talking about it all over again, thanks to Director Comey. Throughout this scandal, Friday news-dumps have been a regular feature, per well-honed Beltway bureaucratic practice. This one may be the biggest of all. 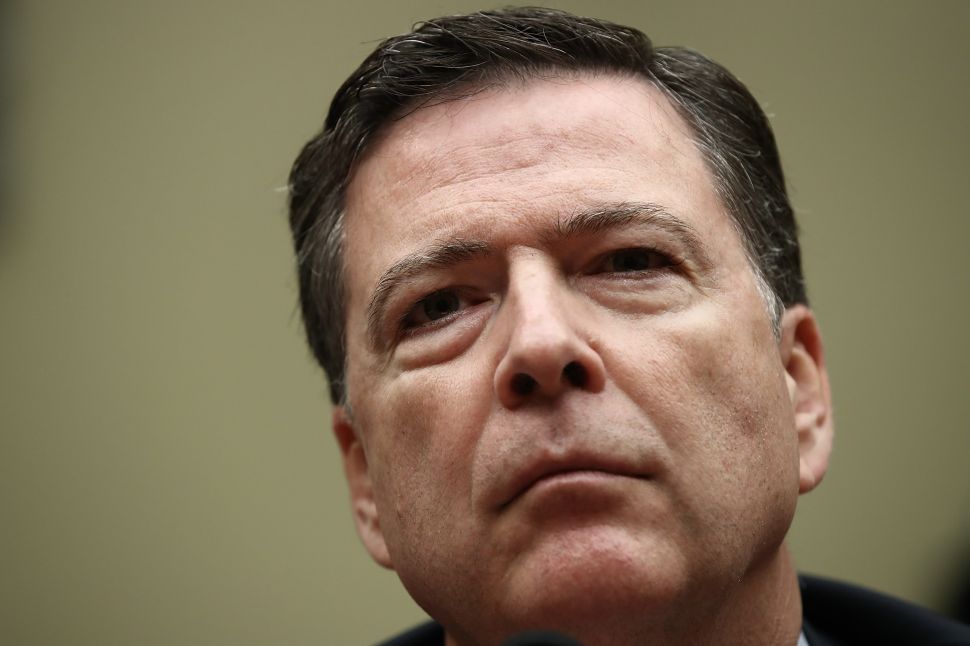