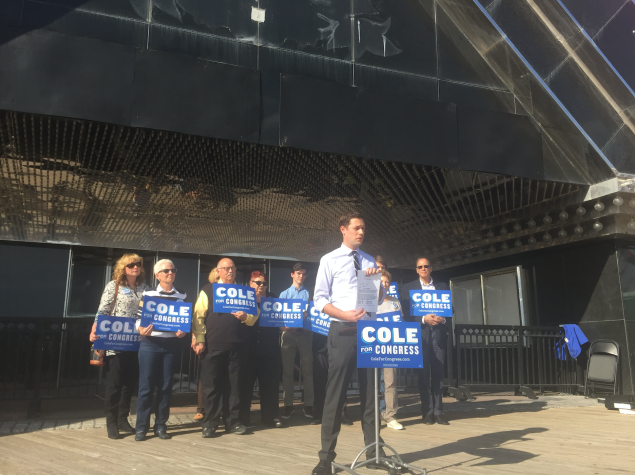 ATLANTIC CITY — The Democratic challenger to longtime incumbent Frank LoBiondo, who represents Atlantic City, unveiled a 1996 memo from Barry Cregan, then-CEO of the Trump Plaza Hotel and Casino, asking fellow executives to submit contributions to LoBiondo through his office Thursday. Standing outside the shuttered Trump Plaza, Dave Cole continued the anti-Trump line of attack that has characterized his campaign so far.

That year, Donald Trump and executives at his casino companies made over 30 contributions to LoBiondo’s campaign totaling $18,000. Trump himself donated the maximum, $1,000. According to Politifact, LoBiondo received 12 donations from the one-time casino magnate between 1996 and 2007.

“I can only urge you to support these two candidates who have an outstanding track record in and have voted favorably for the casino industry,” Cregan wrote. “Please submit as quickly as possible to my office, the deadline is August 28th. Checks should be made payable to LoBiondo for Congress and Zimmer for Senate.”

“Over the years LoBiondo received more direct contributions from Donald Trump than anyone else running for Congress,” Cole said. “With the news that Trump executives were “urged” to donate to LoBiondo, the total amount of campaign cash Rep. LoBiondo received reaches over $60,000.

“At a time when Donald Trump’s casinos were failing due to poor financial and management decisions, workers were losing their jobs and contractors weren’t receiving payment for their work. Yet Rep. LoBiondo’s campaign continued to benefit from his relationship with Trump.”

The news comes at a time when LoBiondo and other Republican congressmen in the state are distancing themselves from Trump’s presidential campaign following the release of audio in which the Republican nominee bragged about assaulting women.

LoBiondo has previously pointed to Trump’s frequent support for Democratic candidates when asked about the donations.

The congressman’s spokesman Jason Galanes issued a statement in response.

“Congressman LoBiondo was a federal official in August 1996 though Mr. Cole appears confused given his reference to state election law in this release,” Galanes said. “Congressman LoBiondo is proud of the continued support he has received from casino employees throughout his time in Congress, including his endorsement again this year by the men and women of Unite Here Local 54.”

Trump made five donations to Clinton’s Senate campaign totalling $4,100 and two donations to her presidential bid in 2008 totalling $2,300, though those presidential donations were refunded the following year. Vice President Joe Biden accepted $1,000 from Trump during his time as a U.S. Senator.

Cole faces tough odds in the heavily Republican suburban towns surrounding the ailing casino capital. In the likely event that his reelection bid succeeds, LoBiondo will set a new district for most terms served by a state politician when he begins his 12th. 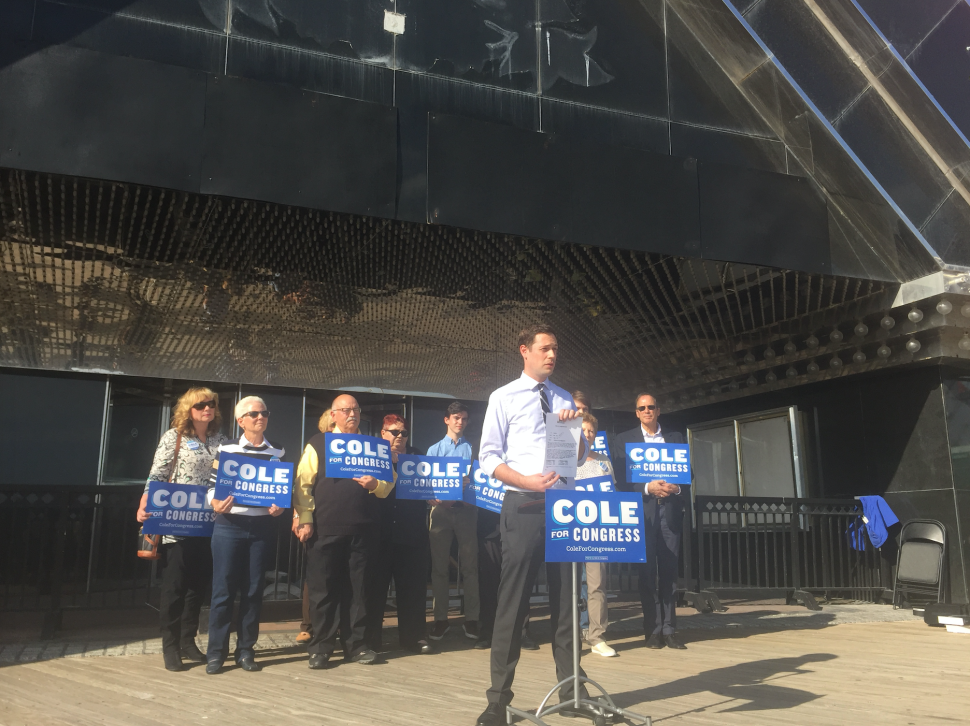