“China has changed so dramatically in the past three decades,” we wrote in our first column nearly a year ago, “that it is not just foreigners who stumble over stereotypes.” In that article we discussed how China’s unprecedented social transformation during the past two decades had left the country with one of history’s deepest generation gaps. As the mainstream culture of their parents was abandoned by young, educated, urban Chinese, youthful tastemakers turned first to Western culture, and then increasingly to homegrown artists whose work reflected China’s wholly unique path to modernity.

The most brilliant manifestation of China’s new urban culture may have been the musical explosion in Beijing over the past decade. But by ignoring or denigrating Chinese musical stereotypes as irrelevant, this music has drawn inevitable accusations that it is too Western and not an authentic representation of Chinese culture. These accusations come from all sides: indignant middle-aged Chinese, well-meaning foreign culture seekers, and a government apprehensive of foreign ideas.

More recently, we have also seen a literary flowering, with the critical validation of novels that also quite blatantly ignore Chinese literary stereotypes. It has been harder to dismiss this new literature as inauthentic, because it expresses quite explicitly its roots in China’s social transformation.

Mo’s 2009 novel Frog tells the fictionalized story of his own aunt, who had four children in defiance of China’s recently rescinded One-Child Policy, and features harrowing scenes of forced abortion. In his first post-Nobel interview, Mo said of Frog: “China has gone through such tremendous change over the past decades that most of us consider ourselves victims. Few people ask themselves, though: ‘Have I also hurt others?’… I, for example, may have been only eleven years old in my elementary school days, but I joined the red guards and took part in the public criticism of my teacher. I was jealous of the achievements, the talents of other people, of their luck.”

Mo’s international recognition and pioneering use of fiction to reveal social realities in modern China were harbingers of a new wave of progressive literature coming out of the country today. 53-year-old Liu Cixin, for example, grabbed headlines last August after becoming the first Asian author to win the coveted Hugo Award for science fiction and fantasy writing. His award-winning novel, The Three-Body Problem, depicts extraterrestrial first contact occurring in China during the Cultural Revolution. Liu’s mantle was promptly passed to the much younger Hao Jingfang, born in 1984, who took home a Hugo for her web-novelette Folding Beijing earlier this year, beating out Stephen King in the same category. Cao Wenxuan, vice president of the Beijing Writers Association, likewise made history this year after becoming the first Chinese author to win the long-running Hans Christian Andersen Award for children’s literature.

These international accolades might not mean much to their recipients. Asked by The Wall Street Journal how he felt after his historical Hugo win, Liu Cixin replied, “I don’t really have any special feeling about it.” Cao Wenxuan echoes this sentiment in an interview he gave shortly after receiving his own award:

“I wasn’t particularly excited when I learned about it. To me personally, my win confirmed an assessment I made years ago. I made the claim that the best Chinese children’s literature is up to the highest international standard, but no one believed me back then. With this award, many will recognize and agree with my assessment. For many years, Chinese literature has been underrated and undervalued by our own critics, so I’ve stated on a number of occasions that we owe our thanks to Mo Yan. With him winning the Nobel Prize for literature, the voices questioning the quality of Chinese literature dimmed.”

These novelists are able to show explicitly what young musicians and artists can not: that the overwhelming reality of contemporary urban China necessarily requires forms of expression that have little in common with those more familiar to older generations, but that are nonetheless profoundly Chinese and help explain China’s radically shifting youth culture. In an interview with Uncanny Magazine, her US publisher, recent Hugo winner Hao Jingfang notes that: “Any informed observer can tell that in a rapidly developing society like contemporary China, disparities of wealth and status are growing wider, faster, but no one has a good solution to the problem.” She adds, “Beijing is a megacity whose scale defies the imagination of many. In this city, individual existence is easily engulfed by the world’s forbidding structure. I just wanted to show that.”

Another author to make an international splash recently is Jiangxi-born A Yi, whose existential thriller A Perfect Crime was published in English in 2015. A, an ex-cop, began writing fiction in 2004, and has garnered comparisons to Kafka, Camus, Dostoyevsky, and Anthony Burgess—authors that A himself has cited as influences as they slowly trickled into Chinese translation in the post-Reform period.

Anna Holmwood, who translated A Perfect Crime into English, says that the slim novel—which tells the story of a provincial high school student who murders his best friend in cold blood as his peers urgently prepare for the career-defining gaokao—reflects how Chinese authors are adapting modern Western literature to tell stories from their own modernizing society. “I think this is a story that puts the social and the individual into conflict to examine a very real problem in Chinese society: social exclusion,” says Holmwood. “I’m not sure if the story is taking a swing at traditionalism so much as throwing into focus what can happen when the individual becomes disassociated, or divorced, from social norms through discrimination and inequality. Chinese society is curiously scarred by its radical modernism as much as its traditionalism. The tensions between seemingly ‘traditional’ social norms and politicized social structures are fundamentally alienating for those who find themselves at the ‘bottom’ of society.”

Holmwood also notes that the novel’s first-person narrative structure marks a break with Chinese literary history. “If we look back into the Chinese tradition—and by this I mean, before Chinese writers were self-consciously looking to Western literature—the first-person perspective was expressed more commonly in poetry, and prose tended more towards the conventions of oral storytelling, even when it was in fact an endeavor of the literati.”

Is there a distinctly Chinese genre of contemporary literature? Our next column will examine chaohuan (“ultra-unreal”), a recently coined genre title that has already been touted as “a significant cultural and creative channel for the next generation of [Chinese] authors,” and that may provide a fascinating new lens on contemporary Chinese culture from some of its most daring literary minds. 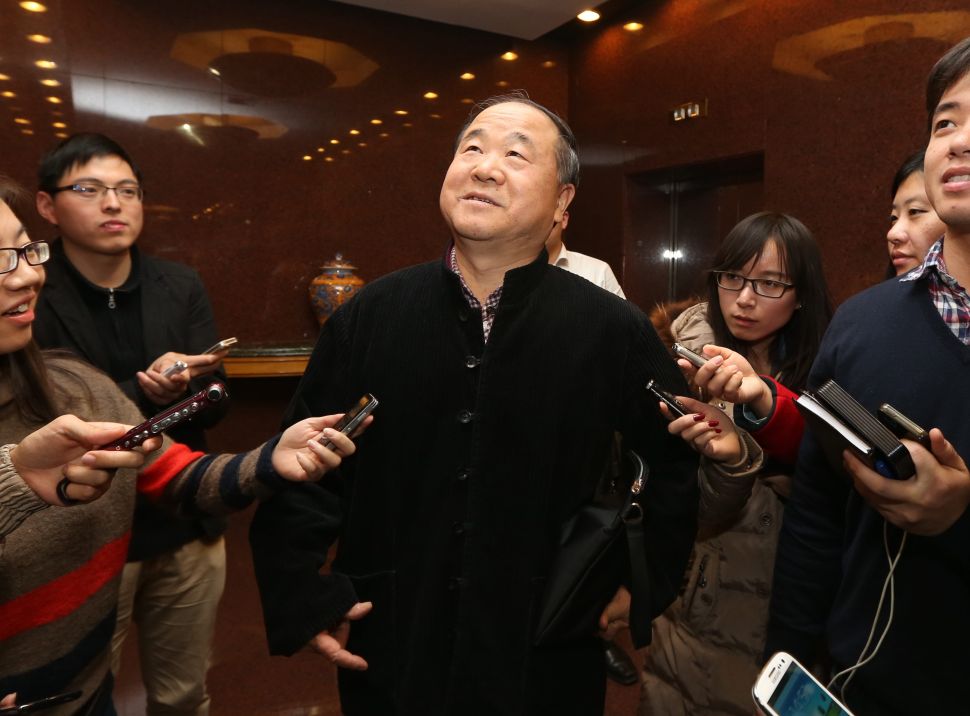