The most recent poll shows Hillary Clinton and Donald Trump tied in the swing state of Nevada. President Obama won the state in 2008 and 2012 after George W. Bush won it in 2000 and 2004. It was dubbed one of the eleven states that will determine the 2016 presidential election by Politico.

Clinton won the Nevada caucuses in the Democratic primaries amid several controversies. Sen. Harry Reid made several phone calls to tip the caucuses in Clinton’s favor. The caucuses themselves were highly disorganized, and easily susceptible to manipulation. The Nevada Democratic Party made its favoritism for Clinton apparent when its chair changed the party’s rules on her own volition during the convention. When Bernie Sanders supporters protested, the pro-Clinton mainstream media used a debunked claim about them throwing chairs in order to denigrate them. The WikiLeaks released Democratic National Committee (DNC) emails showed DNC staff spreading the false story around “without attribution.”

One of the biggest obstacles Clinton faced in the swing-state of Nevada against Trump was losing votes from Sanders supporters who switched over to Green Party candidate Jill Stein. According to Stein’s website, 44 states plus Washington DC have Jill Stein on the ballot, with three additional states able to write Jill Stein in. Stein failed to make the Nevada ballot, and the state does not allow official write-ins. But given the abrasive tensions between Sanders supporters and the Nevada Democratic Party, getting enough signatures to make the ballot should have been easy. By June 3, the Nevada Green party needed 5,431 signatures to make the ballot, and they turned in 8,277, but after the verification process, they were 647 signatures short of making the ballot. U.S. District Judge Jennifer Dorsey, appointed by President Obama in 2012, denied the Nevada Green Party’s appeal to accept signatures collected after the deadline.

“Fraudulent signatures were turned in by White Paper Solutions,” said Kim Borghese, the co-chair of the Nevada Green Party in an interview conducted through email with the Observer. “The Secretary of State is aware of this. However, I do not know what steps they are taking to investigate. I do know they refused to recount the signatures per our request in the appeal so we really have no idea how many of those that were thrown out were fraudulent. The Nevada Green Party is doing what they can to investigate this issue. We believe that if more than 647 of those signatures were fraudulent, the Nevada Green Party was basically robbed of ballot access by fraud. We believe we should have been allowed to turn in the additional 1,200 signatures collected to cover this loss.”

Borghese added in an email published by Former Nevada Congressional Candidate Dan Rolle. “After I witnessed the fraudulent signatures, I contacted the owner of the company to make her aware of the situation as I was concerned that people working for her were committing fraud and I didn’t want the same to happen in Illinois where she was supposed to continue working. Immediately after she disappeared, her business disappeared, her business disappeared from the internet and no one has been able to find her.”

The Nevada Secretary of State denied the Green Party’s request for a recount of the signatures. “We also had three Hillary supporters file to block our lawsuit and we were assigned a judge that was put on the bench by Obama after being recommended by Harry Reid, making us feel like the cards were stacked against us.” Borghese added they suspect foul play, but are not able to disclose the legal steps the Green Party is pursuing at this time. 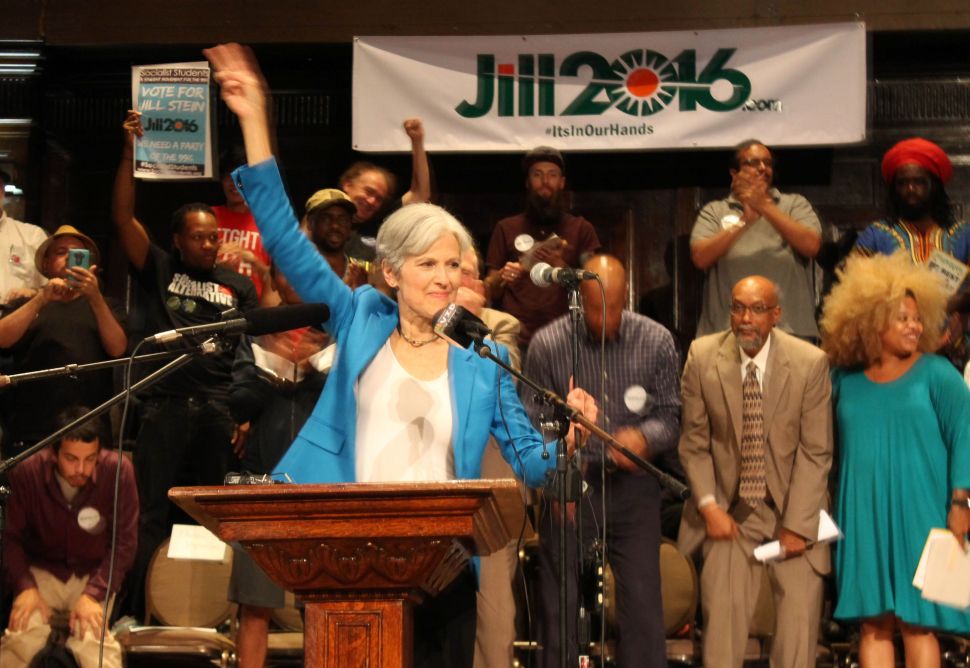