In February, Shaun King of the Daily News wrote that lower voter turnout in the 2016 Democratic primaries than 2008 was due to the Democratic National Committee (DNC) failing to get out the vote. “Consequently, party leaders (again, that’s code for Hillary supporters) have seemingly hosted fewer voter registration drives,” he wrote. “Doing so, would, in essence, be drives for Bernie Sanders. In some cases, party leaders are just skipping them altogether in many states and at college campuses.”

According to Politico, the Clinton campaign was freaking out over voter turnout in Florida among black voters, who helped President Obama win the state in 2008 and 2012. “Hillary Clinton’s campaign is in panic mode. Full panic mode,” Leslie Wimes, a South Florida-based president of the Democratic African-American Women Caucus, told Politico. “They have a big problem because they thought Obama and Michelle saying, ‘Hey, go vote for Hillary’ would do it. But it’s not enough. In the end, we don’t vote against somebody. We vote for somebody.”

For the past several weeks, Clinton and her supporters have focused on courting millennials, who overwhelmingly supported Sen. Bernie Sanders, but have been apprehensive in transitioning their support over to Clinton. While she still has more millennial support than Donald Trump, many millennials are supporting third party candidates, or opting not to vote at all.

It would appear the Clinton campaign has suddenly realized they actually need people to vote for their candidate in order to win. Focusing entirely on soliciting donations from elites in the Republican and Democratic Party can’t get Clinton to the Oval Office. This realization has produced more positive mainstream news coverage of Sanders than he received during the entire Democratic primaries, as the Clinton campaign and their supporters in the media eagerly cover every statement he makes against voting for a third party. Those Democratic Party members who opposed Sanders at all costs during the primaries now praise him.

In addition to failing to hold voter registration drives to the same extent they traditionally do, the Democratic Party and Clinton campaign did everything in their power to limit the pool of voters in the primary, as they would likely have favored Sanders over Clinton.

In an effort to portray all Sanders supporters as white, male sexists, Clinton supporters developed the Bernie Bro narrative into a major campaign issue. The mainstream media and Clinton campaign also drove the false narrative that Sanders couldn’t resonate with diverse demographics. By whitewashing the Sanders campaign, the Democratic Party and Clinton campaign silenced these demographics of voters who supported Sanders—yet are now clamoring for their support after treating them as second class citizens.

The Democratic Party did nothing but stand behind Clinton throughout the primaries while Debbie Wasserman Schultz tipped the scales against Sanders. The only reason Wasserman Schultz eventually resigned was because the WikiLeaks release of DNC emails disintegrated any plausible deniability of neutrality she had left. Still, no Democrats spoke out when Clinton immediately hired her.

Somehow 126,000 voters were mysteriously purged from voter rolls in the pivotal New York Democratic primary, in which independent voters were not allowed to participate. While the New York State attorney general refused to comment on the purge to the Observer, as their investigation is still ongoing, the Democratic Party made no efforts to ensure those voters could still have their voices heard in the primaries.

Similar debacles occurred in Nevada, Arizona, and California. Clinton supporters argue that Clinton received millions of votes more than Sanders, but what about all those millions of voters who were shut out of the Democratic Primary process for various, yet all undemocratic reasons? Clinton is not a presidential candidate who inspires, and her Democratic primary nomination was based on suppressing inspiration instead of surging on it.

The fear of Trump may be enough to turn out a victory for Clinton. However, there will be high expectations she must meet in order to develop favorable enough ratings to deter a Congressional Republican surge similar to that which President Obama and Bill Clinton faced during their tenures as commanders in chief. 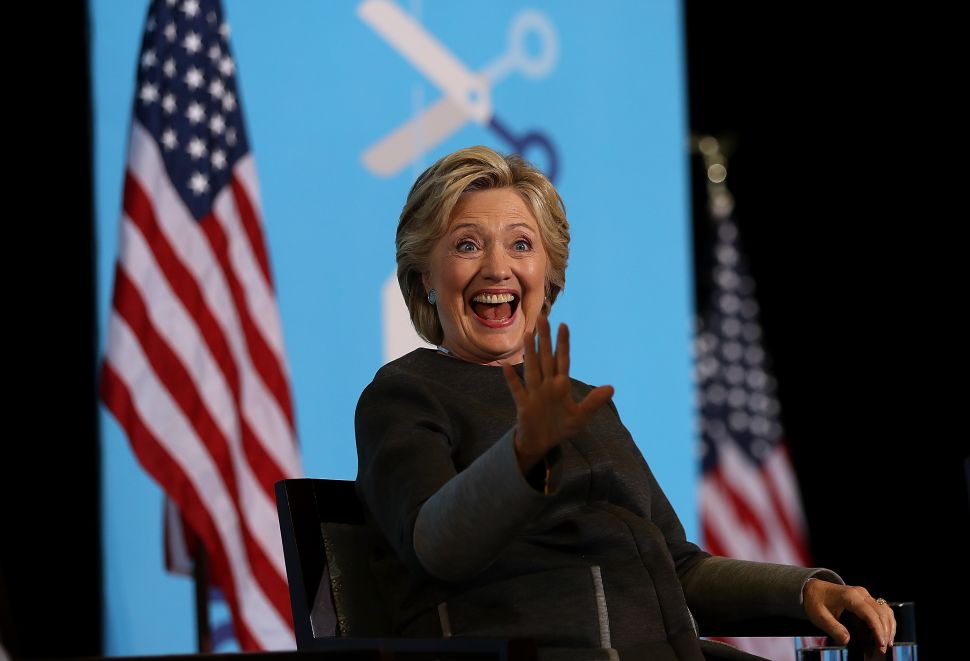