Virginia Governor and 2008 campaign manager for Hillary Clinton, Terry McAuliffe has once again become embroiled in a corruption scandal involving the Clintons.

On October 23, The Wall Street Journal reported a political organization run by McAuliffe donated $500,000 to the 2015 campaign of Dr. Jill McCabe, the wife of Andrew McCabe, current deputy director of the FBI. The Virginia Democratic Party also provided over $200,000 to McCabe’s campaign, who was recruited for the state senate run by McAuliffe and other Virginia Democrat Party leaders.

Dr. McCabe’s announcement for her state senate run in March 2015 coincided with the news that Clinton’s private email server existed. Her husband was in charge of Washington DC’s field office in July 2015, when the FBI investigation launched. That office provided personnel and resources to Clinton’s investigation, according to the WSJ.

At the end of July 2015, McCabe was promoted, and then promoted again as the number two to FBI Director James Comey. Toward the end of Bill Clinton’s presidency, Comey first became involved in a Clinton scandal as the federal prosecutor who took over for Mary Jo White in the 2001 federal probe of Hillary Clinton’s brother Hugh Rodham over his accepting $400,000 to lobby Bill Clinton for a pardon.

Though Dr. McCabe and her husband claimed to have followed all ethics protocols, the connection raises further questions into the political influence the Clintons had on the FBI investigation into Hillary Clinton’s private email server. The pervasive trend of corruption that seems to follow many of the Clintons’ close associates also raises concerns.

Clinton superdelegates Gov. Andrew Cuomo and Gov. Dannel Malloy are currently under corruption and ethics investigations. Immediately after former Democratic National Committee (DNC) Debbie Wasserman Schultz resigned in the wake of embarrassing DNC emails released by WikiLeaks, Clinton hired her as honorary chair to the Clinton Campaign 50-state program. Corruption is business as usual for the Clintons, and the brand of politics they and their close associates represent. 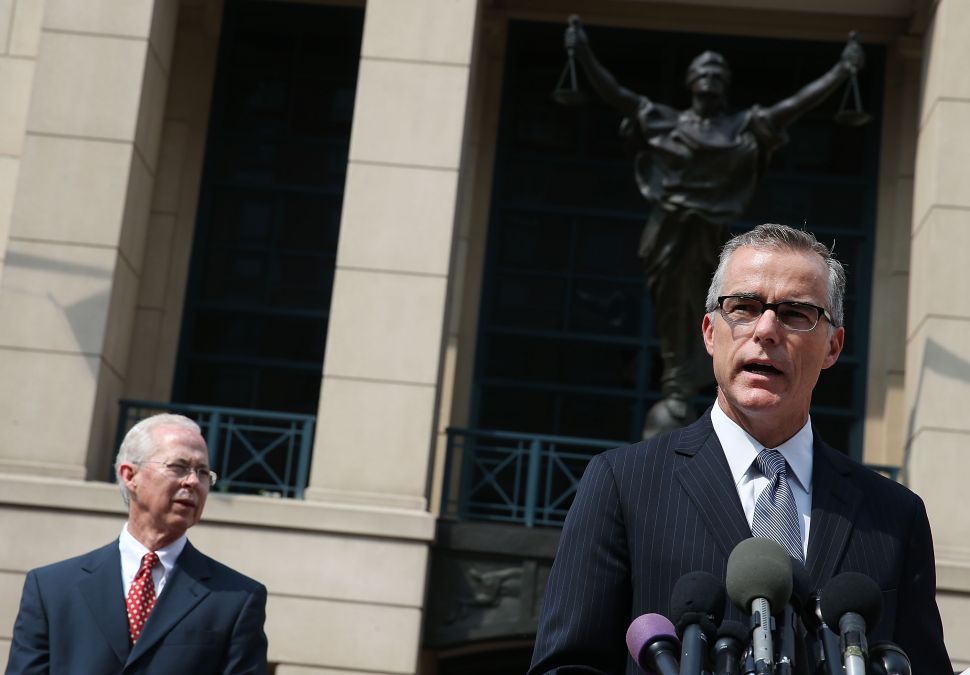