When Donald Trump sounds more progressive than the Democratic presidential candidate on an important issue, it should be alarming to see how corporate-friendly the supposed people’s party has become.

During a Pennsylvania rally, Trump claimed that the merger between AT&T and Time Warner would “destroy democracy,” and his campaign put out a statement criticizing the proposed $85 billion purchase.

Clinton campaign press secretary Brian Fallon told reporters on October 23, ““There are a number of questions and concerns that rise in that vein about this announced deal, but there is still a lot of information that needs to come out before any conclusion should be reached.” Hillary linton has only said the merger “raises questions and concerns and they should be looked into.” But Sen. Bernie Sanders has called on his supporters to pressure Clinton to publicly oppose it. “If Hillary Clinton is elected president we must do everything possible to make certain that her administration mounts a vigorous antitrust effort,” Sanders said in a statement to The Washington Post. “We must reject the AT&T-Time Warner merger. We need more diverse media ownership—not less.”

This type of hypocritical political expediency has been Clinton’s modus operandi throughout her political career. When she makes broad claims against corporate mergers and greed, she does it to reap the political benefits that come with this popular political stance. And when concrete examples of corporate greed arise, Clinton can remain neutral, yet maintain plausible deniability while simultaneously averting the political risk associated with picking a side. For instance, Clinton has a section on her campaign website outlining her support for Native American rights, but she has refused to offer any sign of support to the Native Americans protesting the Dakota Access Pipeline.

AT&T was initially broken up in the 1980s due to an antitrust case, but reconvened as a corporation in 2005. The merger with Time Warner would combine the second largest wireless internet provider in the United States with one of the country’s largest media conglomerates, which includes HBO and CNN.

The elites who could potentially make out big if the merger goes through includes the Investment Firm BlackRock, which is one of the largest shareholders of AT&T and Time Warner Inc. In March, David Dayen wrote an article for The Intercept describing the team of former U.S. Treasury staff BlackRock CEO Larry Fink had assembled at his firm to boost his chances of being appointed Clinton’s Secretary of Treasury. “Fink’s most telling hire, however, is Cheryl Mills, arguably Clinton’s most trusted confidante,” wrote Dayen. “Mills was Clinton’s chief of staff at the State Department, was deputy White House counsel in the Bill Clinton administration, and is on the board of directors of the Clinton Foundation. Fink hired Mills for the BlackRock board of directors in October 2013, in what observers mused was a ploy to insinuate himself into the Clinton inner circle.” Dayen also outlined the similarities between Fink and Clinton’s views on Wall Street reform and financial regulation. Clinton is the top recipient of donations from BlackRock in the 2016 election cycle.

The Vanguard Group, a major shareholder of AT&T and Time Warner Inc, paid Bill Clinton $400,000 for two speeches in 2012. The Clintons have an index account with the Vanguard group estimated between $5 and $25 million.

Hillary Clinton’s corporate worldview was reaffirmed in the speech transcripts released by WikiLeaks from Clinton campaign chair John Podesta’s hacked emails. Her empathy and loyalty lies with the wealthy rather than the public interest, because in Clinton’s view, the two are the same thing. “While Clinton is great at warring with Republicans, taking on powerful corporations goes against her entire worldview, against everything she’s built, and everything she stands for,” wrote Naomi Klein in an April 2016 article for The Nation. “At the center of it all is the canonical belief that change comes not by confronting the wealthy and powerful but by partnering with them.” This is what she does. Clinton’s neutral stance on the AT&T-Time Warner Inc merger is no surprise. She instinctively sides with wealthy corporations over the public interest every time. 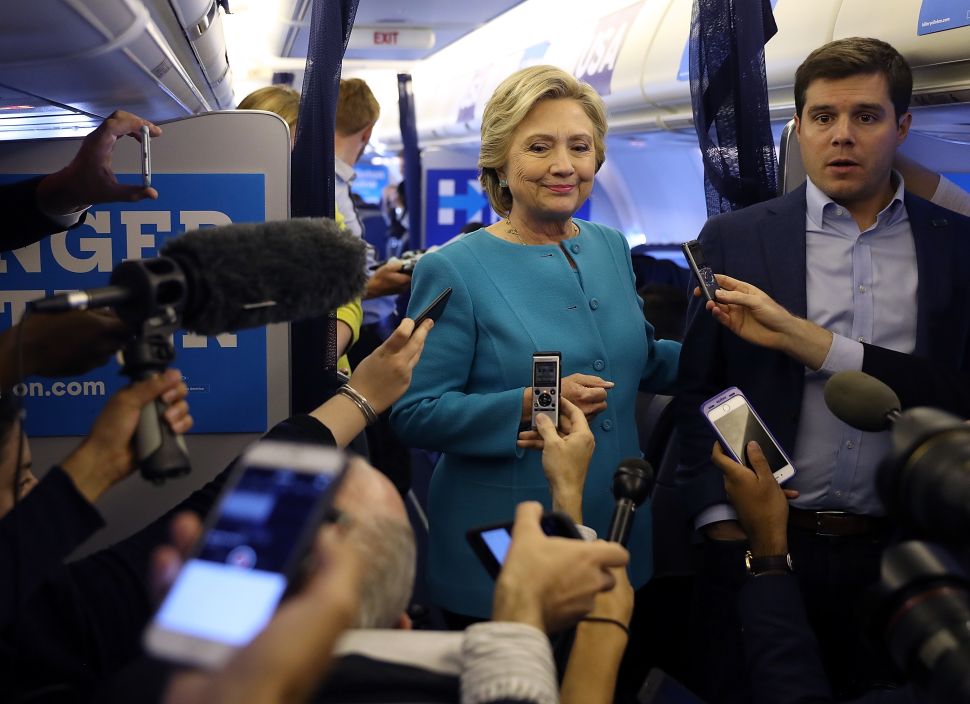