Hillary Clinton’s campaign manager today brushed aside Donald Trump’s claims the election next month will be “rigged” as desperate and pathetic ravings from an “unhinged” and “unraveling” candidate.

Addressing the press on a conference call this afternoon, Robby Mook dismissed the GOP ticket’s vague assertions that the media and various Clinton operatives are conspiring to steal the presidency through unfair coverage and voter fraud. This, Mook asserted, was merely further proof that Trump has recognized he cannot win the presidency in the face of plummeting polls and the continuing accusations of sexual misconduct against the mogul—misconduct he appeared to confess to in a video that leaked earlier this month.

“Donald Trump’s campaign is spiraling. He is desperately trying to shift attention from his own disastrous campaign, He knows he’s losing and he’s trying to blame it on the system. That’s what losers do,” said Mook. “This is part of the Trump campaign’s scorched earth policy. They are losing and trying to make excuses.”

The remarks followed Mook’s announcement that the Hillary Victory Fund, a joint fundraising effort of the Clinton campaign and the Democratic National Committee, will sink several million additional dollars in TV ads and mail for downballot races in battleground states. Those states include New Hampshire, North Carolina—which have competitive gubernatorial races as well as Senate contests this year —Ohio, Florida, Pennsylvania, Nevada, Iowa, Arizona and Wisconsin.

Mook said the Victory Fund will also commit cash to competitive House races in Maine and Nebraska—which accord electoral votes based on congressional district—and split a million dollars between state races in Indiana and Missouri, two normally rock-solid Republican states in presidential years. The coordinated campaign investments for the entire cycle will total $100 million by the campaign manager’s estimates.

“Democrats have a historic opportunity to elect not just the first woman president, but leaders across the country who will work with her,” Mook said, waving off a reporter’s suggestion that some voters might vote a split ticket. “Donald Trump is becoming more unhinged by the day, and that is increasing prospects for Democrats farther down the ballot.”

The Trump campaign did not immediately respond to requests for comment. 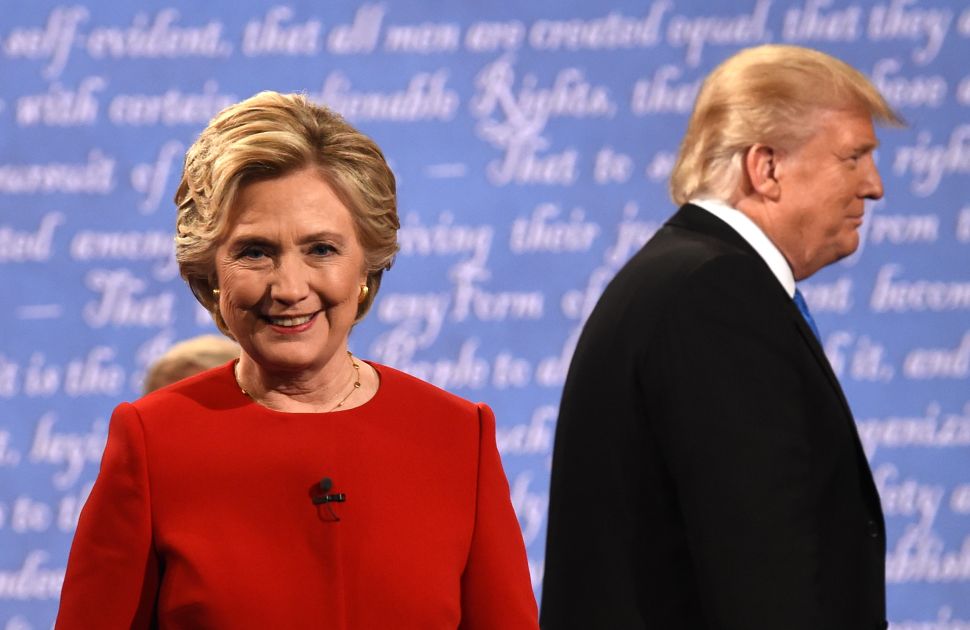