The first Clinton-Trump debate was Benghazi-less and all but criminality-less—but criminality wasn’t totally absent. In a brief exchange early in the debate, Donald Trump mentioned Hillary Clinton’s 33,000 missing emails.

Trump raised his hand. A high five? No. The Crooked Fifth. A gesture mimicking the act of swearing in a criminal court or before a congressional investigating committee that possesses the power to subpoena evidence and punish perjury.

The mainstream media and its Democrat operatives with bylines missed the significance of Trump’s raised palm, but I’ll bet the majority of viewers—Donald’s Deplorables, Hillary’s Utterly-Despicables and the undecideds—understood his gesture and reference. “Taking the Fifth” is what mobsters and other guilty real world crooks do when they know the DA or the congressional committee has the goods. Hollywood and television murder mysteries often portray “taking the Fifth” as a shameless and arrogant admission of guilt. As the guilty perp takes the Fifth, she grins sardonically, implicitly daring the cops, the prosecutors—perhaps an informed and non-Democrat presidential debate moderator, if there is such a creature—to prove the charge.

As a motif, taking the Fifth combines criminality and brazen evasion of justice. Trump’s gesture caught both in a single image. But then The Donald blew it and moved on.

In so doing Mr. Rookie Candidate missed an opportunity to force Ms. Perpetual Candidate—there, under the spotlights, on live television—to address the two great frauds she perpetrated during her stint as secretary of state in the Obama Administration.

Hillary’s two great frauds are linked at the hip… and cankles. I refer to The Great Benghazi Lie and the crime Democrat operatives-with-by-lines dub “The Email Scandal.”

Understand “The Email Scandal” is a befogging term employed to camouflage a complicated three-phased crime. This is the triple crime Trump called “disgraceful,” the crime upon crime upon crime that led Hillary’s aides and employees to “take the Fifth” to avoid implicating themselves in its linked illegalities and to avoid committing felony perjury in sworn testimony.

Media perjury? No problem. We can blame that on a short-circuit.

Felony perjury, however, is another matter. Even with a compromised FBI, felony perjury might have consequences. The House of Representatives began investigating the Benghazi attack and questioning the Obama Administration’s Great Benghazi Lie. Testimony wasn’t the only issue. The House had subpoena power. Providing inquisitive representatives and senators with Hillary’s Benghazi-related communications would expose the rogue email operation. Better start destroying evidence.

“Three-phased crime” accurately describes the linked illegalities, but it’s a dud headline. “Three-phased felony” is artsy—sounds like a court room accusation in a Law and Order episode. The Triple Crime echoes horse-racing’s classy Triple Crown. The Triple Crown’s big time, and so are Hillary’s felonies.

But Hillary’s triple isn’t classy. It’s ugly. It’s a living monster that began in 2009 and continues. Thanks to the FBI’s compromised director, Jim Comey, and an obstruction of justice operation with tentacles throughout the Obama Administration, Hillary’s disgraceful Three-Headed Crime is on-going.

CRIME 1: The Server Head. Hillary made a calculated decision to establish an off-the-books communication system (rogue email server) that she controlled. The system was designed to evade laws regulating the retention of government documents and thus evade scrutiny and accountability. The document retention laws exist for several reasons. The Freedom of Information Act (FOIA) that mainstream media types claim to love relies on these laws being enforced. Information tech specialist Bryan Pagliano and Hillary aide Cheryl Mills are Server Head’s human faces. The FBI gave both of them immunity in exchange for their cooperation in the FBI Director Jim Comey’s completely suspect investigation of Hillary’s Three-Headed Crime.

Hillary played fast and loose—with both her system and the law—so there’s no surprise the drip drip drip of accumulating evidence indicates her system was hacked. Hence poster for Loose Lips Head: Hillary whispering to Vladimir Putin.

CRIME 3: The Nixon Head. Let’s paste Richard Nixon’s face on The Nixon Head. Nixon Head is the criminal obstruction of justice perpetrated by Hillary and her key aides. It begins with The Big Hide. Hillary and her aides tried to hide evidence the rogue server existed and evidence they routinely mishandled of classified information.  If they thought the server was merely shady, they knew very well their mishandling of classified information was criminal. They ignored requests by State Department information technology personnel to use a secure system. The House Select Committee on Benghazi found evidence Hillary and her aides insistently ignored advice (from many sources, including career government personnel) that they comply with the communication and document retention rules.

This post by Jonathan Turley includes a timeline suggesting the firm destroyed subpoenaed evidence at the request of Cheryl Mills and/or Bryan Pagliano. Remember them, the human faces of  Crime 1, The Server Head? Turley initially defended Comey’s July recommendation that Hillary not be prosecuted. I didn’t. Comey clearly sold out the rule of law. Now that he’s learned the FBI dished out fast and loose immunity deals, Turley has changed his mind. He is astonished that the Justice Department “would give immunity to the parties on both ends of those communications—guaranteeing that a criminal prosecution is no longer a real threat.” However, his initial defense helped buy Hillary time and helped Comey deflect criticism. Delay. Obstruct. Then more damning evidence appears—but time has moved on. The election is now less than six weeks away.

For evidence of the obstruction of justice and delay operation, plow through the Benghazi committee’s proposed report’s Part IV: COMPLIANCE WITH CONGRESSIONAL INVESTIGATIONS like I did and the mainstream media didn’t.

Why on earth would they do that?

“What did he know and when did he know it” became a Beltway chant during Nixon’s Watergate scandal.

The FBI’s jaw-dropping revelation that Barack Obama used a pseudonym when he communicated with Hillary on her outlaw system indicates the President knew the system existed and was shady.

While interviewing Hillary aide Human Abedin “investigators showed the aide an email exchange dated June 28, 2012 with the subject ‘Re: Congratulations!’ Abedin did not recognize the name of the sender. Once informed that the sender’s name is believed to be a pseudonym used by the president, Abedin exclaimed ‘How is this not classified?’” reads the FBI’s summary of the interview.

As the report notes, President Obama claimed he learned of Hillary’s rogue operation in 2013—from press reports.

Did President Obama himself willingly participate in The Big Hide? Did Compromised Comey sell out the law to protect both Hillary and Obama? In the Watergate scandal, the FBI’s second-in-command provided Washington Post reporters with evidence of Nixon’s malfeasance.

How far the G-Men have fallen. Hillary’s Three-Headed Crime has compromised the FBI. 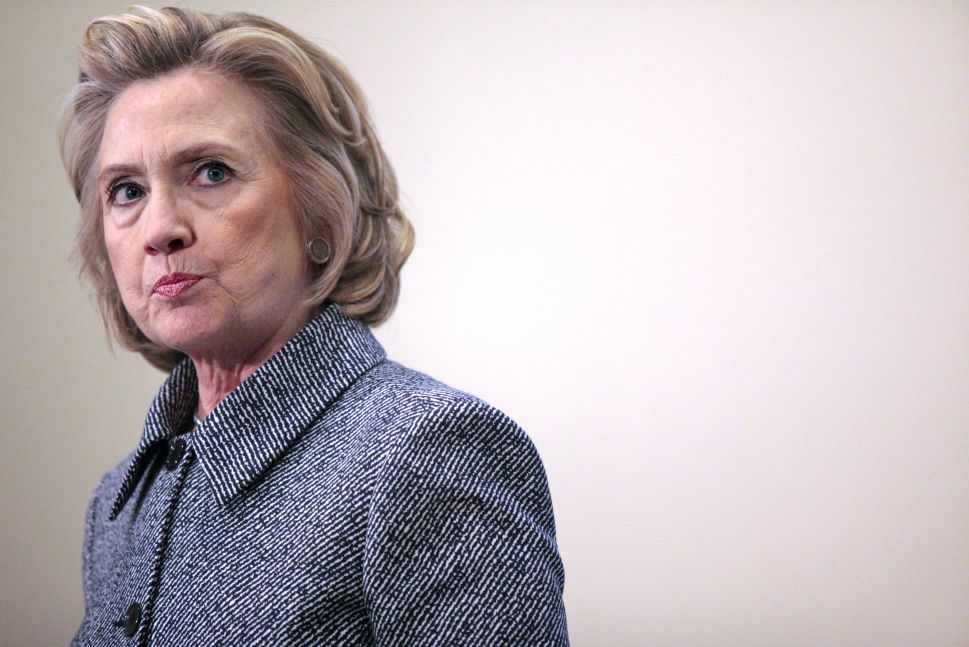