After the first presidential debate on September 26, CNN hosted a focus group at the University of Richmond.  According to Justin Smith, one of the 28 people included in the panels, CNN censored those who said they would be voting for a third party, declaring them “undecided.”.

“Out of 28 panel members, five said they were decided on Clinton, two said they were decided on Trump, and 12 said they were going to vote 3rd party. But once they saw the response, they reshot the segment and replaced ‘3rd party’ with ‘still undecided.’ You’ll noticed on the live feed, I refused to raise my hand,” wrote Smith in a Facebook post. Smith is supporting Evan McMullin, former CIA operations officer and former chief policy director for the House Republican Conference in the U.S. House of Representatives, for president. “They then said they were going to reshoot it, except this time they changed ‘3rd party’ to ‘undecided.’ Some of us asked about the third party option, and they ignored us. They then said they were going to shoot it again, and still asked for ‘undecided’ voters and left out ‘3rd party.’ A lot of the members voted ‘undecided’ because it was the only option other than Trump or Clinton.” Smith posted the CNN video of the focus group and wrote that in the video he refused to raise his hand and vote “undecided” as a protest.

In May, the Intercept obtained documents showing CNN published an Op-Ed they received from a Clinton Super-Pac, and published it under Atlanta Mayor Kasim Reed’s name when it was written by a lobbyist. The Op-Ed was a hit piece on Bernie Sanders.

Several pundits showcased on CNN throughout the primaries who praised Hillary Clinton failed to disclose their financial ties to the candidate. CNN contributor Maria Cardona appeared several times on the network throughout the primaries, but never disclosed that the lobbying firm in which she serves as a partner, Dewey Square Group, has helped raise funds for the Clinton campaign. Cardona, herself a superdelegate, donated directly to the campaign as well. In May, an Op-Ed attacking Sanders, written by Cardona, was in the WikiLeaks release of Democratic National Committee (DNC) emails that had been proofread by the DNC before publication.

CNN’s bias for Clinton was summed up in 2015 on air, in what was likely a slip-up that went unnoticed. On a segment debating when and if Clinton was going to announce her presidential campaign, CNN host Chris Cuomo said “she is doing what they call in politics ‘freezing pockets,’ because the donors are giving her money thinking she’s going to run, that means they are not going to have available money for other candidates if she doesn’t, and I don’t think she’s going to give it to them. We’ll see. We couldn’t help any more than we have. She’s got just a free ride from the media, we’re the biggest ones promoting her campaign.”

Suppressing third party candidates and their likely supporters directly benefits Clinton. CNN’s viewers are much more likely to be Democrat-leaning than Republican. By dismissing and disregarding third party candidates, CNN is pushing the narrative that Clinton is the only choice for voters. For many reasons, Clinton and Trump are the two least favorable presidential candidates of major parties in recent history. This political environment provides an opportunity for third party candidates to have their voices heard and reflect political views that are popularly regarded, yet don’t receive much attention in the Democrat and Republican Parties. By silencing these other presidential candidates, and by pretending “undecided” is another word for “third party,” CNN is subverting democracy to manipulate those who don’t want to vote for Clinton into doing so for lack of another choice. 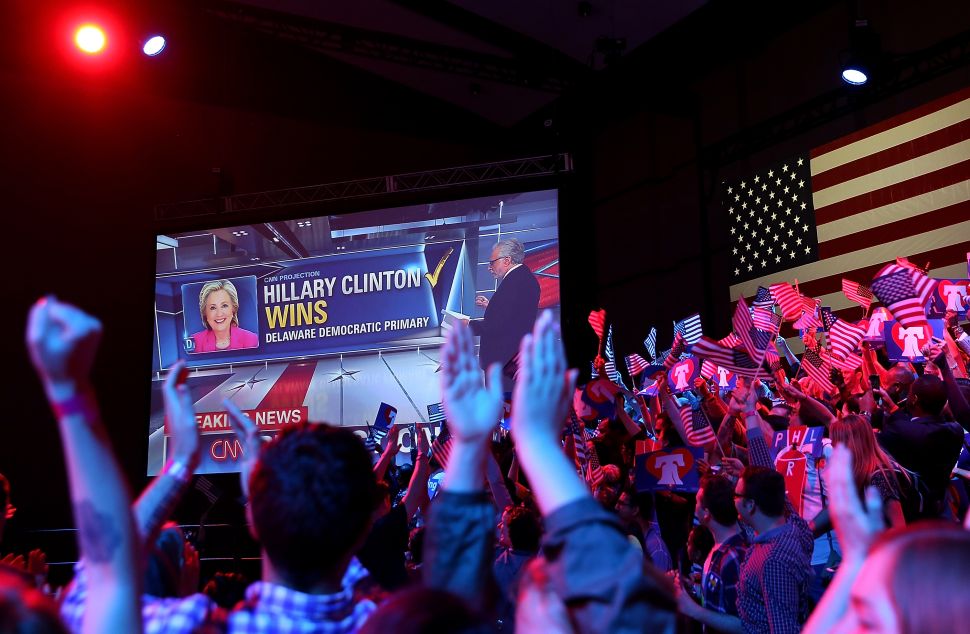