The Wall Street Journal is hoping to become a major player in the lucrative business of ranking colleges. In a long report it published last week, the Journal put forward what it calls “a new type of ranking” with “special emphasis on financial considerations—the outcomes students expect from attending a particular college or university.”

The Journal distinguishes its “fresh perspective” on more than a thousand colleges from the approach taken by publications that make the selectivity of a college critical to their rankings. But—surprise, surprise—the colleges the Journal favors are the ones that top most other lists. Stanford, MIT, and six Ivy League colleges are among the 10 schools that head the Journal’s rankings.

It’s hard to imagine whether Yale is ranked five and Harvard six or Harvard is ranked five and Yale six matters very much to most college-age students and their parents, but for colleges that don’t crack the top 40 or 50 number in a rating system, rankings like that of The Wall Street Journal can be a roadblock to reaching students who would be a good fit.

The college at which I teach, Sarah Lawrence, finished just over the edge of the first quarter of U. S. colleges rated by the Journal, and for us, that ranking is a disappointment. We believe we provide our students with a unique education based on close faculty-student contact.

Consider the weight The Wall Street Journal puts on the salaries a college’s grads earn 10 years after enrollment (as opposed to 10 years after graduation). It’s a very misleading statistic for weighing the value of an education.

Our college is not planning an official public response to our ranking. I understand such restraint. Protest from a college that didn’t get the ranking it wants sounds like sour grapes. If the colleges that finished high on The Wall Street Journal rankings complained, that would be a different story.  They would be saying they were praised for attributes that don’t seem as important to them as attributes that did not figure prominently in their evaluation

The trouble is that silence about how the Wall Street Journal has composed its college rankings lets the rankings stand unchallenged, and that’s a mistake.  The Wall Street Journal is far from a disinterested judge of colleges. In all too many areas its rankings are an extension of its conservative economic values that make homo economicus its ideal student.

Consider the weight The Wall Street Journal puts on the salaries a college’s grads earn 10 years after enrollment (as opposed to 10 years after graduation). It’s a very misleading statistic for weighing the value of an education. For colleges that see themselves as pipelines to the business world or Silicon Valley, the 10-year mark is fine.  But for colleges like mine, where grads often work in the arts or in teaching, the salary metric is distorting. Ten years after they began college, many of our grads who get Ph.D.’s will just be starting their careers.

Similarly misleading is how the Journal ranks the intellectual ability of faculty. “We look at the number of published scholarly research papers per faculty at each institution,” the publication notes in its methodology section. In numerous colleges turning out an endless stream of papers for peer-reviewed journals is the key to tenure.  But product is hardly more important than quality when it comes to judging faculty. In my college and others like it, many of the most thoughtful faculty write books designed for the general reader, not a small circle of their fellow Ph.D.’s. One of our best teachers, a Pulitzer Prize-winning poet, is a gifted critic, but the last thing that he does with his time is grind out research papers.

Finding fault with a ranking system like the Wall Street Journal’s doesn’t relieve a college of the responsibility it has for making a positive case for what it does well. That goes without saying.  The problem is that a powerful publication like The Wall Street Journal can through a prestigious ranking system make it very difficult for a college that doesn’t win its favor to have its case even heard.

According to a Public Agenda study, the ratio of high school students to high school, college guidance counselors in the country averages 460 to 1.  For many students and their parents, turning to a ranking list is an unavoidable starting point for selecting a college. In these all-too-common situations, a college-ranking list like The Wall Street Journal’s has extraordinary power—especially when it doesn’t acknowledge its biases.  As Jeffrey Brenzel, the former dean of admissions at Yale, observed in the wake of The Wall Street Journal’s ranking report, “Make no mistake: the publication of college rankings is a business enterprise that capitalizes on anxiety about college admissions.”

Nicolaus Mills is chair of the literature department at Sarah Lawrence College and author of Winning the Peace: The Marshall Plan and America’s Coming of Age as a Superpower. 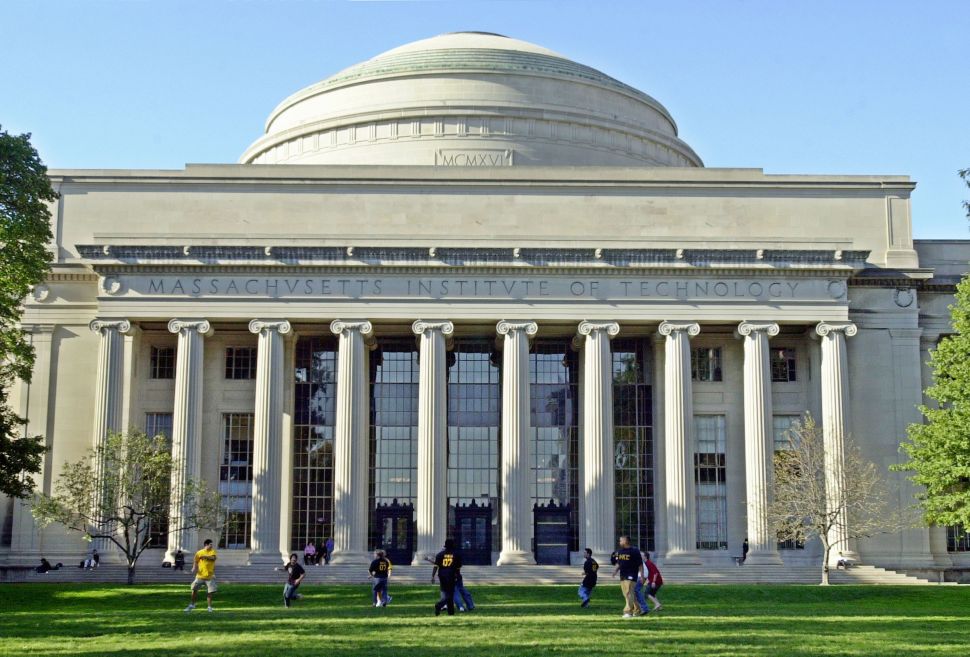