Jimena Almendares left her most recent job, as chief product officer in charge of app development and marketing at OKCupid, a couple of months ago, but in some ways she is busier than ever. She wants to take on a role involving operations or venture capital next, so she spends a lot of time attending conferences and meeting with CEOs.

Almendares has also become something of a mentor to young entrepreneurs, helping them figure out the best way forward. She knows of what she speaks—aside from OKCupid, she’s worked at Eventbrite, Facebook, Zynga and Meetup. She’s also used to sudden job changes—she was a champion ice skater in Mexico before an injury sidelined her career.

We spoke to Almendares, who lives with her partner in Manhattan, on a cool Wednesday evening, right before she flew to Dallas to speak with a group of MBAs.

I grew up in Mexico. In high school I was three time national ice skating champion. I was gonna leave school to focus on the Olympics, but I got injured and had to take a break for two months. Then I was one of five people in Mexico to win a UNESCO scholarship, which opened me up to a range of perspectives—I quit ice skating and started learning languages. I started college in Mexico and did an international program in Paris—that exchange program turned into finishing my college degree there. My degree was in international business, so I focused on analytics. I was a strategy consultant for almost five years—my clients included Nokia.

If you want to work in tech you have to come to the US, because that’s where the action is happening. I went to MIT for grad school and started connecting with a lot of people—I worked at Eventbrite and Facebook in college. After school I went to work at Zynga and then came to New York City, where I was director of product at Meetup before coming to OKCupid in 2014.

My title at OKCupid wasn’t related to diversity, but it’s what you should care about as a leader.

My title at OKCupid wasn’t related to diversity, but it’s what you should care about as a leader. Diversity is anything—women and men, different colors, different nationalities. We wanted to show that social enterprise isn’t just a nonprofit issue—any site can have a good impact on its users. Small changes to a product can have a ripple effect on other social networks to be more open. OKCupid lists 22 genders and 13 sexual orientations, and there’s also an information site called Identity so people could find the definitions of the words. That was my big focus before I left a couple of months ago.

I wake up around 7:00 and go to a spinning class. I work out for about an hour while listening to music, then shower, and every morning I have oatmeal and coffee for breakfast. Then I hop on the subway.

Usually I have meetings from about 9 AM on, with CEOs or executive recruiters. Every day changes—like yesterday I met for a couple of hours with a large VC fund and brainstormed. I usually take the time in between jobs to reconnect with people. I want to dig a little deeper and fall in love with a new opportunity.

If I’m in an office I usually will order from Seamless for lunch. I tend to eat very similar things—kale salad, tofu and vegetables. Every single breakfast and lunch is the same every single day because my partner is vegetarian.

A lot of the meetings aren’t just about work. Last week I met with Gary Chou, who worked at Union Square Ventures, and his class at the startup lab Orbital.  I help mentor people who are just starting their careers and may not be giving themselves the best options—I brainstorm with them so they don’t spend $200,000 on a graduate degree they might not need. Recently I counseled an MBA student about how to make decisions and be more analytical—she cared more about being able to pay off loans than getting compensation.

I’m really interested in peoples’ development. There are very few women in executive positions in tech, so people on the diversity side are more interested in talking with someone like me, and now that I have time I love making myself available. I need to spend a lot of time with teams.

Tonight I’m flying out to Dallas to give a keynote. I’m talking with MBAs about resilience, so I have to figure out what I want to leave them with. 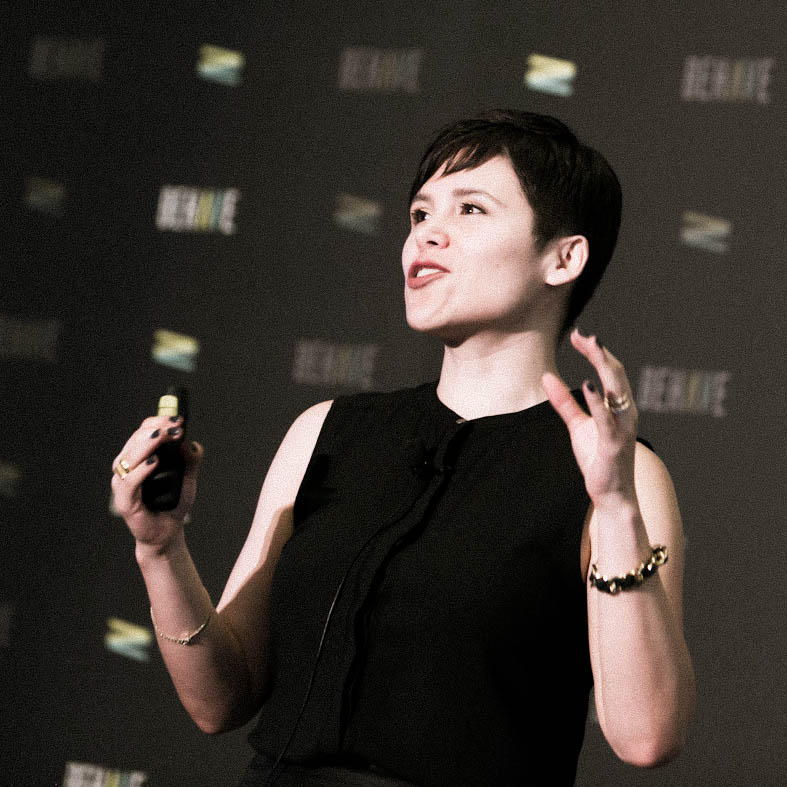