Let’s be blunt: Democratic Party operative Robert Creamer used terror to wage war on honesty. Until forced to resign his post as a “consultant” with a Democratic Party-aligned organization named Americans United for Change, Creamer ran what amounts to a domestic U.S. political terror and propaganda operation dedicated to undermining the 2016 U.S. presidential election—“rigging the election,” to use the current term.

Creamer resigned as an official consultant because Part One and Part Two exposed him. His operation, however, remains active and continues to do damage. The election rigging scheme he commanded relies on street thuggery. That means physical fear—terror—is a core component of Americans United for Change’s crooked enterprise. Street thuggery is very low-level terrorism, but it is a type of terrorism nonetheless and it is wrong to call it otherwise. Hardboy muscle, bottles and two by fours are street thuggery’s kinetics. Bottles and baseball bats are not Al Qaeda’s high explosives—but they incite fear and when they crack heads they cause casualties. People bleed. Street thuggery as an arm of politics is violent, criminalized politics on an ugly downward slope to much worse, the worse including lynchings and pogroms. If you don’t think street thuggery is terror then consider Kristalnacht.

Creamer and his despicable compadres haven’t killed anyone, not yet. But this year Creamer and his operatives have used the terror of actual physical attack and a supporting suite of provocation tactics (threat tactics) to successfully shatter several lawful political rallies held by Republican candidates. Creamer’s media component insures that the violence committed by Creamer thugs and the violence they provoked generates sensational violent imagery and sensational reports of violence for dissemination by other media. The result is sensational propaganda benefiting the Democratic Party and its fawning media. See those Republicans? See the violence??!!

A vicious enterprise? Yes, through and through. The despicable scheme wages all-out war on honesty.

At the time, the violent incidents didn’t strike me as random. Project Veritas videos Part One and Part Two provide strong evidence that the violence and intimidation and subsequent media accusations were calculated policy. Note in the Guardian’s report on San Jose, Clinton’s campaign chair said “Violence has no place in this election.”

This second article reports that Trump supporters in San Jose were not only chased, they were brutalized.

If you’re a Democrat crook, in Obama’s Crooked Era you escape accountability for dreadful crimes.

Looks good. I’d tether the challenge around her interview. Perhaps the day before. On her speech–my preference would be dot stick to sanders and only engage GOP. Curious if digital team has other ideas on what we could build around the interview or la Raza to elevate the challenge piece.

Violence has no place in this election, so say you John Podesta. Why John, I absolutely agree. So use your noggin’, John. Apply logic—you know, P implies Q.

No violence, John. But your side generated the violence, John…so that means you and Team Clinton have no place in this election, either. Withdraw, now, John. QED.

Well, the Democrats have Media Privilege.

Iowahawk’s (David Burge) famous quip applies to Creamer and Hillary, “Journalism is about covering important stories. With a pillow. Until they stop moving.”

He is a follower of political radical Saul Alinsky, an Alinskyite of the old hard left school.

He is the author of a hard left guide to politics and political action, “Stand Up Straight” (published in 2007).

He’s a progressive lefty thinker and writes for Huffington Post and he supports Obama’s Iran agreement, because, you know, peace man—Republicans are war, man.

He’s also a convicted crook. Creamer did a stint in the pen for “tax violations and $2.3 million in bank fraud in relation to paying checks with insufficient funds, to fund his public interest group in the 1990s.”

But Robert Creamer has access his wife doesn’t seem to have. Creamer has visited the White House 342 times and met with President Barack Obama at least 45 times. Note Zerohedge uses a screen shot of White House visitor logs to document the visits with Obama.

Until now. The husband of a member of the House of Representatives has suddenly disappeared from view, unavailable for comment, smothered by the mainstream media pillow. He’s become another Democrat un-person—a man who never existed, akin to the curiously-disappeared Jonathan Gruber, the MIT prof of ObamaCare and “the stupidity of the American voter” infamy.

Time Magazine had to diss Project Veritas’ James O’Keefe, but that’s expected. O’Keefe’s a rebel upstart and Time is a mainstream outfit that favors liberals. Time is the fuddy duddy establishment that didn’t do the investigative field work. “Lots of tape not much context,” Time sniffed as it began its assessment.

Yet Time’s article undermines its own silly sniff. The context is omnipresent. The attacks on Trump supporters are fact. Creamer and The Hideous Scott Foval have resigned and run—and that is context.

I’ve gone through the Project Veritas videos. They are linked at the top of this essay.

Early in Part One The Hideous Scott Foval crows that Americans United for Change has  a telephone “text conversation that never ends” which ultimately links to the Democratic National Committee. At 2:54 he tells an undercover Project Veritas reporter that “I am contracted to him [Bob Creamer], but I answer to the head of Special Events for the DNC and the head of special events and political for the campaign.” The campaign is Hillary Clinton’s campaign, the one John Podesta chairs.

One of the highlights in Part Two comes early, at 43 seconds, when an excited Creamer operative says “We’ve been bussing in people for 50 years and were not going to stop now.” What’s he talking about? Massive voter fraud. Oh yes, fraud of the size that steals elections.

Proceed through the video and The Hideous Scott Foval provides a “how we do it guide” to election rigging.

The Hideous Scott Foval says his team uses shell companies to hide the operation. At 5:30 he says car companies provide individual cars, the paychecks for fake voters come from another company.

Part Three links Hillary to Creamer’s campaign malfeasance. Around 4:00 Creamer and other operatives are discussing introducing a “Chicken George” character to the 2016 election. In 1992 a mocking mascot named Chicken George heckled George H. W. Bush. What character should heckle Donald Trump? At 4:20 Creamer credits Hillary Clinton herself with insisting on ducks—Donald Ducks.

The Duck Clincher occurs around 10:00 as Creamer says that ABC—which is owned by Disney—had an issue with using Donald Duck. Donna Brazile didn’t want Donald Duck tied to the DNC. So they tied the duck to Americans United For Change.

Follow the video to the end. Clearly the DNC and Americans United For Change have coordinated operations. Their duck muck violates election laws. These people are despicable. They’re Hillary’s Utterly Despicables.

Look, if this was a tea party group coordinating with the Trump campaign to incite violence at Clinton rallies or NAACP events or whatever, we know exactly what would be happening. This would be Justice Department fully investigating this for civil rights violations and all sorts of things. This is a Justice Department and an FBI that is dolling out justice based on your politics. If you support Clinton, if you are Clinton, you can engage in all sorts of misbehavior without consequence. If you are the IRS commissioner or an attorney general who is held in criminal contempt, he would give you a pass. You don’t face justice under this administration.

Well said. If you’re a Democrat crook, in Obama’s Crooked Era you escape accountability for dreadful crimes. This is despicable. Utterly despicable. 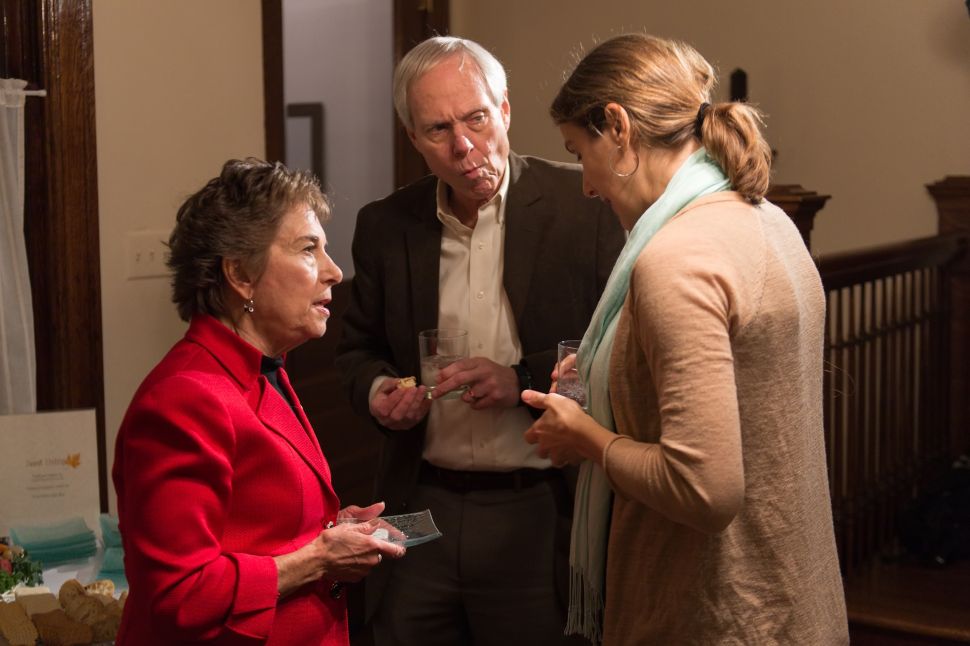