Democratic National Committee (DNC) lawyers responded on October 14 in support of their motion to dismiss the class action lawsuit against the DNC and former chair Debbie Wasserman Schultz, maintaining that a fair and balanced Democratic primary is just a “political promise.”

“Courts have uniformly rejected attempts to litigate on the basis of purported political promises, including ‘statements of principle and intent in the political realm’” wrote the DNC lawyers. “These decisions have not always been explicit in their reasoning, but they reflect the long-standing judicial understanding that, because they inherently raise serious questions of justiciability and threaten core First Amendment rights of political speech and association, “[p]olitical squabbles are not as easily resolved in federal courts as are some other disputes.” Wymbs v. Republican State Exec. Comm. of Fla., 719 F.2d 1072, 1077 (11th Cir. 1983) (citing Baker v. Carr, 369 U.S. 186, 281-85 (1962)); see also Berg, 574 F. Supp. 2d at 529 (“[V]oters are free to vote out of office those politicians seen to have breached campaign promises,” but “[f]ederal courts … are not and cannot be in the business of enforcing political rhetoric”); Dornan v. U.S. Sec’y of Def., 676 F. Supp. 6, 7 (D.D.C. 1987) (holding action based in part on political promise nonjusticiable); see also O’Brien v. Brown, 409 U.S. 1, 4-5 (1972); Irish v. Democratic Farmer-Labor Party of Minn., 399 F.2d 119, 120-21 (8th Cir. 1968)”

The DNC lawyers’ argument here is that the charter’s demand that the chair and DNC staff remain neutral throughout the Democratic primary is a political promise, similar to policy proposals made in campaign platforms that aren’t fulfilled when in office. The lawyers cite an argument made in another court case stating that voters are free to vote out politicians. In their initial motion to dismiss the lawsuit, DNC lawyers argued Bernie Sanders supporters were aware the DNC and Wasserman Schultz were biased against their candidate. Now their argument is a neutral DNC and DNC chair are just political promises, leaving voters susceptible to the deception that the DNC would treat Clinton and Sanders equally. The lawyers argue liability only applies to consumer-merchant relationships

“The DNC may, within its First Amendment rights, chose to amend its rules to eliminate the provision upon which Plaintiffs’ theory relies,” added the DNC lawyers, arguing that because the DNC can amend its rules so its chair and staff don’t have to remain neutral or impartial in the Democratic presidential primaries, the court cannot render a ruling on the rule.

These DNC lawyers are the same counsel Hillary Clinton used throughout her presidential campaign. In a WikiLeaks release from Clinton campaign chair John Podesta’s emails, attorney Marc Elias provides the Clinton campaign with an outline on how to legally coordinate with Super PACs.

The arguments made by the DNC’s lawyers were proven invalid after the WikiLeaks dump of emails resulted in the resignation of Wasserman Schultz and three other top staff members, who were exposed to be working against the Sanders campaign in favor of Clinton. Despite Wasserman Schultz’s disgrace, Clinton immediately hired her and establishment Democrats supported her reelection bid to Congress.

Sanders supporters deserve some sort of restitution for the Democratic primaries, as their voices were silenced by the DNC’s efforts to elect Clinton. It would set a dangerous precedent to allow the DNC and Clinton to walk away from the primaries and win the presidency, with no meaningful reforms to address the issues that subverted the democratic process.

If this is how it’s going to be, Democratic presidential candidates will have no reason to specifically court voters in the primaries. Instead they will instead focus on gaining influence within the DNC and Democratic Party leadership, so that behind the scenes, those officials can manufacture consent for their preferred candidate’s coronation among the Democratic Party’s registered voters. 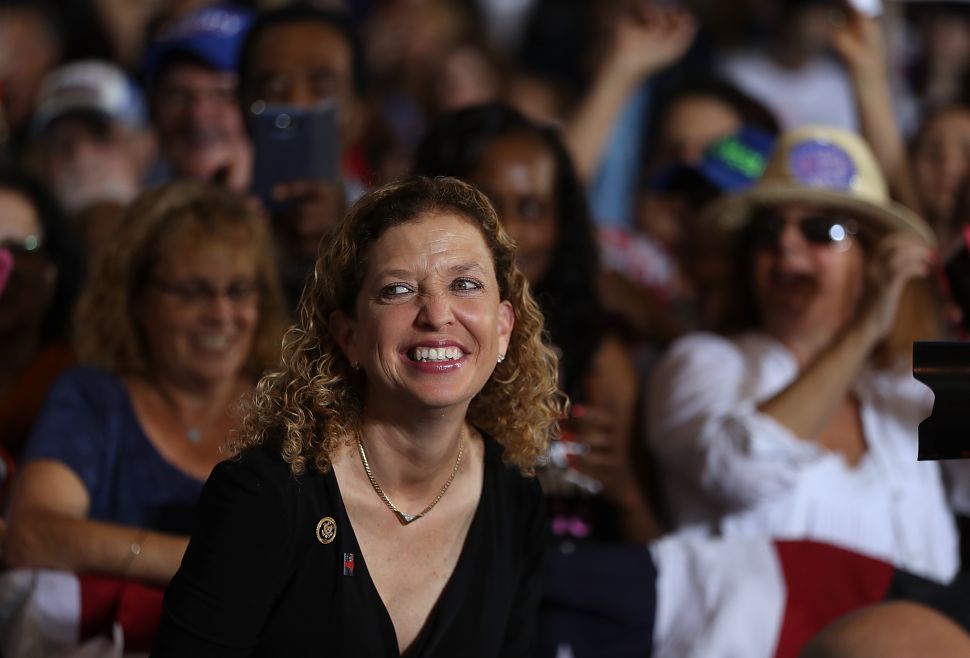