GUADALAJARA, MEXICO—The UN has commenced a remarkable initiative that will enable developing nations to have access to space. To do so, the United Nations Office for Outer Space Affairs has partnered with private space firm Sierra Nevada Corporation to utilize the company’s unique Dream Chaser vehicle for affordable unmanned scientific missions to low-Earth orbit that will begin in 2021.

According to the announcement made at the International Astronautical Congress, these missions will promote the peaceful use of outer space and foster collaboration between nations without space programs. To learn about the Dream Chaser’s development and the possibilities that will emerge because of the UN’s partnership with SNC, the Observer sat down with, Mark Sirangelo, the Colorado-based company’s Vice President and the pioneer behind this groundbreaking project.

What is Dream Chaser and why is it such a special spacecraft?

Dream Chaser is essentially the next version of the Space Shuttle and we started developing it about 10 years ago while the Shuttle was still flying. We realized at some point that program would stop and wondered what would be next or what would become Space Shuttle 2.0.

The Shuttle was a big moving van. If you were moving from New York to Los Angeles you would need a big van with a small cab up front and a large cargo area in the back. Similarly, the Space Shuttle was used to build the infrastructure in space, mainly the International Space Station. Now that it’s built, you don’t really need a moving van. You probably want a good SUV to get you around.

So we set out to build what we call a Space Utility Vehicle that would be convertible to do many different things like taking up cargo to keep the space station running, and taking up several passengers. It’s about having something that’s much less expensive, reusable like the shuttle, and can be multiple vehicles in one.

We started development of the Dream Chaser in 2005 and for the first five years we did it on our own. We then began getting the attention of NASA who would partner with us. After losing five different contracts, we eventually won a long-term contract to be NASA’s spacecraft that will deliver supplies to the International Space Station.

It’s a pretty cool vehicle in a lot of ways. It’s a green vehicle in the sense that it doesn’t have any hazardous materials on board. We can actually land at airports around the world. We can land anywhere a 737 can land. In fact, there are at least a dozen different airports looking at getting qualified to be a landing airports for space.

What is the process to become qualified?

They have to go through the FAA, it’s like qualifying to be an airport. Interesting enough, two have gone through most of the process. One is in Houston, Texas and the other is in Huntsville, Alabama—a commercial airport. We realized that we’ve got something special because we’re the only vehicle that can do this.

That’s when we began looking beyond NASA to see what else we could do with the Dream Chaser. We asked ourselves, what can we do for business? And what can we do for the good of humanity? So we started looking at ways for providing the vehicle.

NASA or the US Government does not own the vehicle, so we can do other things with it. We could contract it out to other countries who would like to have a space program, other space agencies, companies that may want to do manufacturing in space. So one of the ideas we came up with to show how Dream Chaser could do good for the world was our new partnership with the United Nations Office for Outer Space Affairs.

What sparked this new relationship between the UN and Sierra Nevada Corporation?

I met the very progressive leader of UNOOSA, Simonetta Di Pippo, and we sat down to discuss an idea. It was pretty simple: Dream Chaser can be a floating laboratory in low-Earth orbit, so why don’t we offer it to countries that don’t have access to space?

Dream Chaser is about the size of a 50-75 passenger regional Jet and with that space we could have about 25-30 laboratory slots. We proposed that UNOOSA could act as the organizer of this and create an opportunity for countries who don’t have a space program to get access to a laboratory aboard the vehicle.

We thought it would take years for the UN to approve the program but it took only six months. It’s moved rapidly because of the positive mission and it’s something to show the world is moving forward. This was also a way to create some excitement about space exploration.

An opportunity like this for a country that’s never had access to space could be the biggest thing that country does for that year. Some young man or woman who lives in that nation, could be inspired by this. This program could promote the peaceful use of space and could also benefit a lot of young people around the world who could potentially have their experiments flown to space on Dream Chaser.

What would be the process for a developing nation to fly a mission on Dream Chaser?

The UN would put together a high-level scientific panel that could review applications from different nations. Sierra Nevada would give them a set of parameters for what can actually be done in space aboard the Dream Chaser. Nations would come to us with what they would like to do. The idea is to open the program to the global community and we hope it will be successful.

We are targeting 2021 for the first mission, 5 years from now. It sounds like a long time but for the space industry but it’s not. Dream Chaser is already built so we don’t have to spend money to get it in operation for this program. We just have to adjust it to house the laboratory. Remember, it won’t go to the International Space Station, it will remain in orbit as a floating lab.

What other ways could a nation benefit from utilizing this program?

When people send experiments to space, they don’t usually come home. Just the data does. And that’s because there isn’t a vehicle with the ability to do that. Dream Chaser would come home with the scientific hardware it takes up. This means that countries that invest in their experiments would be able to retrieve it and be able to update or fix it and we can fly it again. It’s a very unique concept. Plus, landing anywhere in the world could be a big deal for a developing nation—to have scientific experiments from space land in your home country. 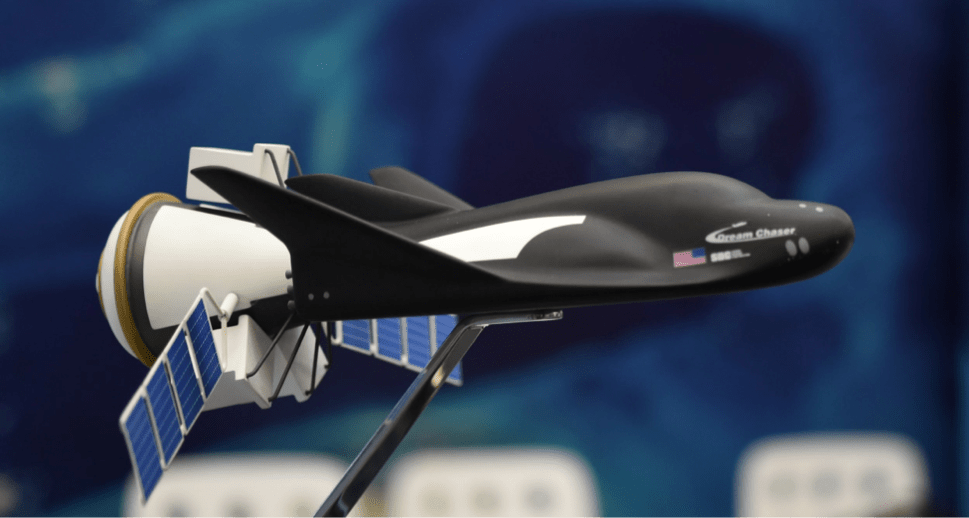