Kremlin cyberespionage against the Democratic Party and Hillary Clinton’s presidential campaign has become a prominent feature of this election year, particularly as we close in on November 8. The torrent of revelations exposed by Wikileaks with its stolen emails in recent weeks about the inner workings of Team Clinton has proved an embarrassment to the Democrats at the worst possible time.

This, of course, is no coincidence. It’s been obvious for years, to anyone acquainted with Russians and counterintelligence, that Wikileaks is a front for the Kremlin. In the past, Julian Assange and his self-styled “privacy organization” tried to obscure its true allegiance, but in 2016 that mask fell. In truth, there is no “Wikileaks,” which is no more than a fence for Western information stolen by Russian spies. What we call Wikileaks is really just the figurehead Assange, a few hangers-on, and the Kremlin’s powerful intelligence agencies.

The Russian hand behind Wikileaks is now so evident that our Intelligence Community recently took the unprecedented step of outing the group as a Kremlin pawn. For four years, Assange has waged Moscow’s online propaganda war against the West from the safety of the Ecuadorian embassy in London, where he’s been hiding from rape charges in Sweden, with impunity. That’s over now.

Western governments have had enough and are finally getting serious about Wikileaks and its Kremlin ties. This week the Ecuadorian foreign ministry cut off Assange’s internet access—his transparent efforts to meddle in an American presidential race and elect Donald Trump had become too much for his hosts to stomach. That the British bank accounts of RT (formerly Russia Today), Moscow’s government propaganda network, were frozen the same day Assange lost his wifi indicates that Western countries are now working together, fighting back in the SpyWar against Russia.

That SpyWar has been heating up throughout the year, as Vladimir Putin’s efforts to bully the West with its stolen secrets have gone public. Fighting back takes many forms, not all of which will be seen by the naked eye. Statements from the White House that it’s planning to push back against Moscow in the cyber realm, as retribution for Wikileaks’ attacks on Team Clinton, reflect just one portion of what the West is doing to combat Russian hacking.

The Federal Bureau of Investigation has been ordered to bring any of those hackers it can track down into custody to face prosecution. That’s a tricky matter thanks to questions about international jurisdiction, plus the fact that most of the evidence against Russian hackers is highly classified. Nevertheless, in recent months the FBI has intensified its efforts to bring these cyber-criminals to justice, building cases against them in secret. They’re off-limits if they remain in Russia, but any hackers who are unwise enough to travel to the West could be arrested.

Cooperation among Western security agencies is the critical piece of this puzzle, and we now have proof that it’s working. Yesterday, the Czech police announced that they arrested one of the wanted Russian hackers in a joint operation with the FBI. The arrest actually happened in Prague on October 5, but authorities in the Czech Republic had kept it out of the news for nearly two weeks.

Although the hacker’s name has not been released, video of the arrest, provided by Czech police, shows how it went down. Accompanied by his girlfriend, the Russian drove into the heart of Prague, the Czech capital, in a high-end automobile, to a swank hotel. The went to the hotel restaurant, only to be confronted by police, who moved so quickly that the Russian had no time to resist.

Indeed, he was so stunned by the appearance of the police at his table that the suspect fainted and was subsequently hospitalized. He is now in custody, awaiting an extradition request from Washington. The United States has 40 days from his arrest to ask for the Russian to be sent here to face charges, but Czech justice authorities today stated that they have yet to receive any American extradition request.

We don’t know specifically what hacking the Russian stands accused of, although Czech police have stated that he had perpetrated cyber-crimes against Americans, and he was wanted on an INTERPOL Red Notice—an indication that the FBI wanted to get their hands on this man rather badly. Suspicion that this Russian is involved in cyber-espionage against Hillary Clinton and the Democrats is strong, although Western intelligence is being unusually tight-lipped about this case—which is typically an indication that it’s a big deal indeed.

On cue, the Russian embassy in Prague has stated they know nothing about any hacking by their citizen in Czech custody, while protesting that the United States has no right to arrest Russians abroad for cyber-crime.

Exactly what this Russian hacker was doing in Prague is an important question. There’s a vibrant hacker scene in the Czech capital, with more than one wanted cyber-criminal hiding out there. Dylan Wheeler, the Australian who’s accused of hacking into Microsoft and the U.S. Army, was laying low in Prague earlier this year, after escaping from the FBI’s clutches in his native country.

However, Prague is even better known as a playground for Russian intelligence. Since the Cold War’s end, the Czech Republic has been a favored destination for Mafiosi and spies from Moscow—those two groups often indistinguishable from each other. Aggressive operations by the Russian Foreign Intelligence Service (SVR) and Russian military intelligence (GRU) in the Czech Republic have grown so serious that Prague recently took the rare step of calling out Moscow on its misbehavior.

Last month, in its annual security report released to the public, Czech intelligence noted the unusually large contingents of SVR and GRU operatives posing as diplomats in their country, adding that they are working to clandestinely subvert Czech society and politics. Prague denounced Russia’s “information war” which, it stated, aimed to “destabilize or manipulate Czech society or the political environment at any time.” That a wanted Russian hacker showed up in Prague may therefore be no coincidence.

There’s good news for the West here. As the Czech police explained, the hacker was arrested only 12 hours after they got a tip-off—presumably from the Americans—that the Russian was entering their country. With the FBI’s help, the Czechs got their man, quickly. Western intelligence cooperation in the SpyWar is working better than ever.

There’s still much work to be done. President Obama is now taking the Russian espionage threat seriously, as he’s leaving the White House, after years of low-balling it and even denying that it existed. Cynics have noted that Obama didn’t take much action against Russian spies and their cut-outs when they were attacking American intelligence—the president was moved to do something to counter the Kremlin’s covert games only when they targeted his own party.

Some Republicans have fulsomely praised Wikileaks for leaking Hillary Clinton’s secrets. The arrest in Prague is not the last, and it’s a safe bet that more Russian hackers will wind up in Western custody in coming months. What they tell us may prove highly unflattering to any Republicans who are publicly lauding Kremlin espionage against fellow Americans. 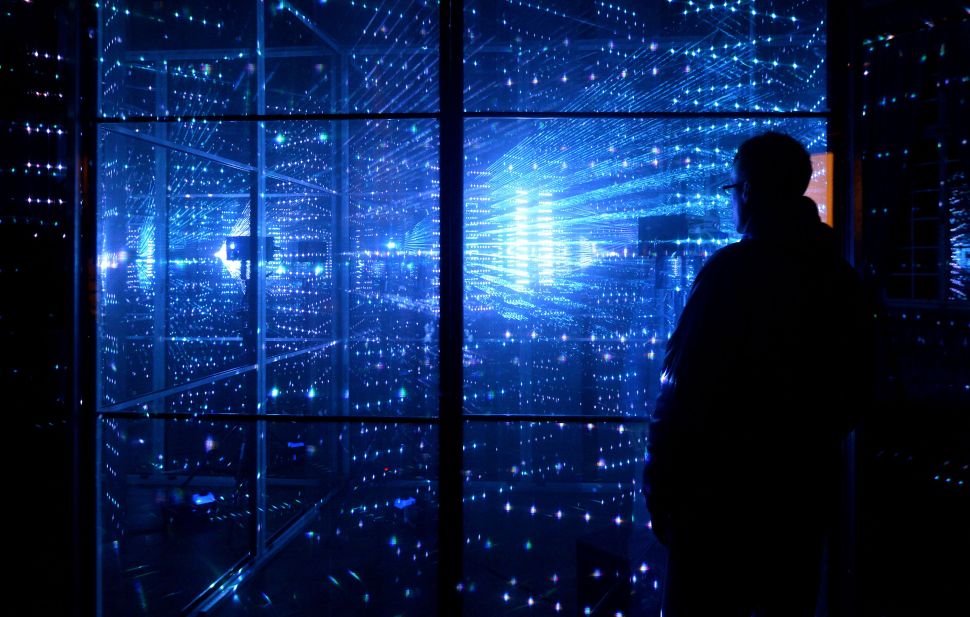