Pop singer Ellie Goulding has been rumored to be dating, or at least canoodling with, the world’s most famous redheaded royal. The whispers started after the two were snapped together at a polo match. Since then, the royal has been watched closely, to see if he’s ready to settle down with the songstress. Still, neither party has issued a statement about the relationship…until this Australian interview took place.

We ask @elliegoulding if she’s a Bridget or Anastasia! #TheProjectTV | WATCH the full chat: https://t.co/K8VMd5x3ed https://t.co/OakpIIQyxy

Recently, Goulding was hit with tough questions from The Project TV. The interview started out innocently enough, as the host asked if Goulding was more of a Bridget Jones or an Anastasia (of 50 Shades fame), which is a tough question for anyone. After all, would you rather be a bit of a sad sack with two potential baby daddies, or a mousy lady in an unhappy (but very sexy) relationship? Really, they should have asked if she was more of a Carrie or a Miranda, or a Blair or a Serena.

But the real excitement started when the woman asked Goulding if she’s having a baby, after she said she related to Bridget Jones in the latest installment. Her response was a quick, “No, I’m definitely not having a baby, not anytime soon.” Then, the interviewer really cornered her, inquiring, “Not having a baby with Prince Harry, either, yeah?” to which Goulding was absolutely mortified. “Why did I have a feeling that was going to come up?” Goulding asked, calling her interviewers “naughty, naughty people.” Goulding responded with a resounding no, so there won’t be another royal baby anytime soon, unfortunately. Prince George is going to have to wait a few more years until he’s joined by a cousin or two. 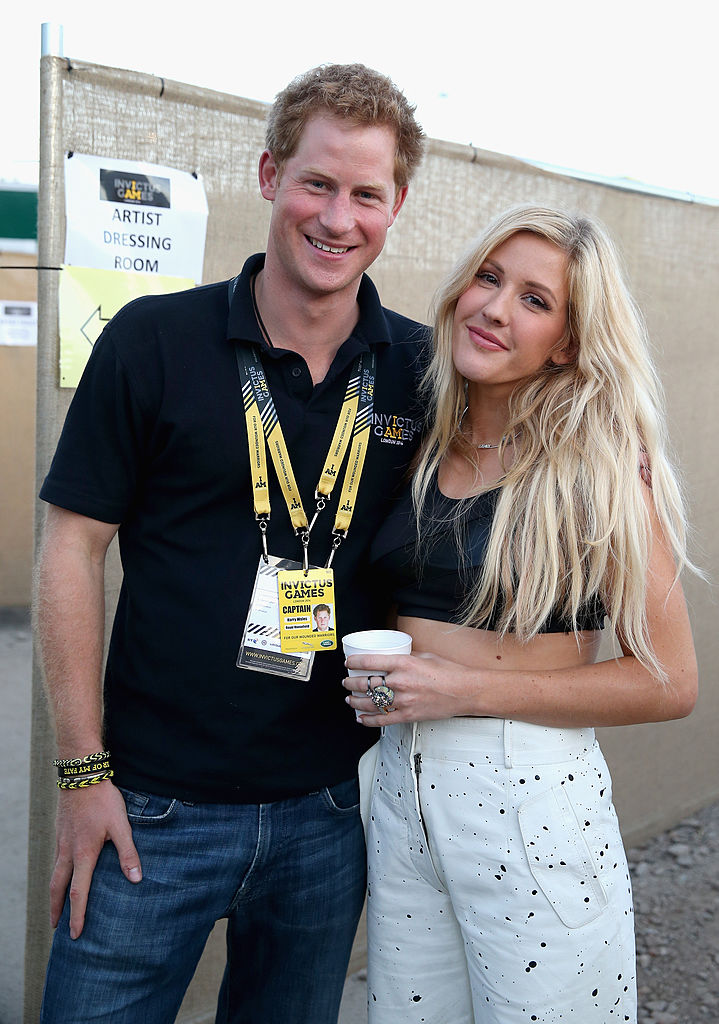