After years of hemming and hawing about whether or not they’d keep Snoopy on the payroll, MetLife just announced that it’s handing the Charles Schulz-created beagle his pink slip. In doing so, they may well have sealed their fate as a business.

When the insurance company debuted Snoopy more than three decades ago, way before ducks and geckos represented insurance companies, the decision was widely derided. But associating MetLife with an American icon about whom the vast majority of the population has warm, positive feelings paid off. In an industry renowned for being boring, Snoopy helped MetLife pique interest and differentiate themselves to consumers. In short, one silent dog made the company more human.

“We brought in Snoopy over 30 years ago to make our company more friendly and approachable during a time when insurance companies were seen as cold and distant. Snoopy helped drive our business and served an important role at the time. We have great respect for these iconic characters. However, as we focus on our future, it’s important that we associate our brand directly with the work we do and the partnership we have with our customers.”

It’s time to be more like the competition, thus making it harder for customers to discern what MetLife stands for and why your business is different and better for them? It’s time to squander a brand asset you’ve poured decades and hundreds of millions of dollars into building?

As someone who has spent more than 25 years researching the effectiveness of billions of dollars worth of advertising, I can confidently state there is no salient business case for this approach.

MetLife is shedding its retail business to concentrate on selling to companies. Presumably they think this means they need to be more buttoned-up. This is a classic business mistake of conflating professionalism and formality—and of thinking people who work in companies are all grey, suit-wearing people who are somehow less human than the individuals who shop for insurance.

Of course, the people who work in business also buy insurance, and neither group consists of robots. The new enterprise customers MetLife is selling to now already associate Snoopy with the brand, and that strong resonance is something most companies spend decades building—just like MetLife did. When the company tried to relegate Snoopy to a supporting role about 15 years ago, it didn’t help. So they brought him back, front and center.

What’s the real reason MetLife is trashing Snoopy now? It’s possible that it might be their CMO’s attempt to make her mark, having just joined the company last year. It might also be that their lead creative agency pushed for it. Many professional creative say it’s “limiting” to work with the same brand identity for years on end. What they really mean is they struggle to work within the constraints of what data says customers actually like. So they often urge clients to throw off the perceived shackles of an established brand identity to “think outside the box.” More than anything else, this indicates an agency’s inability to be creative within necessary guardrails.

Together, MetLife and its agencies say they spent more than a year researching the best forward direction for the company’s advertising. It’s astonishing that this is what they came up with: a new logo with the ‘innovative’ feature of being black instead of blue. (Seriously, this is being hailed by the brand as a major differentiator.) It could be the logo for any company from any vertical. In an age where brand differentiation and brand equity are at a premium, the choice is baffling.

MetLife told Advertising Age that not enough people associate Snoopy with their brand these days. If that’s true, it wouldn’t be Snoopy’s fault: It would be the company’s failure to capitalize on a valuable brand asset.

For decades, Snoopy has immediately conjured the brand in the minds of consumers, embodied the brand values, and been the cornerstone of MetLife’s advertising. Throughout decades of hard work representing the company, he never got arrested, asked for a raise, or even spoke a single word – something that can’t be said of any other celebrity endorser, except for the Budweiser Clydesdales. Budweiser won’t be putting those those animals out of a job any time soon, because the brewers have figured out how to weave them into the brand story consistently and with a focus on business objectives. If MetLife doesn’t focus on that instead of logo colors and fonts, their bottom line is certain to suffer. 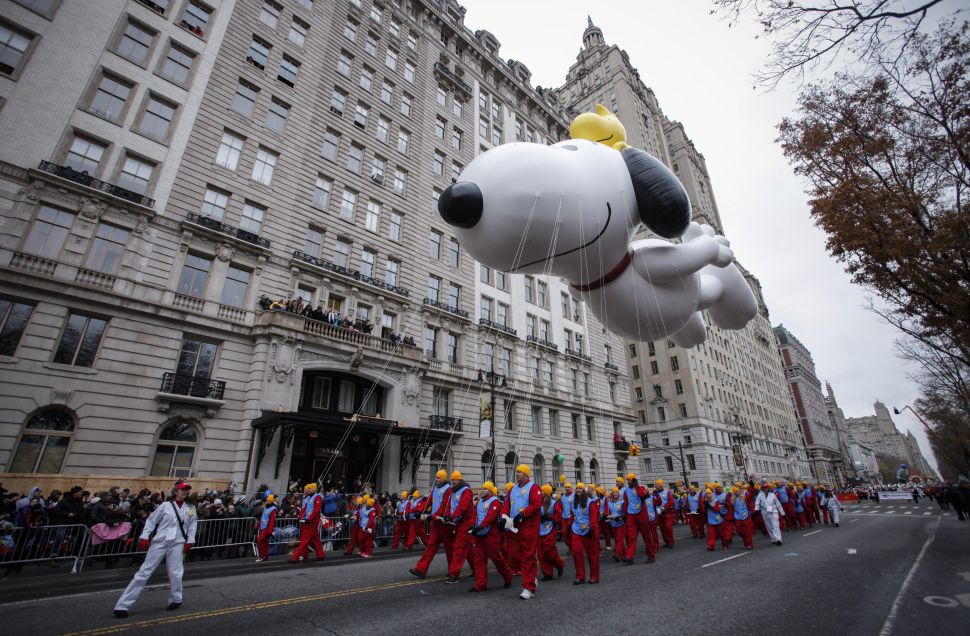