How do you take a cult classic film and make it into a network TV ‘event’? Well, if anything, The Rocky Horror Picture Show: Let’s Do the Time Warp Again should be a cautionary tale about trying to do just that.

The wacky, unique, and sometimes insane plot tells the tale of newly engaged squares Brad and Janet as they seek shelter from a storm by ducking into a castle. What they’ve stumbled upon is the Annual Transylvanian Convention, a gathering attended by an assortment of outlandish personalities including monotone Riff Raff, screechy Magenta, and lollipop-loving Columbia. Also making an appearance is motorcycle-riding rocker Eddie. But the true party maven is Dr. Frank-N-Furter, a transvestite whose greatest accomplishment has been the creation of the ideal man, Rocky.

What ensues is a conglomeration of mayhem, murder, and various forms of sexual exploration… oh, and it’s all done with some song and dance. If you’re looking for good campy fun, this will suffice, but if you’re a fan of the original, this incarnation of The RHPS will most likely make you sad, for several reasons.

First, just like anything else that’s a remake, this version just can’t compare to the true novelty of the original, and there’s nothing revelatory here. Sure, some of the musical numbers are entertaining, but they’re not in any way better or more pleasing than the original.

Speaking of those numbers, just like the original, and it was a problem then as well, the film is extremely front-loaded, with all of the truly catchy, memorable pieces, like “Science Fiction Double Feature,” “Dammit Janet,” “The Time Warp,” “Sweet Transvestite,” “I Can Make You a Man” and “Touch-a, Touch-a, Touch-a, Touch Me” coming in the first half of the show.

The musical numbers after that are pretty lackluster and the plot, for what it is, can’t elevate the overall experience.

The RHPS is meant to be a midnight movie, probably best experienced at a skanky theater with some of your closest pals – after you’ve had a meal and perhaps a few drinks, it’s not something meant to be shown at 8pm (7pm in the central time zone). It’s also not meant to have commercial breaks that bring the action to a screeching halt, or to be seen in the comfort of one’s living room alone or with family. It’s meant to be a group exercise in madcap controlled chaos at an offsite location.

All of this begs the question—did FOX even really think about the audience for this? Who is it? Youngsters shouldn’t be watching it, whether it’s really suitable for teens is questionable, and if the goal is to get nostalgic adults to tune in, they might do so, but probably not when it originally airs. Those people will most likely watch it on delay, not at 8/7 p.m. at night. It’s just not meant to be consumed within that timeframe. FOX would have been better off showing it at night, maybe in the same time slot as Saturday Night Live.

Ironically, SNL and The RHPS both debuted in 1975 and while SNL has evolved, the script for The RHPS has not (because it can’t really) – but society has changed and this presents another problem for this production. This is 2016, being a transvestite and sexual relationships are viewed very differently now they were in 1975. These elements made the film, in its original release, unique, albeit subtle and probably unintentional, in the statements it made about these topics. Now, all of that is pretty much lost. In short, what made this film edgy 40 years ago just doesn’t work now.

Will this version end up with the same fate as the original—a cult classic of some sort that inspires an audience to new heights of wacky participation? It could, but it seems highly unlikely. Movie audiences now are all about superheroes and sci-fi…oh, and remakes, so maybe it has a chance—perhaps, if it falls into some sort of time warp….. 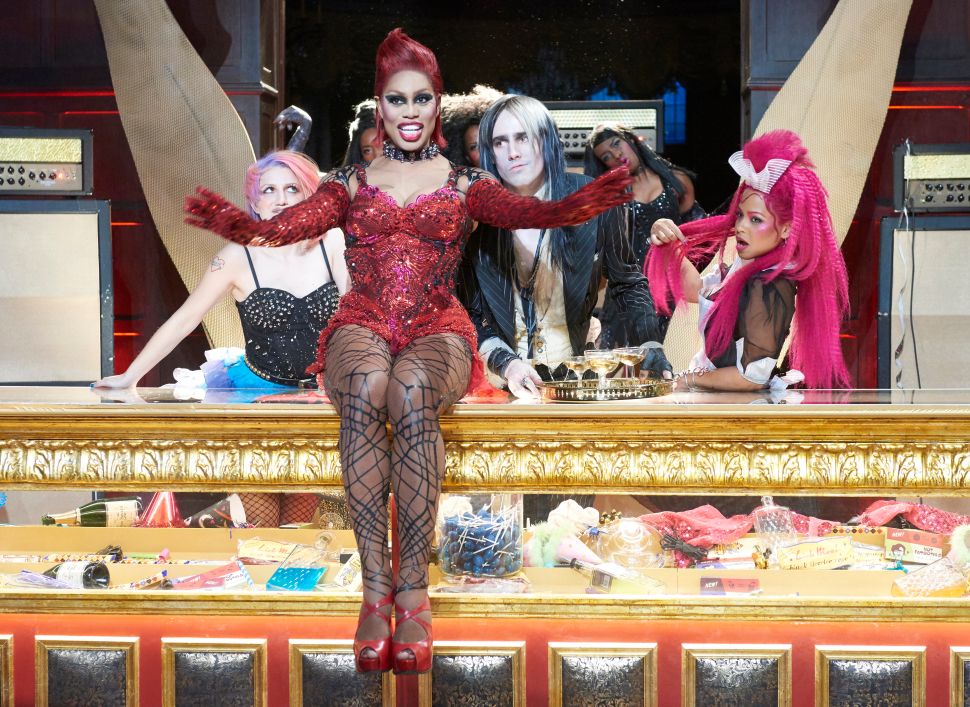