Riccardo Tisci had a great night last night. Not only did he take home the Superstar Award award at the FGI Annual Night of Stars Gala (which was definitely the top prize of the eve), but he was surrounded by a group of brilliant, beautiful women. All of whom were wearing pieces he designed for Givenchy.

There was Nicki Minaj, the pint-sized, outspoken performer who handed Tisci his award and spoke a few words about the design extraordinaire. She was wearing a haute couture getup from Givenchy, including a sexy lace dress with ruffles. However, her coat stole the show, with touches of fox fur, python and crocodile skin and some intricate embroidery.

Joan Smalls opted for a fresh off the runway look, selecting a strapless dress from the Spring 2017 collection for the night. Though the crêpe de chine design was simple, it did feature a major ruffle detail and hand pleats. The model did a fine job of pairing her gown with an equally simple but bold silver chain necklace along with a slick, pulled-back ‘do.

Also on the simple but not boring trend was Christina Ricci, who paired her bold blonde bob with a one-shouldered Tisci creation. The actress clearly trusts the brand, as she donned a Givenchy creation for her 2013 marriage to James Heerdegen.

Even CR Fashion Book‘s Carine Roitfeld was supporting Tisci. However, this isn’t really a huge surprise, as the two have been longtime friends. Roitfeld really went all out for the Gala, though, with a very sheer Givenchy gown, encrusted with Swarovski crystals. Of course, she was heavily accessorized with a pair of black leather gloves, a belt and sandals, all from, you guessed it, Givenchy.

Another famous face who chose a sheer Givenchy frock was Mariacarla Boscono, the longtime Italian model. This just might be the most daring look of the Givenchy bunch, as she did not wear a slip underneath her mostly lace dress. However, when you have the physique of a model, showing off your bra and undies is just a smart thing to do. 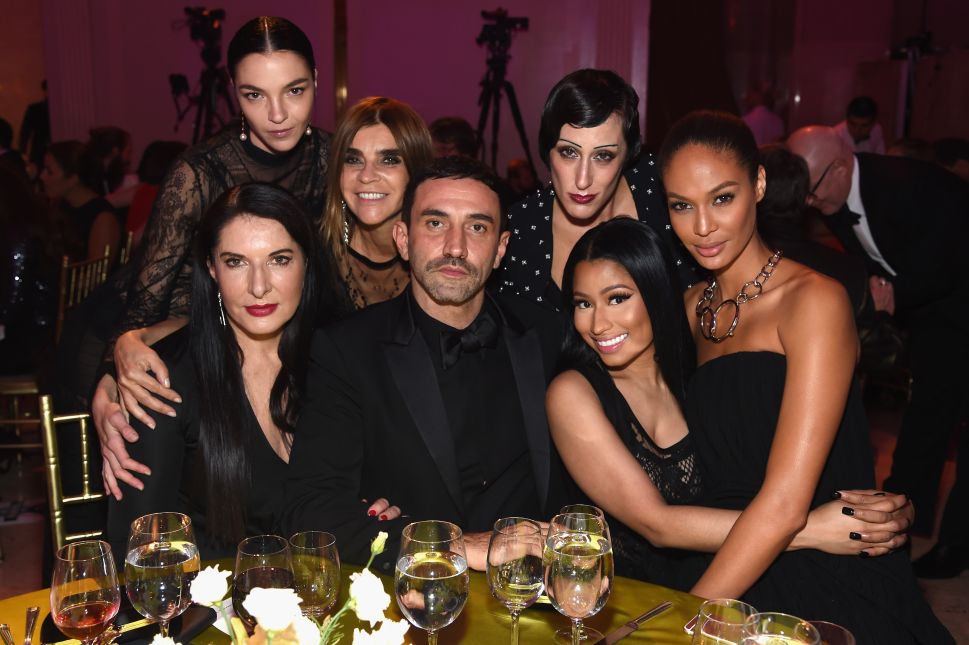