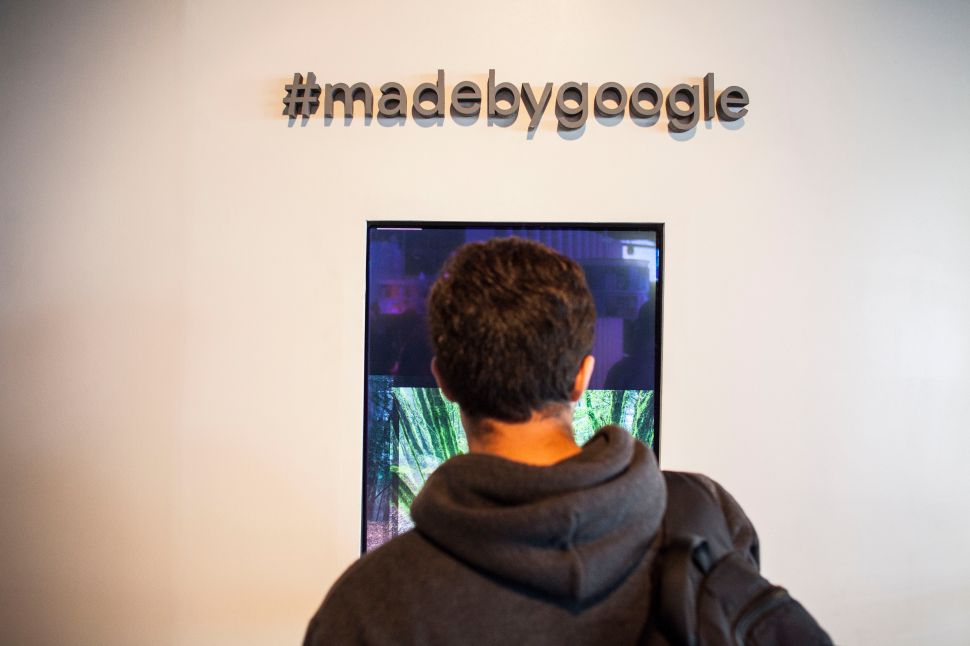 In tech, it’s a lot better to be early to the next party than late to the last one. With Google’s Tuesday announcement of its new hardware devices, it has managed the neat trick of doing both.

The centerpieces of the new #MadeByGoogle line are largely an exercise in me-too: the company’s first-ever self-branded phone, a new connected speaker and smart-home hub, a Google-branded WiFi router, a virtual-reality headset and an updated media streamer.

The phone should be no surprise; we’ve long known, going back to the original version of Android, that Google has a bad case of Apple-envy. Now, with the Google Home speaker, we can add the Amazon Echo to the list of things that turn the search giant green.

But behind the copycat hardware lies a serious, more forward-thinking bet: that the next major computing platform won’t be a device, but rather an intelligent mesh of data surrounding us wherever we are, always aware of what we’re doing and ready to spring into action at our spoken command.

Looked at this way, the new devices are mainly delivery mechanisms for what may be the real star of the show: Google Assistant. It’s a major expansion, powered by artificial intelligence and machine learning, of the current “OK Google” voice assistant on Android phones and in the Google Now app, the equivalent of Apple’s Siri and Amazon’s Alexa.

So critical is Google Assistant to the company’s vision of the future that it has chosen not to entrust it to its already-established ecosystem of hardware partners like Samsung, Motorola and LG. Hence the decision to take control of manufacturing and produce the devices itself, under its own name.

There’s little about the new devices that separate them from the competition.

Here’s a quick rundown of the new products, with more to come once I’ve had a chance to use them throughly:

The Pixel phone. Running the latest “Nougat” version of Android, the Pixel comes in 5- and 5.5-inch models, starting at $649 for the smaller model with 32 gigabytes of storage. Verizon will be the only major carrier to offer the phone initially, but you’ll also be able to buy it, unlocked, directly from Google and use it with the company’s truly awesome Project Fi network.

My first, overwhelming impression of the Pixel phone: It’s an iPhone 6s. Which is to say, it’s thin, elegant, made of glass and brushed aluminum, and features both the much-hated antenna bands and the much-loved headphone jack that Apple eliminated on the iPhone 7.

Google Home. Google’s answer to the Echo includes out-of-the-box support for music services like Spotify, integration with third-party apps like Open Table, and the ability to control smart-home devices like Nest thermostats and Hue lighting. It’s priced at $129, making it cheaper than the full-fledged Echo but costlier than the Echo Dot and Tap.

Google Home offers a couple features the Echo doesn’t, like a touchpad top for manual control and the ability for multiple units to communicate with each other. (If you have more than one Echo, by contrast, each is maddeningly ignorant of any other’s existence.) Google suggests that Google Assistant will make it more intelligent than Echo, though it will have to overcome the latter’s enormous lead in the marketplace.

The Daydream View VR headset and controller. This is essentially the ubiquitous Google Cardboard viewer, except it’s made of fabric and other soft materials so it can be used for longer periods. Slide in your Pixel or other compatible phone, launch the Daydream app and you’re off to Neverland. It will cost $79, and passed at least one test: I was able to wear it over my glasses reasonably comfortably.

Google WiFi. What can I say? It’s a router. Granted, it’s a slickly simplified router, comparable to the Eero in that you can use multiple units to create a mesh network throughout your home. But it’s still … a router. It’ll cost $129, or $299 for a three-pack, making it if nothing else cheaper than Eero.

The Chromecast Ultra. The latest version of the streaming-media dongle costs $69 and does 4K video, among other tricks. When paired with Google Home, it also provides voice-activated access to streaming content, playing YouTube and other videos on your TV.

When you get right down to it, there’s little about the new devices that separate them from the competition. If there’s differentiation to be found, it will come from the services and features that Google, with its vast storehouse of general knowledge plus the enormous amount of data it has amassed about each of us, is uniquely positioned to provide.

Which is either awesome, or terrifying. No, check that. It’s both awesome and terrifying. 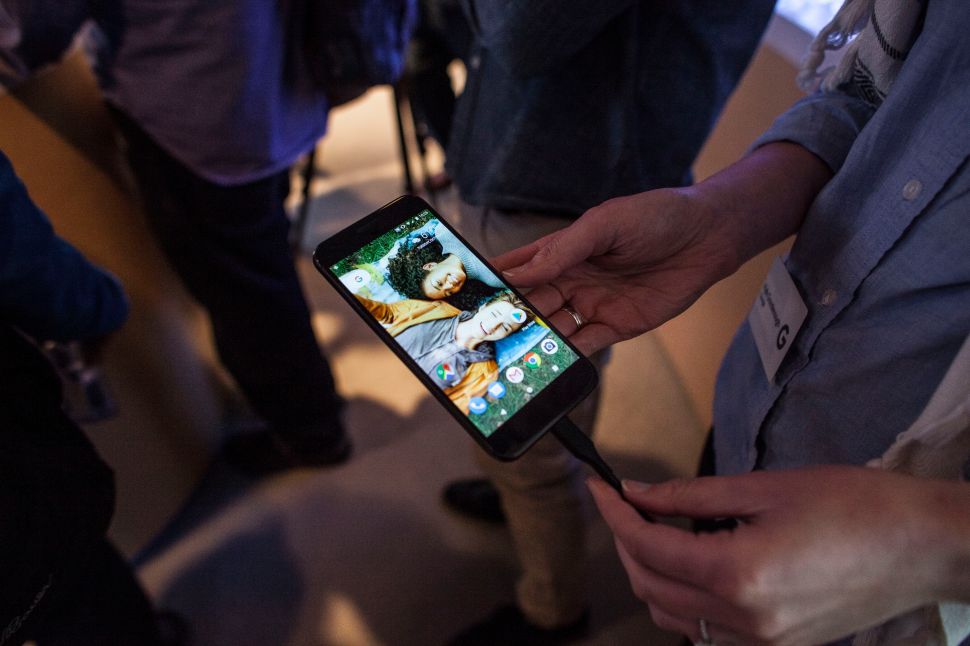