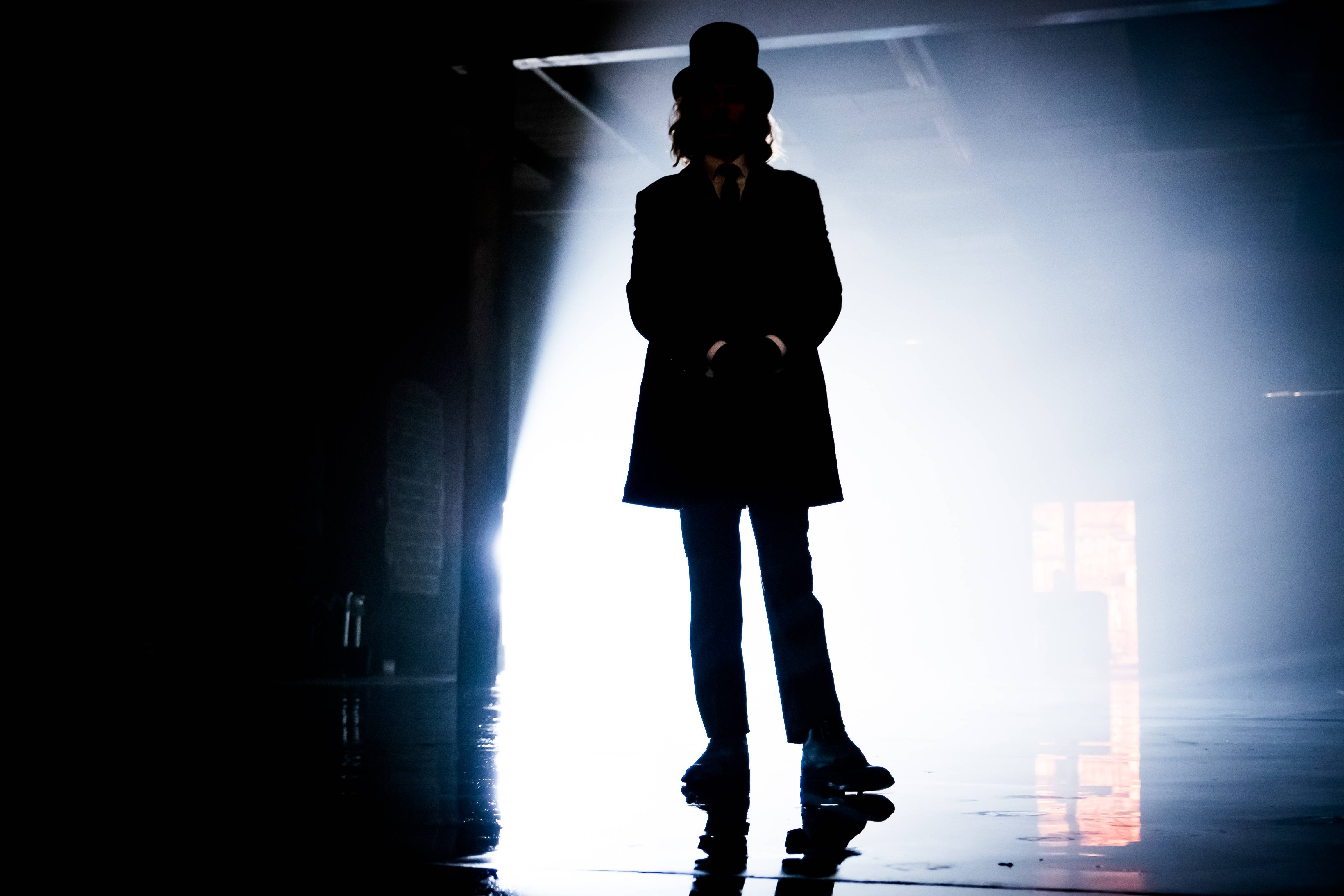 [Thanks to Drew for filling in last week, even if she totally missed that the license plate # at exactly 35:16:24 into the episode was clearly a reference to 1943’s Batman 19 story, “Batman Makes a Deadline.” That’s fine, though. Totally fine]

This week’s Gotham–titled “New Day Rising”, which doesn’t really make sense because New Day has been Tag Team Champions for like 400 days already–includes one of the funniest moments in the series’ history; a history I must mention includes a pre-pubescent Bruce Wayne beating the ever-loving balls out of a high-school bully with a gold watch. But no, THIS, this right here, was the real gold. Let me set the scene: Jervis Tetch, who at this point is less of a Mad Hatter and more of a Creepy-Guy-On-The-F-Train Hatter, is plotting to retrieve his captured sister Alice from the GCPD station. He enlists the help of the Tweed brothers, who are just sort of wrestling each other in an empty yet immaculately back-lit warehouse somewhere dot dot dot question mark. But whatever, doesn’t matter. Jervis lays out his plan, and one of the Tweeds takes off his Lucha mask, dumbfounded, stunned, simply flabbergasted, and says this:

“You want to break someone out of the GCPD?”

Ha. Ha hahahahahaha. He says it like that would be a hard thing to do, like breaking into the Gotham City Police Department headquarters isn’t the same thing as breaking out of Arkham Asylum. You just do it. The walls of the GCPD are made of Swiss cheese. That is not a figure of speech. The building that houses the Gotham City Police Department was made using literal Swiss cheese. The windows are made of gentle breezes and optimism. Here’s a quick list of the ways people have effectively taken over and completely devastated this building during Gotham‘s three seasons: Wearing a cop hat, turning out the lights, asking politely. If you gave me six dollars and an Xbox controller I could cripple the entire GCPD operation in ten minutes.

So flash-forward to Jervis Tetch’s master plan, which plays like this, A) Hit play on a whimsical 8-track B) Do some circus tricks C) Play some ticking sounds even though that only hypnotizes one person in the entire building. Spoilers for those keeping count at home…that. shit. works. It works really, really well. Jervis nabs Alice and only loses like, two henchman in the process. The entire existence of the GCPD can be boiled down to this one idiot who, when a heavily-muscled circus performer in a mask jumps onto his desk, is just like “Oooooooh yay.” 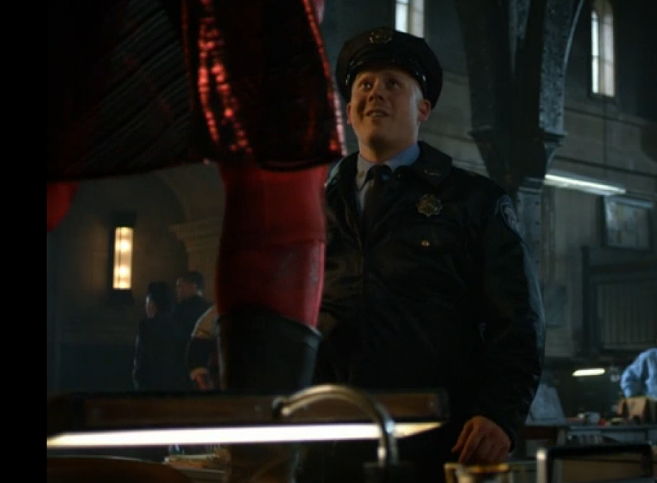 I must stress, none of this is a critique. I’d be the happiest person alive if Gotham was just a constantly-escalating series of vignettes about the ridiculous ways the GCPD station gets put on lockdown. I want the season finale to be a full hour of GCPD officers slipping on a banana peel someone left in the rec room and falling down a flight of stairs into a wood chipper. Have the wood chipper be the Big Bad of season four (subtitled “UNDER THE RED WOOD”) whatever, I love it, and I love it because that’s what Gotham is good at pulling off.

What Gotham is most definitely NOT good at is handling capital letter Serious Themes. “He started putting other thoughts in my head. Thoughts a brother should never have” Alice tells Leslie Thompkins, adding elements of incest, rape and molestation through a casual throw-away line, elements that don’t really matter anyway because Alice throws herself quite literally through the looking glass and dies by episode’s end. All the dudes are okay, though! Jervis is a full-blown bananas-crazy villain now, Jim broke the hypnotic spell by thinking real hard, and Bullock reaffirmed the power of friendship even though two seasons ago this guy was murdering people for Fish Mooney. Oh, and Captain Barnes got some of Alice’s poison-blood in his eye, which isn’t as crazy when you factor in that based on surface area alone anything that falls from the sky has a 90 percent chance of hitting Captain Barnes in the head.

So, to recap: Alice, abused her entire life physically and mentally, is dead now, but her death serves a handy way forward for three other characters. How whimsical!

Speaking of horrific abuses against woman and just moral ugliness in general, Robin Lord Taylor seems to be having the time of his life doing a pretty spot-on impression of Donald Trump:

Listen, I’m not here to heavily analyze the fact Gotham–a Batman prequel that once devoted an entire episode to balloon-themed murder–is pulling off a surprisingly deep (and oddly tender) look at modern day America, and a person running for office not because he wants to serve but because he’s an applause-fueled carnival barker that feels “wanted” for the first time, but…well here we are. Sometimes you have to tip your hat, even when it’s mad.

Truth be told, I’m far more interested in the obvious love triangle forming between Oswald, Eddie Nygma and Butch Gilzean. There was a moment here where Oswald solved a riddle and the look of sexual longing on Eddie’s face was so potent I’m sure it gained sentience and took over the GCPD station singlehandedly.

As always, let’s run down every reference, fact, and nugget of Bat-history brought up in season 3, episode 4, “New Day Rising” 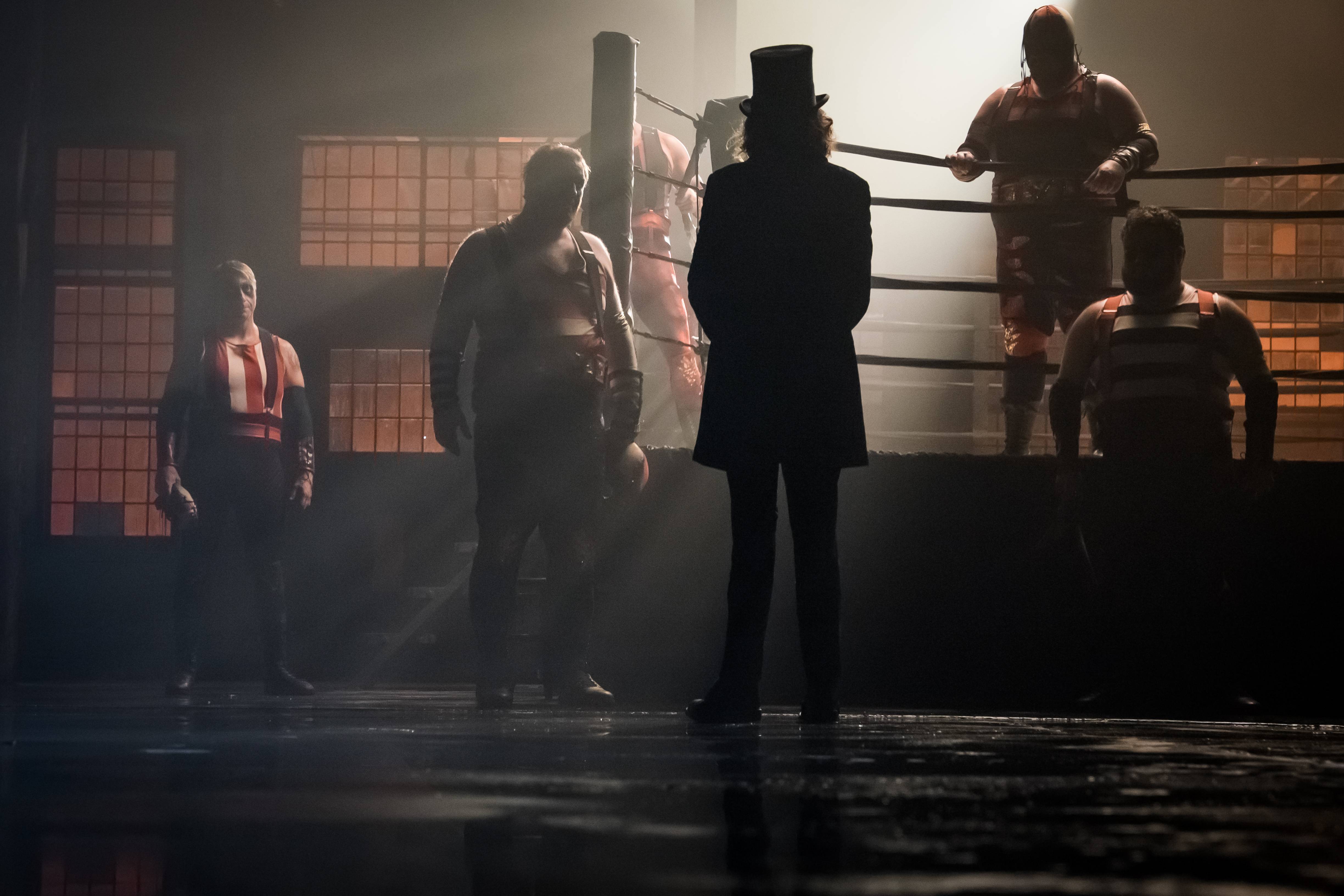 In case you missed the almost unnoticeable subtly  that comic-book storytelling is famous for, the Tweed brothers (Deever and Dumfree), who are currently being recruited by a villain named Mad Hatter who is obsessed with Alice in Wonderland iconography, and who also just happen to be alarmingly round human beings, will one day go on to become Tweedledum and Tweedledee, two of Mad Hatter’s most loyal Wonderland-themed henchman. 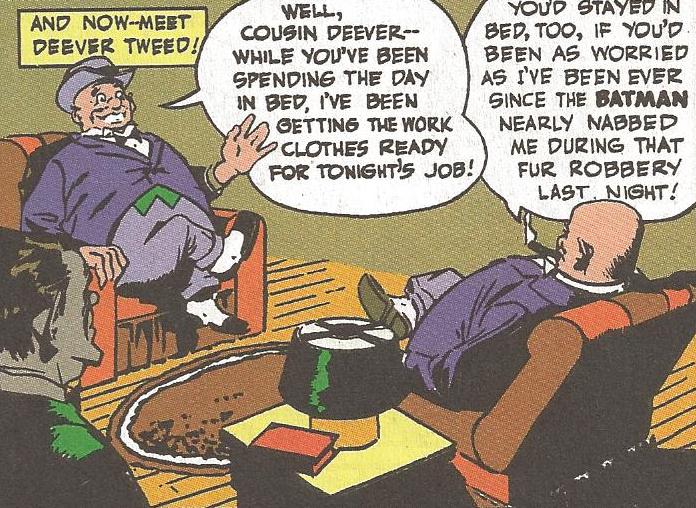 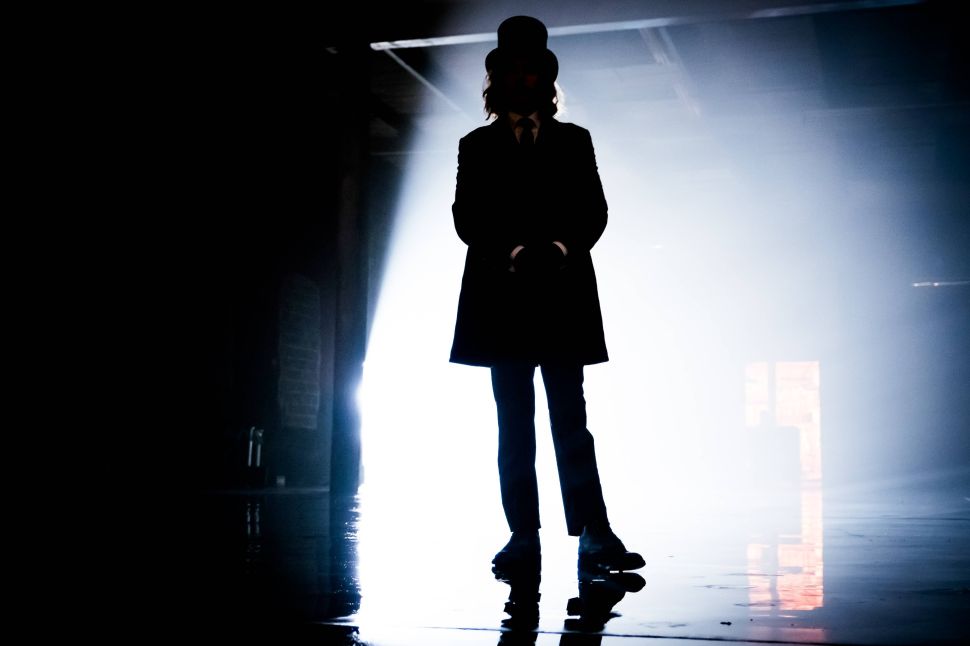