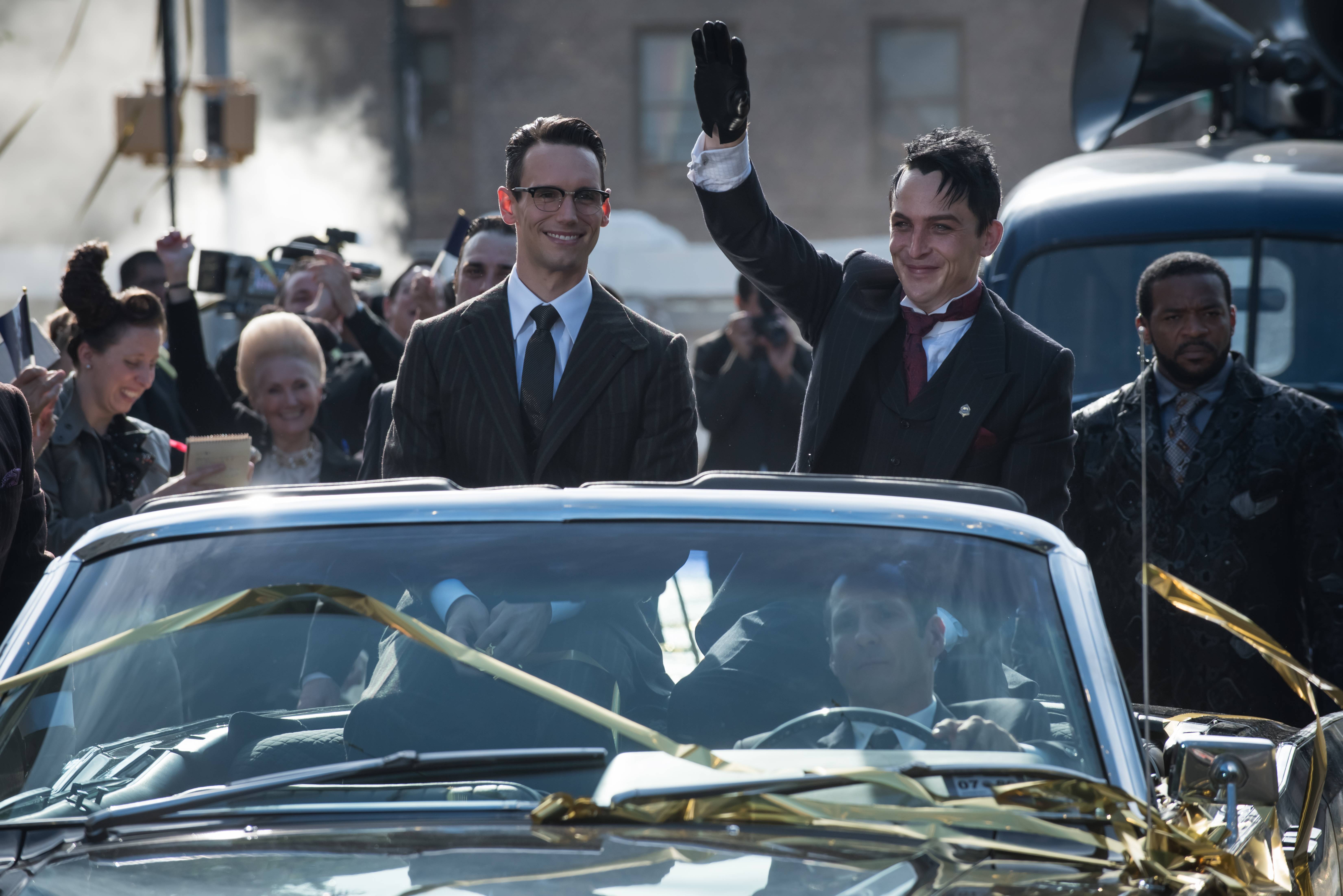 Tonight’s Gotham, titled “Anything For You”, featured a long-awaited confirmation of affection between two characters destined, nay, star-crossed to be together; two wayward souls seemingly opposite in every conceivable way and yet, and yet, forever linked in a bond formed by respect, ambition and a little bit of danger. Oh, yeah, and also there was some stuff with Bruce Wayne and Selina Kyle but whatever, man because riddle me this, what’s black and white and literally omg dead all over? It’s Tumblr, tearing itself to bloody pieces in a race to add captions in a sparkly font over this GIF:

Yes, we seem to be taking the first steps toward an Oswald Cobblepot who, to borrow a phrase from suave billionaire playboy Bruce Wayne, likes Eddie Nygma “more than a friend.” It’s a character development that in today’s social climate I’m sure will be met with a totally measured, reasonable response that in no way is ugly, terrifying, or involves any Twitter accounts without a picture telling me to fight them IRL.

Honestly, though, that final scene between Eddie and Oswald was, in that strange, odd, peculiar Gotham way…sort of beautiful? I mean yes, there’s context to keep in mind, like the small fact that both these men–one unhealthily obsessed with riddles and the other, like, vaguely reminiscent of a flightless bird–are straight psychopaths that have murdered at least three charity banquets-worth of people between them. Dudes are somehow two of the most damaged individuals in a city where a hypnotist in a top hat is writing formal invitations to his Alice in Wonderland-themed murder-brunch.

But that’s also pretty much the exact reason this works. There’s really nothing sexual about it, as far as I can tell. Look at what Oswald’s been through; we met him when it was his job to wash Jada Pinkett-Smith’s feet and, against all odds, his fortunes only got worse from there, even as he climbed the social ladder. The bad guy from True Detective season 2 murdered his mother, right in front of him. His father, who  Oswald thought was dead but was actually just Pee-Wee Herman, was also murdered right in front of him. In this, his mayoral win, possibly the only single time in this poor hook-nosed motherf*cker’s life he’s ever felt wanted, he can’t even share it with the one person, his mother, that he ever felt close to. All he has is a statue–albeit one apparently made by an artist armed with ten pounds of Silly Putty and only a vague idea of what Carol Kane looks like–and even that is immediately defaced as part of the plot cooked up by Butch Gilzean to get back in his right-hand spot.

So, yes, this is, in an almost rare occurrence for Gotham, a natural, almost inevitable character development that doesn’t involve bazookas or ninja-swords; it’s Oswald, constantly besieged and betrated, reaching out a desperate wing in the dark to Eddie Nygma, who is as steady as steady comes. It’s a sweet, poignant moment that in no way will stop me from coming up with a shipper name for them, and that name is Edwald Nygmapot, and if you don’t like that my boy Victor Zsasz has my reaction covered:

Overall, really, “Anything for You” was a surprisingly low-key episode of Gotham that was still filled with small, delightful moments. It featured one of the series’ only face-to-face conversations between Alfred and Oswald, in which Sean Pertwee delivered an Emmy-worthy pronunciation of the word “bazooka.” It featured Eddie making his return to the GCPD strictly to talk the troll-iest of shit to the entire police forces’ faces, only to got molly-walloped in the chin by Leslie Thompkins. It featured Captain Barnes, fresh off an eye full of Alice blood, slowly morphing into Solomon Grundy (if the scripts I’ve been sending to Bruno Heller’s home address unsolicited turn out to be true, that is).

Oh, right, and there was that fateful scene up on the Gotham City rooftops between Bruce and Selina, which set in motion an entire lifetime of Catwoman mercilessly blue-balling a full on member of the Justice League. Seriously, though, Cameron Bicondova feels almost obnoxiously natural as a young Catwoman at this point, and David Mazouz has more pathos at the age of 15 than I’ll have when I’m 65 (and still writing Gotham recaps). It works, because this scene stays within a pretty well-worn history, where these two characters clearly care a great deal for each other, but unfortunately Selina will always be from “the streets,” and Bruce, try as he might to understand the world, will always know “the streets” as the thing at the end of his 18-mile long driveway that he pays a few dudes in cash and free sandwiches to sweep every Wednesday.

Although, again, I genuinely laughed out loud when Bruce casually mentioned he was going to Oswald’s celebratory party in the first place, as if going to a fancy party in Gotham City isn’t the exact same thing as bashing a rock into your own head like a Westworld robot. The leading cause of death in Gotham City is RSVP’ing yes to a social function, just barely beating out balloon-related homicides.

Unfortunately, I have next to nothing to say about Jim Gordon, who this show seems to have forgotten is capable of things other than mumble-mope his way into making the son of a notoriously violent crime lord look like the better alternative in fiance. Like, some dudes blew up a priest with a grenade as a minor, transitional plot point this episode. You’re going to need to do more than switch from khakis to black skinny jeans to stand out, Jim.

As always, let’s run down every reference, fact, and nugget of Bat-history brought up in season 3, episode 5, “Anything For You”

“You’ve become quite the detective”

That’s WORLD’S GREATEST DETECTIVE, A FUTURE NICKNAME FOR BATMAN, to you, Jimbo.

“Those who hurt you will feel my pain. When my sweet and terrible vengeance upon them rains”

Honestly, that’s not a reference to anything, other than I assume the #I’m14AndThisIsDeep Reddit page that Jervis Tetch browses in his spare time. This is really just an excuse to mention how damn funny I find this picture of Tetch, and how badly I want to place it in random places around the Observer office. 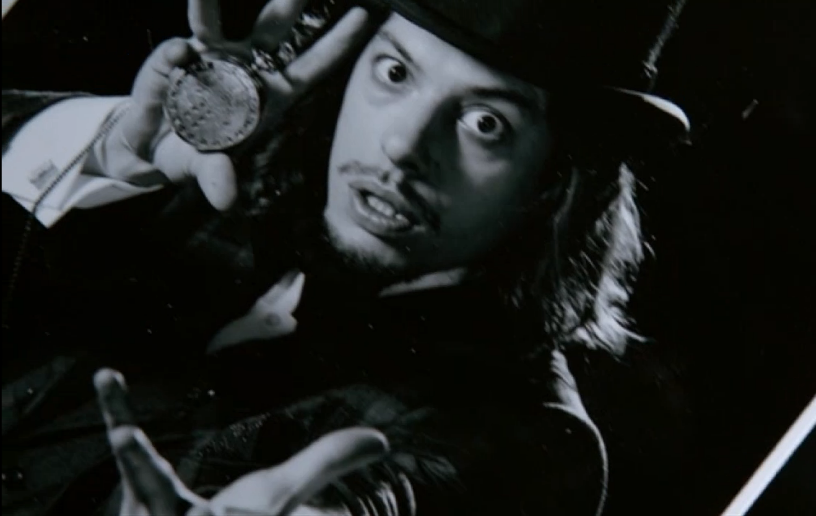 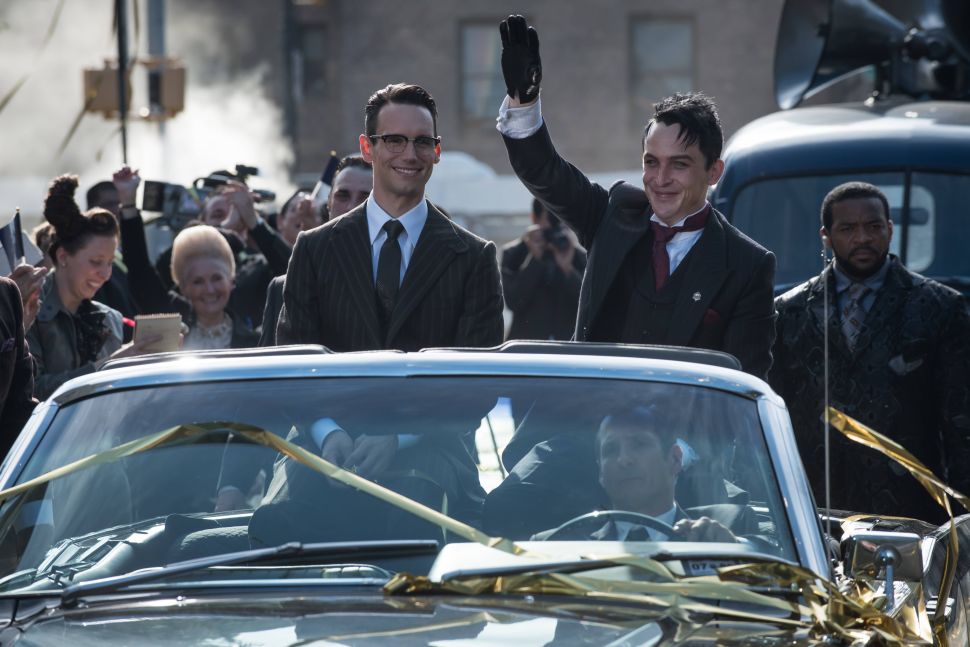