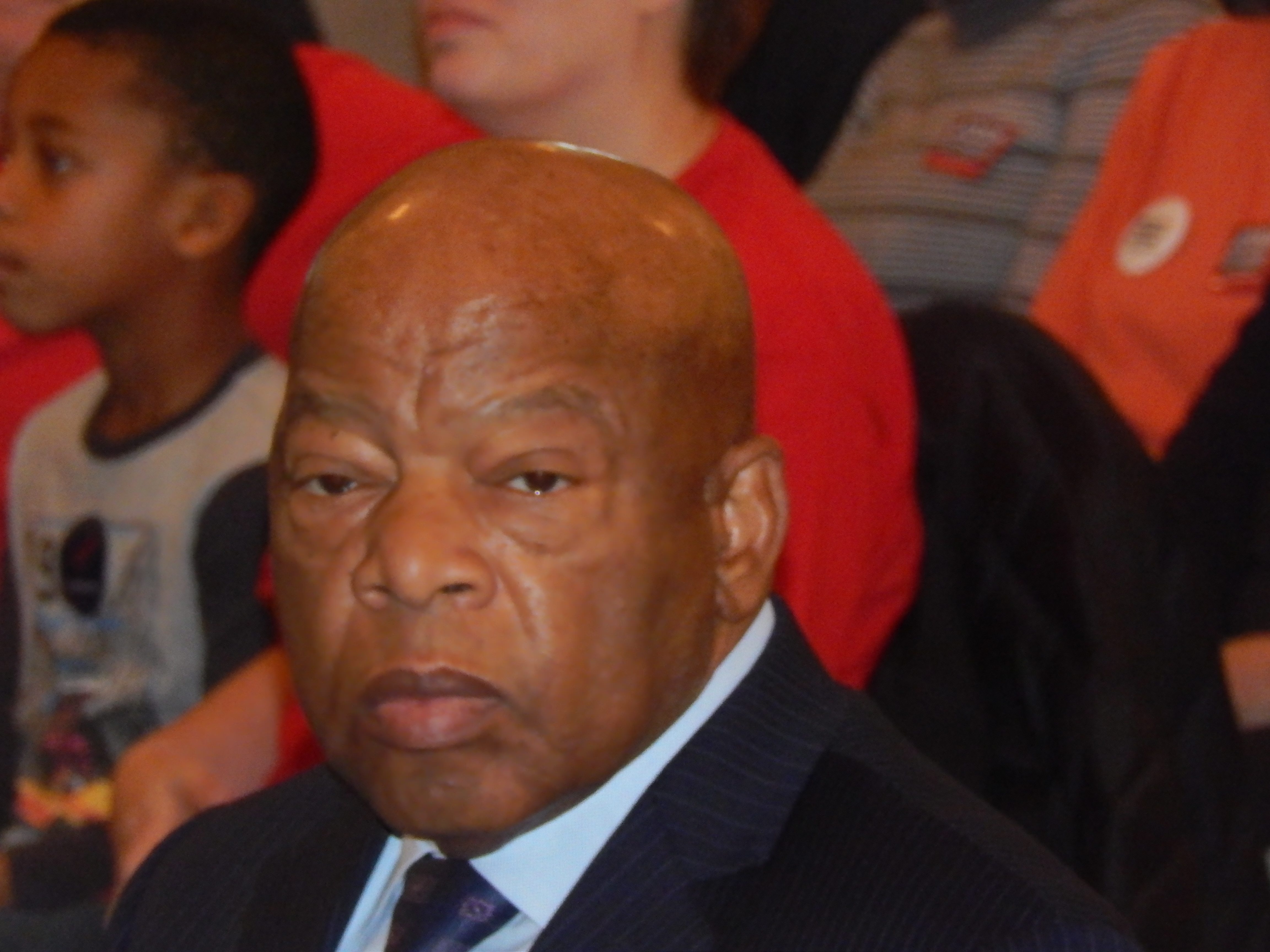 HACKENSACK – It’s tough to shake off the equivalent of a section of Mount Rushmore getting dropped on your back with two weeks to go before Election Day, but that’s what Democrats are banking on to finish off incumbent Republican Congressman Scott Garrett of the 5th District.

They flew in living Civil Rights legend John Lewis to deal the final ignominious blows to the flailing, rickety Garrett, who has his toughest foe ever – given the temper of the times and the congressman’s own missteps – in former Bill Clinton speechwriter Josh Gottheimer. 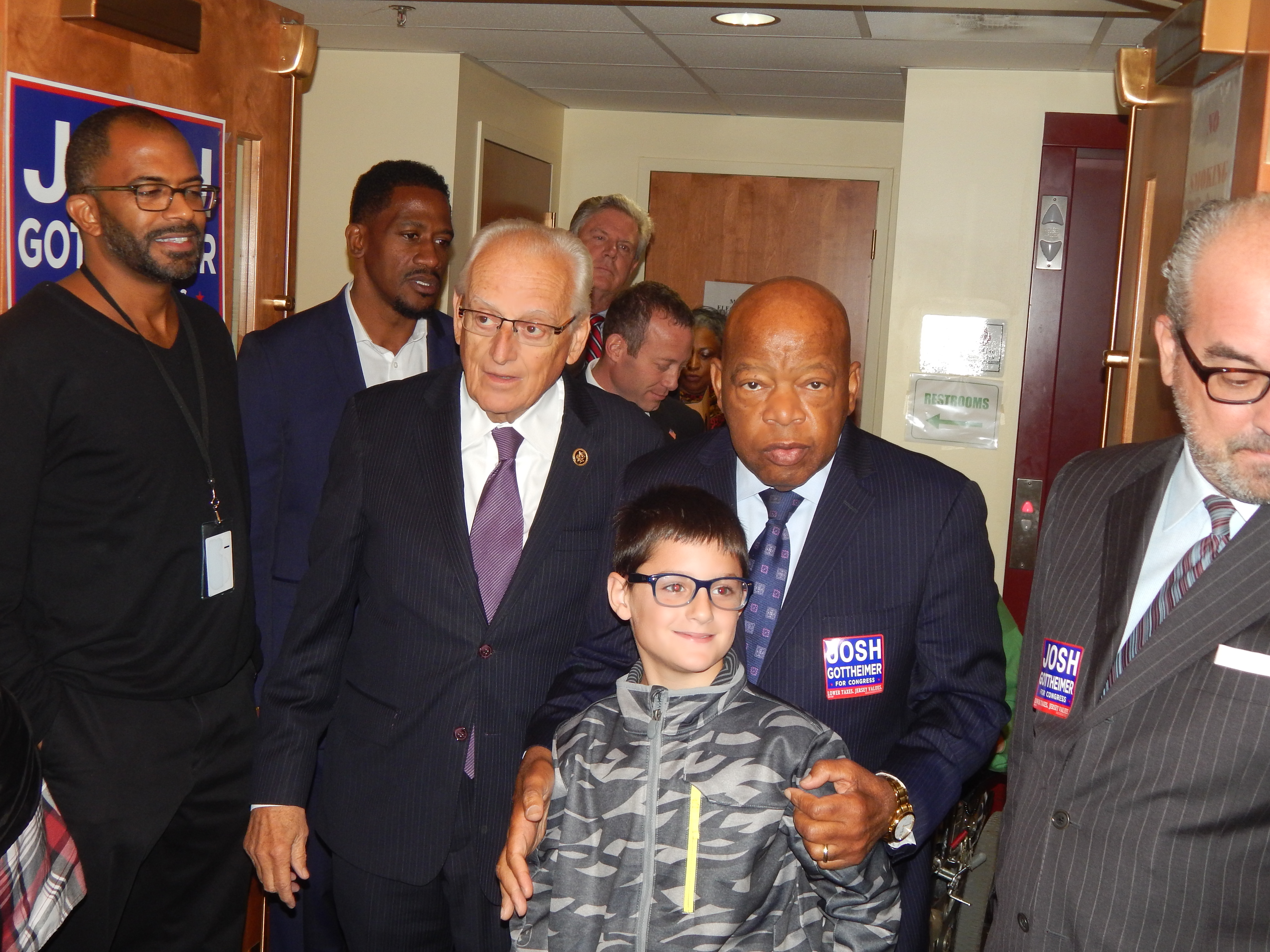 Gottheimer’s a Democrat looking to combine the story lines of a federal Hurricane Sandy fund resistant and homophobic Republican incumbent with Donald Trump meltdown misery at the top of the GOP ticket to do in Garrett.

A Democratic congressman from Georgia, Lewis was more than happy to add his own considerable voice to the challenger’s cause at a packed rally here in the Logan Life Center.

Responding to a letter from the young unknown man from rural Alabama who would go on to march on the Edmund Pettus Bridge, the late Dr. Martin Luther King, Jr. told the young Lewis he would be a leader in the Civil Rights movement. 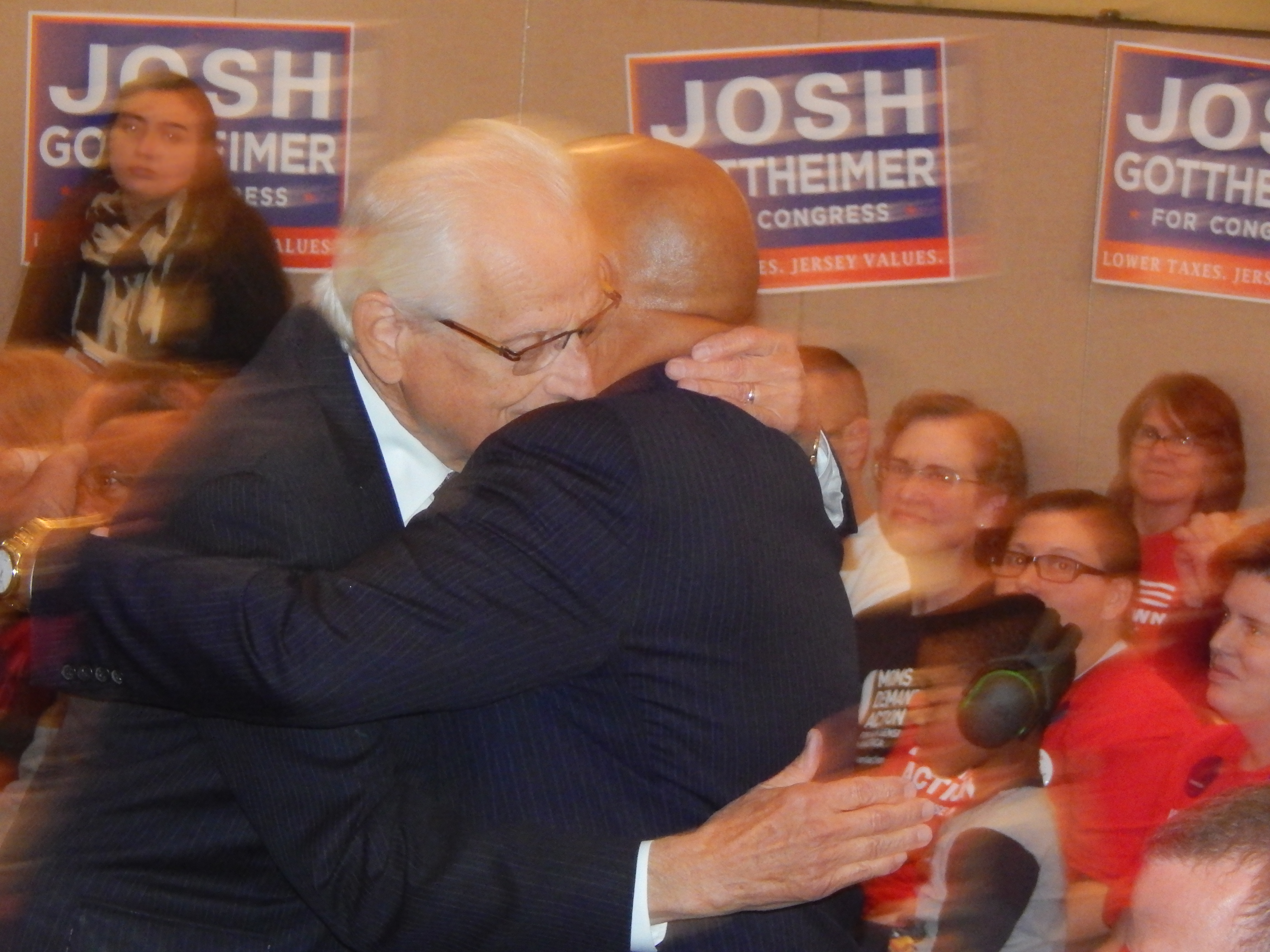 Pascrell and Lewis embrace after the Paterson congressman’s remarks. Max Pizarro for Observer

Today, in that tradition, Lewis gave his blessing to Gottheimer.

“This young brother will lead his district to a better place,” said the hero. “He will never let you down. I almost died on that bridge in Selma, but I never gave up.”

Joining the candidate and his family at the front of the packed room, U.S. Rep. Bill Pascrell (D-Paterson) and U.S. Rep. Frank Pallone (D-Long Branch) tag teamed gleefully in service to the Gottheimer ticket. 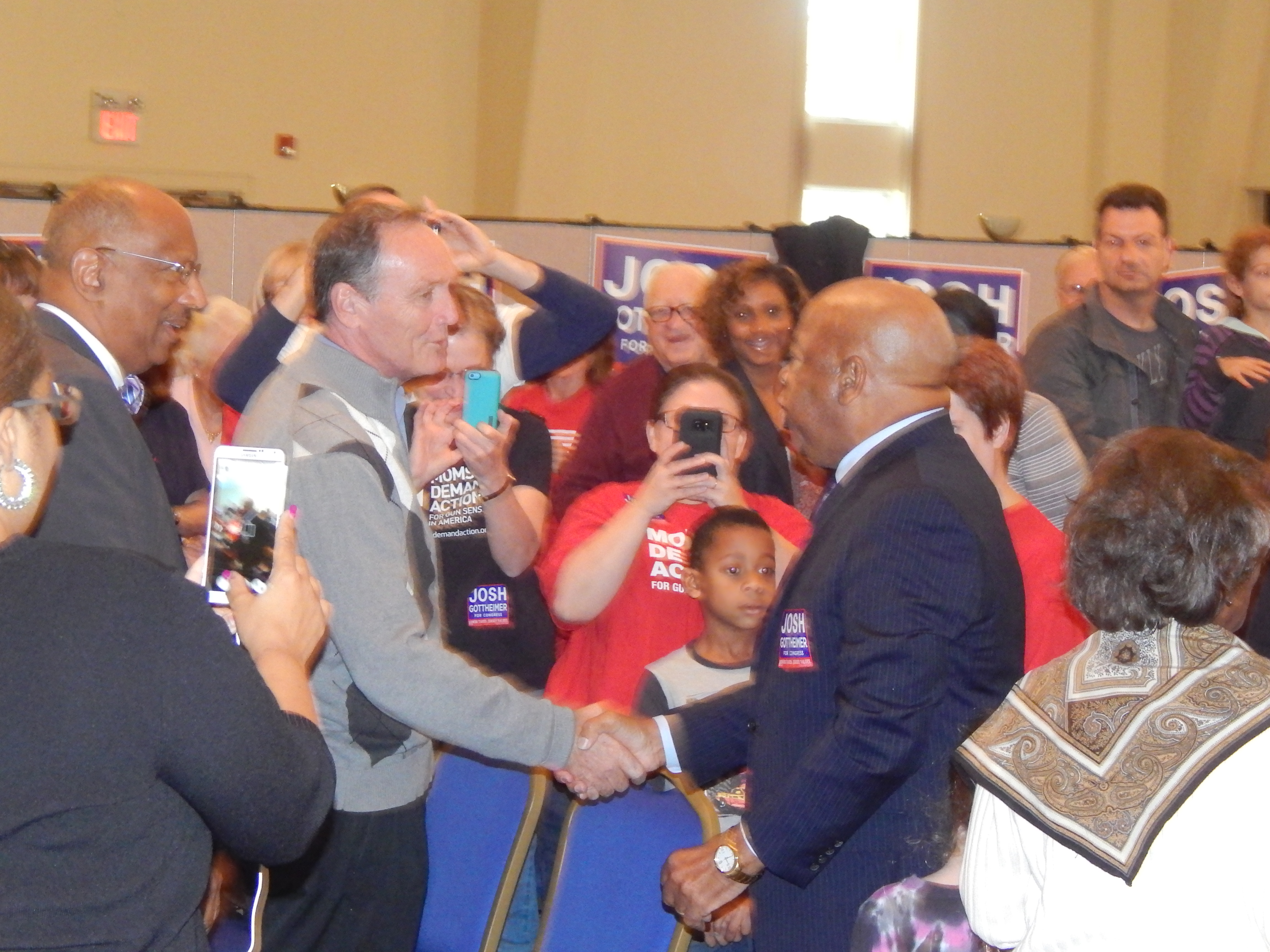 The congressman is welcomed to Bergen County by Assemblyman Tim Eustace (D-Maywood). Max Pizarro for Observer

It was all about what a mean-spirited bigot Garrett is, and how the long-leaning GOP district needs to do better.

“I know Scott Garrett,” said Pallone. “He doesn’t respect people. We need someone in Congress who understands you, and who’s going to do the right thing. I know he’s [Gottheimer’s] going to win.” 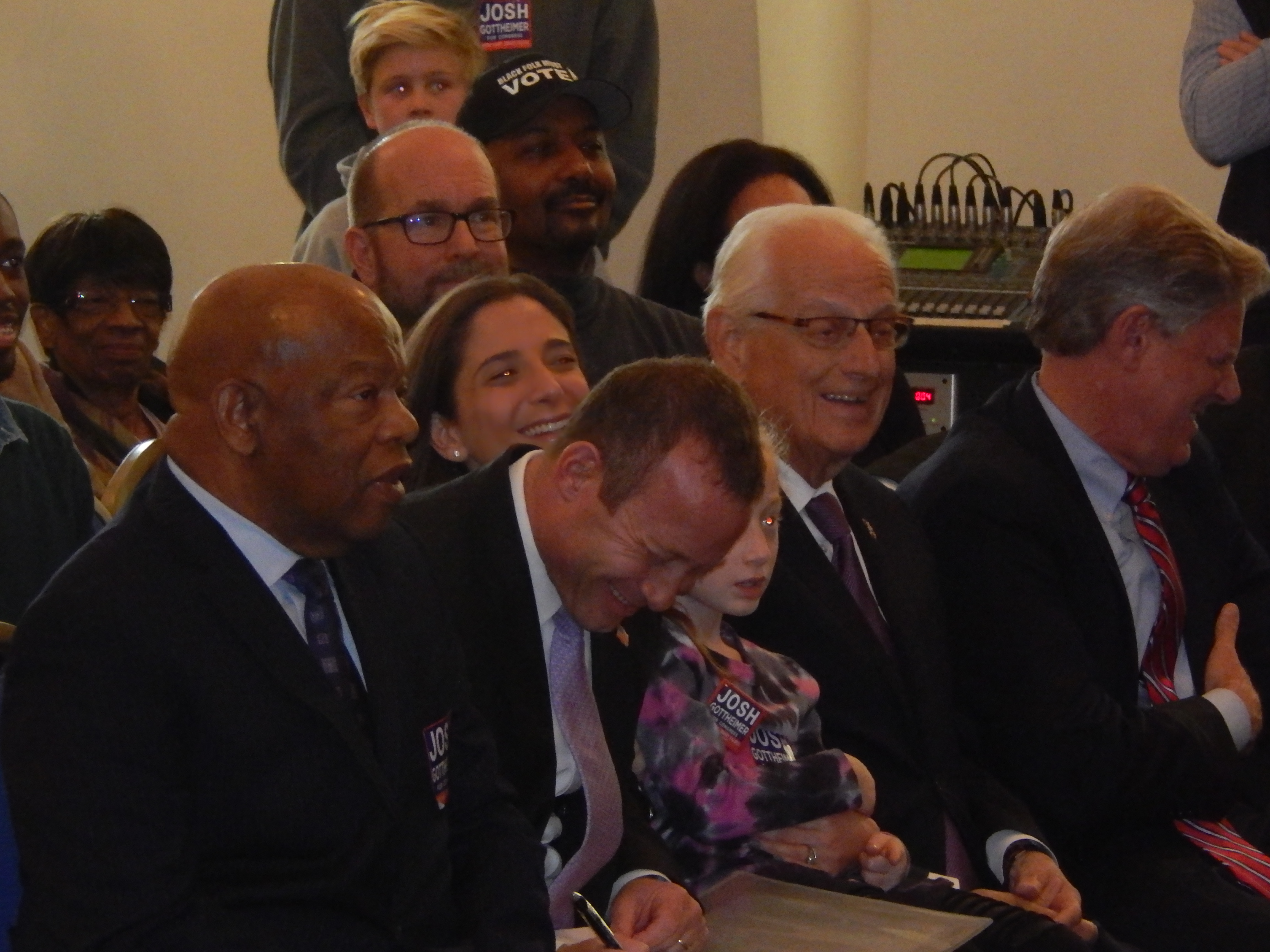 “Josh is going to win that World Series on November 9th,” chimed Pascrell. “We can’t afford to have divisive people in the Congress or in the White House. This was over before it started. It’s time to get out the vote. John Lewis’s life is based upon that principle. He speaks from his heart. What a role model for the whole country. a role model for everybody. Frank and I love you, literally, figuratively, whatever you want to call it.”

Bucked up by the moment, Gottheimer at the microphone belittled his opponent as “Tea Partier Scott Garrett, a shameless bigot” who favors flying confederate flags at federal cemeteries. “Scott Garrett said gay people shouldn’t be able to run for Congress,” said Gottheimer to scattered boos. “These are not New Jersey values. These are not American values.” 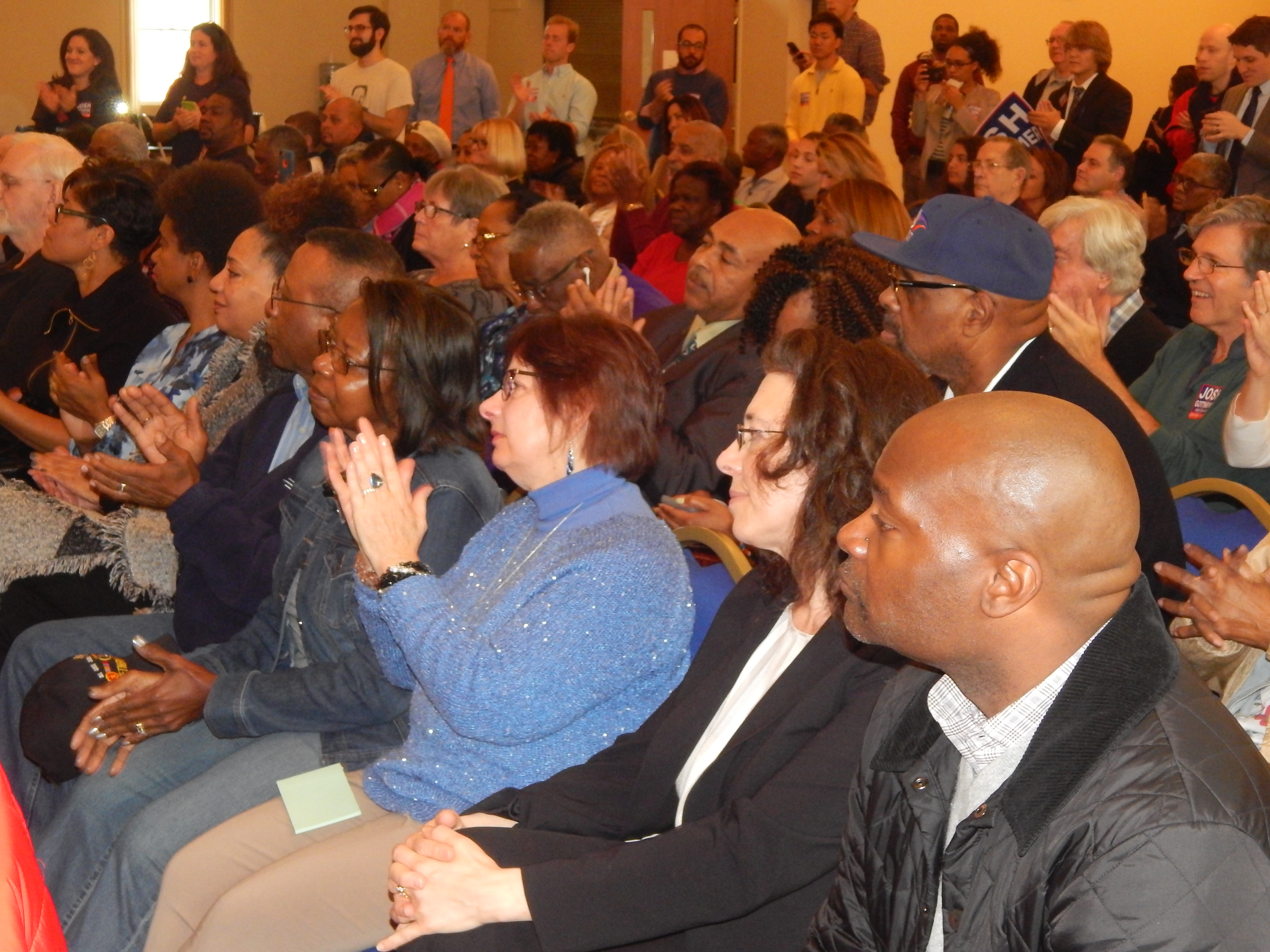 It was packed. Max Pizarro for Observer

The Democratic Party has put everything on the 5th this year, looking to finally eradicate the heretofore impossible to dislodge movement conservative, who has fed for years on a diet of impassioned nowhere fast Dems. Lewis awed the crowd, offering the edict of global history as that final stake in the heart of an obstinate  opponent, who has left every other Democrat sporting a pair of fang marks and reeling into the dustbin of CD5 history. 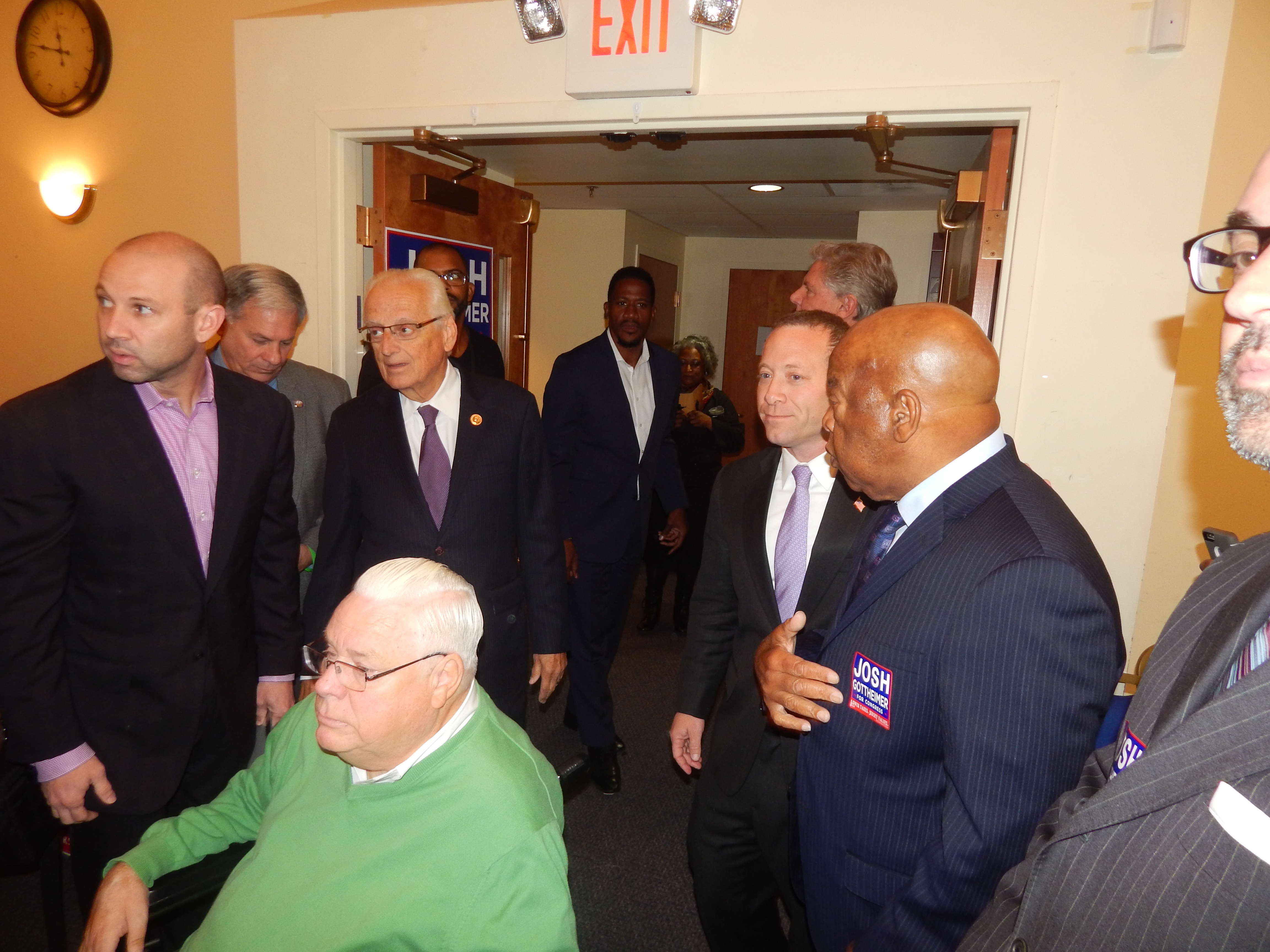 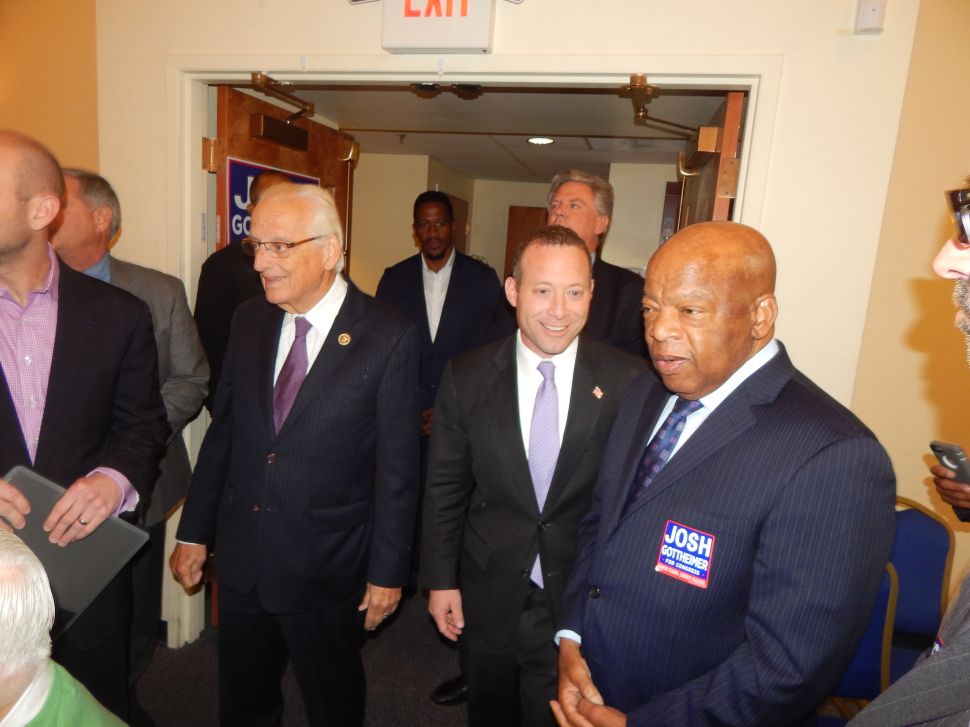