It took a while, longer perhaps than for any other character, but Halt and Catch Fire found a voice for Joe MacMillan. That voice is soft, sincere, thoughtful, emotionally direct. Actor Lee Pace gives that voice a tone that could be used to read bedtime stories to children, or to communicate deeply held beliefs or long-hidden secrets to a loved one who can be trusted with them. It’s a voice that sounds like Joe himself now looks: eyes made owlish by round Lennonesque glasses, face softened by a brown beard, hair lush and loose, clothes selected for autumnal comfort rather than boardroom barbarity. One of the many tragedies of “You Are Not Safe,” this week’s quietly shocking episode, is that this voice does him no good. He can’t use it to help his friend Gordon move forward with their grand plans. He can’t use it to save his friend Ryan’s life. He’s finally the man he truly is deep down, and it doesn’t matter. Everything turns to shit around him anyway.

If there’s a sign of how far Joe has come even in the eyes of those you’d most forgive for distrusting him, it’s Gordon’s willingness to believe that his once and future partner had nothing to do with impressionable young programming genius Ryan Ray’s decision to steal and release all of MacMillan Utility’s anti-virus software code online. Compare and contrast with how no one at Mutiny bought his protestations that he had nothing to do with his oil-magnate father-in-law’s copycat online community last season. Perhaps because Gordon himself is ailing, as he finally tells Joe, or perhaps because his marriage is falling apart and he simply needs to trust someone, anyone, Gordon accepts Joe’s not guilty plea. If anything, he’s hurt that Joe won’t bring him even closer, by turning Ryan in so that they can move forward with their NSFnet deal. After Ryan’s death, seeing how hurt Joe is, Gordon lets go of his own hurt feelings and all but begs Joe to stay with the project, but it’s too late — it’s irrevocably tainted for him now. Joe’s plaintive “Hey Gordon? I’m sorry” as Clark leaves his apartment is crushingly sad in its simplicity.

The central story here, of course, is Ryan’s suicide. Last year Joe was compared to a computer virus, infecting the host system and destroying it from within. Completely unintentionally, that’s what he did to Ryan. Some malice was intended in Joe’s original poaching of the programmer from Mutiny, but after that was over, everything he did with the kid was genuine. He believed in Ryan’s brilliance. He entrusted his career to their partnership. He loved him as a friend. But what did Ryan take away from all that time together? A vision of Joe MacMillan, the Highwayman of Silicon Valley. That Joe wouldn’t hesitate to strike back at his enemies, to make radically risky moves, to indulge in creative (or even not-so-creative) destruction. “You’re a master at this move!” Ryan tells him, referring to the leak of the code. “It’s classic Joe MacMillan.” “I can’t work with Joe MacMillan anymore,” Joe responds quietly. The entire thing reminds me of the storyline from The Sopranos in which a couple of knuckleheads attempt to assassinate Tony’s protégé Christopher because they thought that’s what a rival capo wanted, seeing this murder “on spec” as a chance to move up. Things work out much the same way.

I think the toughest thing to shake will be the moment Joe realizes what happens. When he wakes up, Ryan is gone, his sofabed stashed away, his sheets folded neatly on the couch. There’s a knock at the door, and it’s obviously police, though whether they tracked Ryan down and are prepared to arrest Joe for aiding and abetting is unclear or whether Ryan himself framed Joe out of spite. It’s not until, after asking if Ryan had spent the night in the apartment, the cops tell Joe to sit down that the terrible truth becomes clear. In a single unbroken shot, the camera follows Joe’s face as he turns from his front door to his balcony door. It’s been left open. No one is there.

Ryan’s suicide — and the prophetic ramblings of his suicide note, in which he warns that the coming of the Internet will leave its users feeling just as exposed and vulnerable as he does at that moment — casts a long shadow over the episode. But what happens to Mutiny is also hard to endure. After stumbling her way through a horrific morning-news interview, Donna retires to her fancy hotel room in New York City, joining Diane to watch the company’s stock price soar during their IPO. Instead, the stock opens at almost half of what they anticipated, and continues to fall from there. Back at the office Bosworth and the coder monkeys stare at the ticker in shock and dismay. At the Clark household, Gordon has to manage children who don’t understand why they can’t call their mom to congratulate her. Donna herself asks Diane for a moment alone, then has a gasping, convulsive panic attack in her chair. Perhaps Cameron was right about the need to delay the IPO all along. But Cameron’s on her way to Japan, where her husband Tom will receive a promotion. She’s as far from Mutiny as possible, especially now that there’s not even much money in it for her. A chance encounter with Donna and her kids at the grocery store is as close as the two women will come to making sense of what happened together. 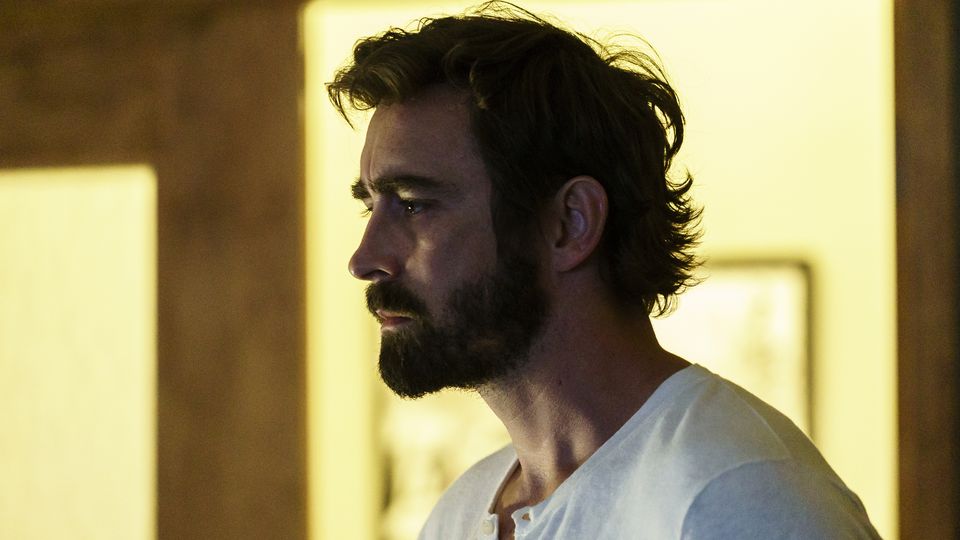