Six weeks ago in this column I explained that the National Security Agency, our nation’s most secretive spy service, almost certainly remains penetrated by one or more Russian moles. Not only is Edward Snowden hardly the super-spy he’s claimed to be, in truth he’s no more than a patsy whose purpose has been to distract attention from the real Russian intelligence penetrations of NSA.

The idea that the Kremlin has more moles lurking inside NSA made front-page news in August with the public appearance of Top Secret hacking tools apparently stolen from the Agency. Embarrassingly, those were posted online by the mysterious “Shadow Brokers,” which gave every appearance of being yet another front for Moscow and its spy services. How had it obtained such closely guarded secrets?

Today we learned from the Justice Department that, just four days after my column appeared, the FBI executed a search warrant on the residence of Harold Thomas Martin III of Glen Burnie, Maryland, which is an NSA bedroom community. The 51-year-old Martin was employed with Booz Allen Hamilton, the very same big-league defense contractor which employed Edward Snowden at the time of his fleeing Hawaii and subsequent defection to Moscow.

Inside Martin’s residence and his car, the FBI found evidence of criminal activity including possible espionage. The arrest affidavit (which on security grounds never mentions NSA, though that was Martin’s place of employment) spells out what Bureau agents found: information that was classified at the Top Secret/Sensitive Compartmented Information level—including six documents of recent vintage from an unnamed government agency which is certainly NSA.

Needless to add, it’s a serious crime to remove Top Secret/SCI information from your office and take it home with you, where it cannot be protected. It’s a bad idea to attempt this if your last name isn’t Clinton, because Americans really do go to jail for this. So far, Martin is facing up to one year in prison on charges of theft of government property and unauthorized removal and retention of classified materials. However, if it turns out that this was not an isolated incident, particularly if espionage is involved, he could get a lot more time behind bars—decades, even.

The latter is rare but does happen on occasion. Matthew Aid, a journalist who’s something of an NSA expert, spent over a year in Federal prison for taking secrets home with him. In 1985, Aid, a young U.S. Air Force Russian linguist assigned to an NSA field site in Britain, was not committing espionage: he just liked to take Top Secret/SCI information home. Not surprisingly, Aid omits this fact from his official bio.

Yet another round in the increasingly intense Washington-Moscow SpyWar may be unfolding in real time.

That said, the vast majority of people who remove classified information from their office are up to no good, most likely espionage. They often stash the purloined secrets in their residence for safekeeping until they can pass them to an adversary spy service, usually in exchange for cash. Martin initially denied taking Top Secret/SCI materials home with him, but when confronted with what the FBI found, he apparently admitted he had in fact done so.

So far, the Justice Department has said nothing about Martin or his motivations here. That no doubt is what the FBI and NSA have spent the last six weeks untangling—and it’s likely to be messy. We simply don’t yet know if he’s one of the Russian moles inside the Agency, or if he’s simply an isolated miscreant. Similarly, it’s too soon to say if Martin was involved with the Shadow Brokers leak.

Some obvious takeaways present themselves. In the first place, despite lots of ink spilled and promises made since Snowden showed up in Moscow in late June 2013, NSA still has security problems, especially regarding contractors. That Booz Allen Hamilton is yet again the source of a possible spy scandal indicates continuing counterintelligence failings of a serious kind. Congress needs to investigate this without delay.

The evidence that Russian moles are lurking inside NSA remains compelling. The FBI’s 2010 roll-up of 10 deep-cover operatives of the Russian Foreign Intelligence Service, or SVR—what the Kremlin calls Illegals—revealed the existence of multiple SVR agents deep inside NSA and the Defense Department. That was six years ago, and nobody’s been publicly fingered as any of those moles.

Just as bad was the case of Jeffrey Delisle, a Canadian naval intelligence officer who spied for GRU, Russian military intelligence, from July 2007 to January 2012. Delisle regularly passed Top Secret information from Canada and its allies to the Russians, including plenty of NSA secrets, in exchange for money. However, when Delisle offered GRU highly classified information about how NSA encrypts communications, the Russians said they had no interest. Since that sort of secret is always of high interest to the Kremlin, the only reason to turn it down would be because the Russians already had access to such closely guarded information.

Was Martin that mole? It seems unlikely, but much remains to be seen in this case. Just how much damage to our national security he did likewise remains impossible to assess yet, although we can be sure the FBI and NSA are doing that right now in their damage assessment, which follows every spy arrest or significant compromise of classified information.

All the usual counterintelligence questions are in play here. Above all, who was Harold Thomas Martin III really working for—and was he acting alone? Yet another round in the increasingly intense Washington-Moscow SpyWar may be unfolding in real time. Watch this space as this story develops. 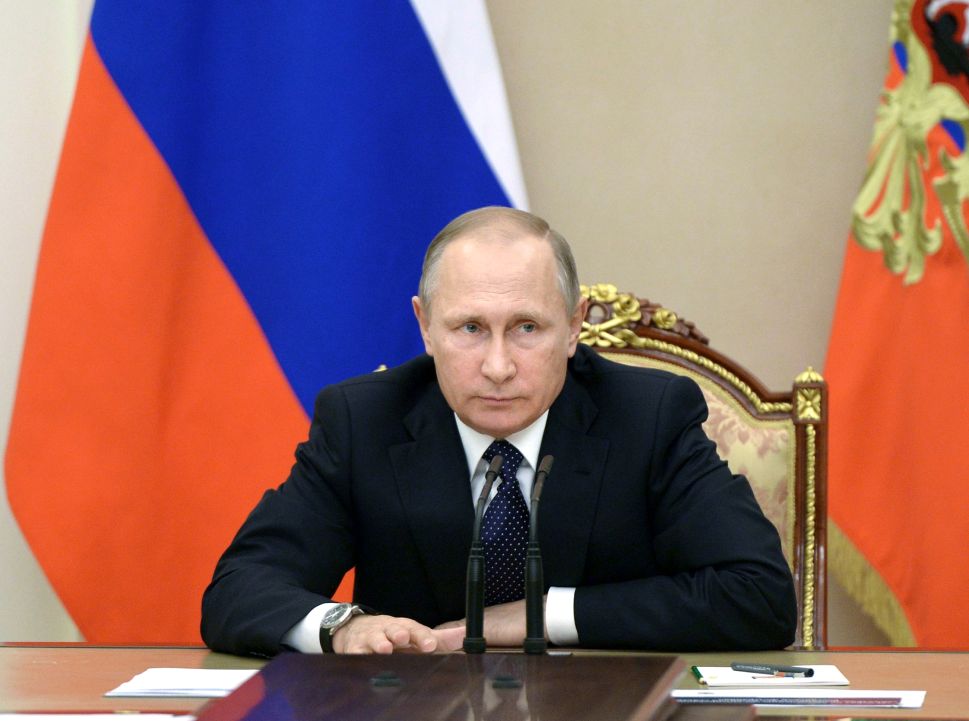