The Rev. Seth Kaper-Dale of the Reformed Church of Highland Park will run for Governor of New Jersey next year with the support of the Green Party.

“We are extremely proud to have Seth Kaper-Dale at the top of our slate of candidates in next year’s statewide elections,” said Julie Saporito-Acuña, Chair of the Green Party of New Jersey.  “Through his sincere and impassioned devotion to ideals that the Green Party of New Jersey holds dear, we hope to focus the discourse of next year’s election cycle on the issues that other parties have neglected for far too long.”

Kaper-Dale’s formal introduction is set to take place at the Green Party Town Hall event featuring Dr. Jill Stein on Friday, November 4, from 6:30 to 8:00 p.m. at the Conference Center in University Hall at Montclair State University.  Kaper-Dale will be featured, along with other Green Party candidates and officials, before Dr. Stein’s town hall forum.

“I am absolutely thrilled to have the opportunity to share my vision for a more just and compassionate society with the people of New Jersey,” said Kaper-Dale.  “My focus has always been toward those who have been left behind, oppressed, or neglected.  I believe that when the last are prioritized, life gets better for all of us.  I’ve seen that reality played out over and over in our ministry and our larger community.”

A graduate of Princeton Theological Seminary, Seth Kaper-Dale has been co-pastor of Highland Park Reformed Church for 15 years in partnership with his wife Stephanie.  In 2006, he created RCHP-Affordable Housing Corp., which in the past 10 years created housing for women aging out of foster care, homeless Veterans, re-entering citizens, justice-involved youth, chronically homeless mentally ill adults, refugees and asylees.  In addition, Kaper-Dale has worked on behalf of the rights of refugees, and is vice-chair of the National Religious Campaign Against Torture, helping to lead an effort to end solitary confinement in New Jersey jails and prisons.  Most recently, Kaper-Dale spearheaded interfaith efforts around refugee resettlement, founding Interfaith-Refugee and Immigrant Services and Empowerment (Interfaith-RISE).  Participants from approximately 30 local congregations — Muslim, Jewish, Christian and Buddhist so far — have joined together to help welcome victims of the world’s abuses into the region.

To watch Kaper-Dale in action, go here, in addition to seeing the video posted below: 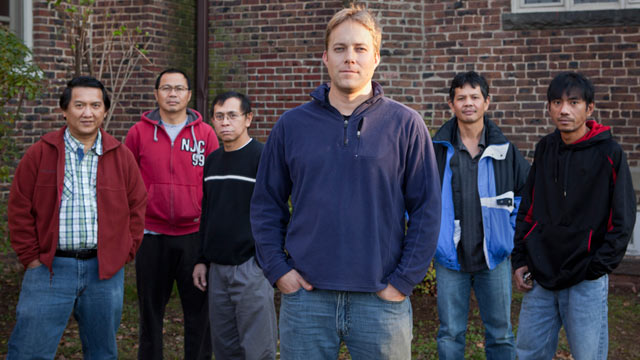