Hillary Clinton ended last week on a mostly positive note. Her debate performance allowed the mainstream media to fawn over her while trashing her GOP rival Donald Trump, and polls from some battleground states like Florida and Nevada now show her in the lead.

But it hasn’t been all good news for Clinton. The bad news—like her continued lies about her stance on the Trans-Pacific Partnership and additional information about the FBI investigation into her mishandling of classified information—has been largely buried, with exception for the fact that she’s still struggling to win over millennials.

Granted, the youth as a bloc don’t vote in large numbers. But it is telling just how unenthused this group is about the 2016 election.

Clinton’s poor showing with millennials prompted a slew of articles, including one from The New York Times entitled “Hillary Clinton Struggles to Win Back Young Voter From Third Parties” and a more negative headline from CNN: “Hillary Clinton’s young people problem.”

The Times’ Jeremy W. Peters and Yamiche Alcindor wrote that the level of “shunning” seen in 2016 from young voters is similar to that of 1992, and the lack of youth supporting either candidate is especially harmful to Clinton, since Democrats typically win the youth vote.

“They tend not to be motivated by any single, unifying issue, making the job of messaging harder. They are declaring themselves unaffiliated with either party at a rate faster than any other generation,” Peters and Alcindor wrote. “They say the political process and the two-party system are unresponsive to their concerns.”

The Times’ reporters suggest young people today simply see both major-party candidates as pawns. That could be why more than a third of voters aged 18 to 29 plan to vote for either of the two third-party candidates.

But if the Gallup poll and other indicators are accurate, Clinton is wrong. The Clinton campaign has worked hard to woo millennial voters, like adopting her primary rival Bernie Sanders’ promise of free college tuition and hiring youth directors across the country. But it doesn’t appear to be working.

That’s why, as WYNC host Brian Lehrer mentioned on his show Thursday, Clinton surrogates with high youth approval—like Obama, Michelle Obama and Sanders—have recently taken to the campaign trail to try to get youth out for Clinton. Michelle even attempted to scare voters into choosing Clinton instead of voting third party or staying home, using the same tactics some on Trump’s side have used to force conservatives to vote for Trump: Any vote not for this candidate is a vote for the other candidate.

Sanders won most of the youth vote in the primary, and Clinton has struggled to gain ground ever since. Millennials aren’t going to vote for Trump in droves (Clinton is sure to get a higher percentage of their vote than Trump) but they’re also not going to turn out for Clinton the way they turned out for Obama.

A lot of that has to do with Clinton’s establishment background. Obama hadn’t been in the senate for very long and didn’t have a track record. Clinton is an entrenched politician, and that carries more weight than the history of her being the first woman president. 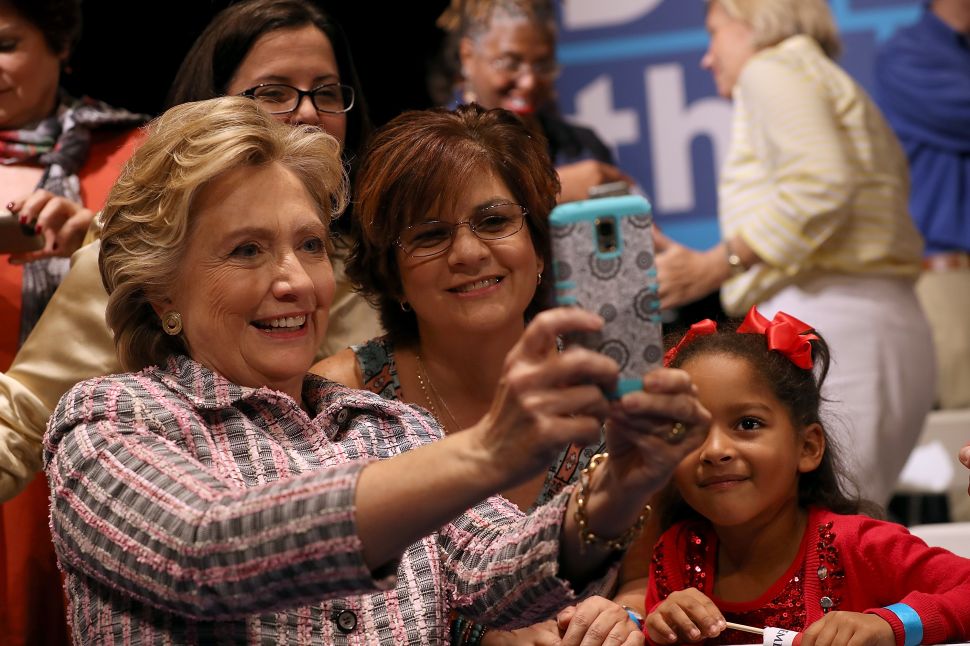