GUADALAJARA, MEXICO — At the 67th meeting of the International Astronautical Congress that wrapped last week, Planetary Society CEO Bill Nye and the organization’s Communications Director, Erin Greeson, presented the story of the global advocacy group’s founding, their incredible flagship solar sail mission, and a vision to spread awareness of space exploration throughout the world.

The member-supported Planetary Society was started in 1980 by Carl Sagan, Bruce Murray and Louis D. Friedman to promote the exploration of new worlds, especially in search of extraterrestrial life. The organization’s advocacy mission and the need to express space exploration to policy makers around the world quickly became a success.

Carl Sagan will always be remembered as the one of the most influential voices in space & science communication and his lasting legacy lives on in the Planetary Society. From his beloved television show Cosmos, to his leading role in NASA’s historic Voyager missions, Sagan’s contribution to space exploration is endless. Voyager 1 has became the farthest human spacecraft from Earth and continues to carry the Golden Record — a message to another civilization curated by Carl Sagan and others.

Before the probe began barreling toward interstellar space, Sagan asked NASA to take the famous Pale Blue Dot photograph, which has become a symbol for peace and global unity. Before his passing in 1996, Sagan used his well-known persona and political connections to prevent congress from shutting down SETI, and helped build the ideological foundation for future robotic exploration of the solar system.

In addition to his work with SETI and NASA, Sagan was a teacher. Working as an astronomy professor at Cornell University, he was able to share the cosmos with his students. Before passing away, Sagan touched the life of a young man, who would carry his torch for a new generation and have a profound impact on today’s space and scientific community. That man was Bill Nye.

Most of us known him as ‘The Science Guy’, thanks to his hit TV show, which debuted in 1993. Before he became the bow-tie wearing, science-communicating persona we all love, he was Carl Sagan’s student, learning about the mysteries of the universe.

Nye accepted the role as leader of the Planetary Society in June of 2010 during a board meeting attended by another famous science communicator mentored by Sagan, Neil Degrasse Tyson. During the IAC talk in Guadalajara last month, Nye revealed that he wasn’t sure exactly how the whole thing went down (there was a lot of wine involved), but he emerged as the CEO of the non-profit group.

Today, the Planetary Society is growing rapidly and has expanded its directive to include the search for potentially dangerous near-Earth asteroids. In fact, just last month, Bill Nye and Erin Greeson both participated in the activities surrounding the launch of NASA’s asteroid-hunting spacecraft, OSIRIS-REx, from Kennedy Space Center. Nye gave a talk on the need to not only study asteroids like Bennu for possible impact trajectories, but also the need to search for biological life in the solar system. Jupiter’s moon Europa, he explains, is a good place to start.

“We also care deeply about Europa. We’ve advocated for missions to Europa for decades. Science can unlock secrets of the moon’s ocean and icy terrain,” Nye said to the Observer. “By exploring other worlds, we can better understand the cosmos and our place within it. This is an exciting time in space exploration.”

Years ago, even before Carl Sagan would help create the Planetary Society, he dreamed of a revolutionary type of spacecraft that could travel across the expanse of space using the power of the Sun — the solar sail. The Planetary Society is carrying out that vision 40 years later with their Lightsail project. The first iteration, a shoebox-sized cubesat, launched in May of 2015, and was outfitted with a large 32-square-meter mylar sail. While the mission didn’t go entirely as planned, the small craft did deploy its silvery sails, sending back some epic selfies in the process.

As Bill Nye noted in Guadalajara, solar sailing is made possible with the help of packets of light called photons. Meaning actual light from the Sun pushes the sails, not streams of “solar winds” which Sagan mentioned in some of his talks.

“The romantic notion of this is still with us and it’s that romantic notion and the story that humans could one day sail through the cosmos using the pressure of sunlight is really just wonderful,” Said Nye during his presentation at the IAC. “My old professor talked about it forty years ago and I’m still talking about it today.”

Nye also explained that even though solar sailing has been a dream of the Planetary Society since the Sagan days, the project was possible now because of something that Sagan didn’t have access to: crowdfunding. The Planetary Society successfully launched a kickstarter campaign in 2015 that provided much of the funding needed for their spacecraft.

When the first Lightsail mission launched, the mission hit a few snags: there were failures in deployment of the super-shiny solar sail, communications setbacks, and software issues over the course of the six week dramatic test mission. Just as it seemed like all hope was lost and the mission could be a complete failure, the spacecraft awoken, deployed the sail, and even took a selfie.

Regardless of the hiccups the Planetary Society encountered during Lightsail 1, the mission itself became a proving ground for the organization’s outreach methods. As Communications Director Erin Greeson asked in Guadalajara, “How do you reach the general public? How do you get people involved?”

The selfie taken during Lightsail 1 was an important aspect of the mission and helped to answer the questions posed by Greeson. As she explained, getting people excited about space exploration requires accessible language, some form of participation, and rich multimedia.

“The most important aspect of space communication is understanding, and empowering your audience. We want people of all walks of life to experience the awe of space exploration. Whether you’re addressing the science community or school children, policymakers or the general public, you can welcome people in through language they relate to,” said Erin Greeson to the Observer.

“Can you imagine a space program without pictures?” Bill Nye argued during his presentation. “Who would care?” It was one of Planetary Society’s founders, Bruce Murray that first proposed cameras on a spacecraft—to much criticism. The photo taken during Lightsail 1 was a victory for the organization and an effective way to bridge the everyday person with space exploration.

“Share a great story. Use inspiring images, voices and angles. Innovate across media, and prioritize creativity. Our mission is to empower the world’s citizens to advance space science, and our cofounders Carl Sagan, Bruce Murray and Louis Friedman set standards of excellence in space communication,” explained Greeson. “We are excited to see a surge of talented younger space communicators carrying our founder’s legacy onward. Today’s emerging professionals are tomorrow’s great leaders.”

With the Lightsail 1 mission now in Planetary Society’s rear view, they are preparing for Lightsail 2, which will launch on SpaceX’s Falcon Heavy rocket next spring. Bill Nye assured everyone that they’ve solved the issues experienced during the first test mission and are hopeful for a successful mission. Regardless of what happens, the public will be along for the entire ride or as Greeson calls it, “the good, the bad, and the ugly.” Two pillars of Planetary Society’s mission is transparency and collaboration. About 11,000 selfies will be loaded onto the Lightsail 2 solar spacecraft giving many a stake in the mission’s success.

At this year’s Congress, the Planetary Society stood among industry giants like Lockheed Martin, SpaceX and Blue Origins and distinguished themselves as the glue that binds public interest with space exploration. The organization is a much needed force for potent advocacy and is quickly becoming its own force for exploration. Bill Nye and Erin Greeson even attended Elon Musk’s presentation on how they would send humans to build a settlement on Mars.

“We advocate for space exploration. Our members and our extended community are excited about searching for signs of life in the cosmos, including plans to send humans to Mars. We were very impressed with the IAC crowd’s extraordinary enthusiasm for Elon Musk’s visionary presentation,” Said Bill Nye to the Observer. “SpaceX’s proves itself as an extraordinary innovator and leader for the Mars Generation. We urge all Mars explorers to emphasize a balance between exploration and planetary protection. We don’t want to accidentally contaminate the Martian environment, as we make discoveries and search for life.”

“What we experienced at IAC is a new movement for space.” 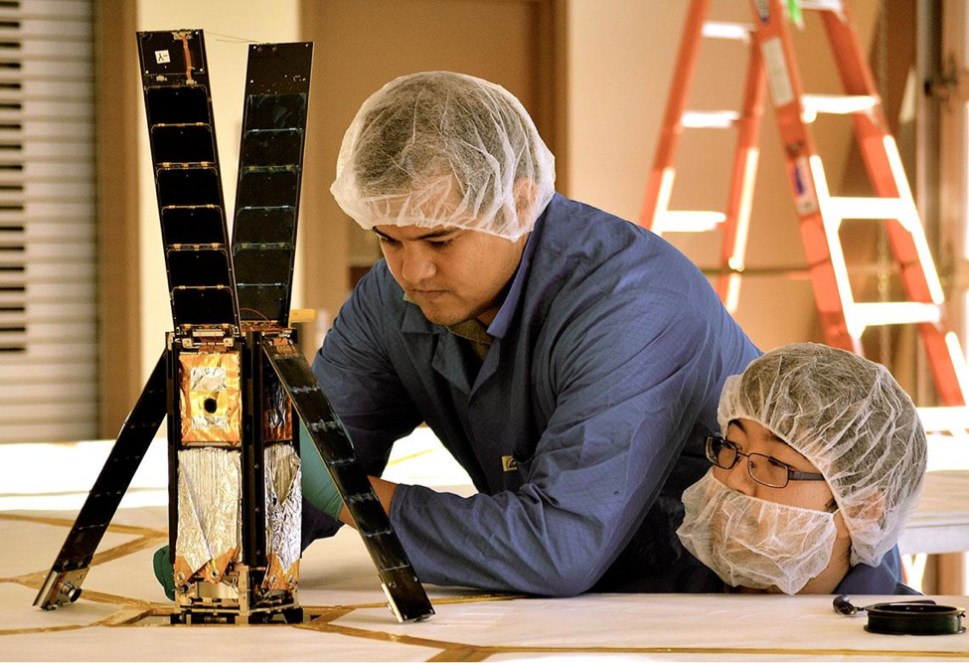