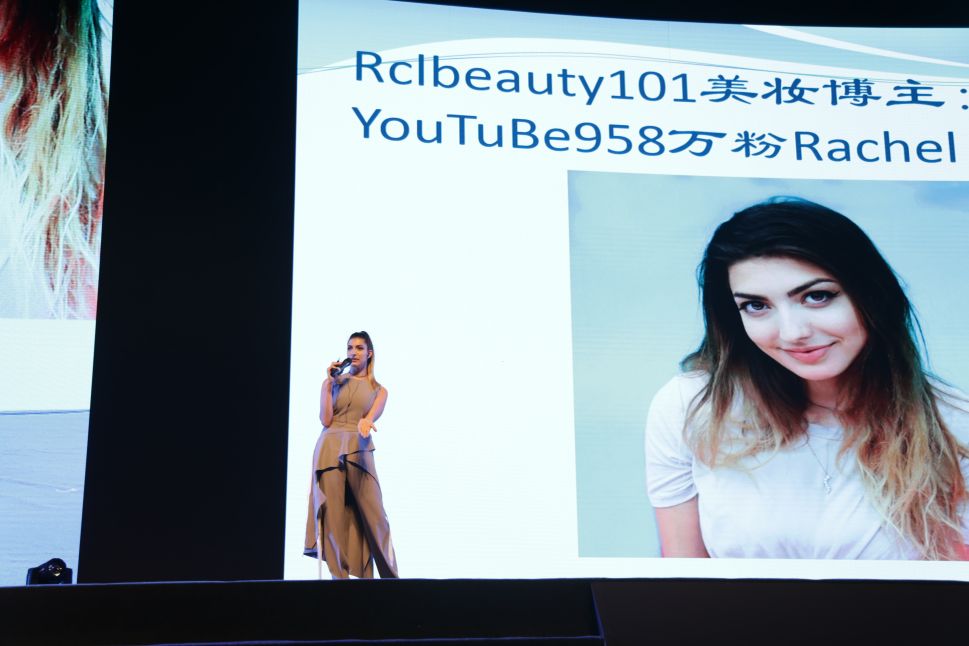 When it comes to career goals, 54 percent of China’s 2016 college graduates consider becoming an Internet celebrity (the Chinese term Wanghong means, literally, “web famous”) their preferred path, according to a study released in July by Tencent QQ, a multifunctional instant messaging software popular among young Chinese.

I was recently in Beijing to promote my memoir, Create Your Star Power: A Guide to Self-Fulfillment, fresh off the press under the auspice of People’s Daily Publishing.  Eager to grasp the Chinese millennial worldview, I was quick to accept an invitation to attend the inaugural Red Bang World Influencer Summit in Beijing (September 16-17).

According to CBN Data, a commercial data company affiliated with Alibaba, this year China expects to generate over 58 billion yuan of influencer economy, surpassing the 44 billion of fast-growing box office income of 2015.

Surrounded by major players from North America, Europe and China, it was easy to sense that everyone’s worth was no more—and no less—than the number “fans” attached to his or her name. Jason Chen (singer), Rachel Levin (Rclbeauty 101), Michael Zee & Mark van Beek (Symmetry Breakfast), Grant Thompson (The King of Random), Brent Morgan (musician), plus China’s own Ayawawa (love life specialist), Niu Honghong (cartoonist) . . . . I lost count.

The penetration rate of the fan/fame machine among China’s rising middle class—especially with regard to those born after 1980 and under the One-Child Policy—is much higher than in the United States. Even Wang Sicong, son of the richest man in China, Wang Jianlin, sought and successfully monetized his Internet fame. Wang Sicong’s dog Coco has her own Weibo (Chinese Twitter) account, boasting more than 1.9 million followers and eight iPhone 7s as her newest toys. The heir’s last two girlfriends also cashed in, through their own Alibaba-powered personal stores.

So, what’s the difference between the American and Chinese fan economies?

According to Ding Chenling, founder of Redbang, an Internet celebrity consulting firm and sponsor of the summit, Chinese influencers are relatively weak in original content but strong in monetization. American influencers, on the other hand, are slow to adopt e-commerce.

A US- or European-based influencer is more likely to have monetized his/her following through brand engagements, like Michelle Phan endorsing Lancôme, and PewDiePie partnering with video games and movie studios. While this is catching on in China, the mainstay of a Chinese influencer is likely an e-store on Alibaba’s Taobao or other similar platforms, where fame translates instantly into sales. However, the two business models are converging, as more Chinese Web stars have taken on commercial endorsements.

A typical, albeit dated, “Internet Hottie” in China sported a Manga-inspired awl-shaped face, contrasted with disproportionally large eyes, high nose and white skin, often engineered through plastic surgery (at least 10 percent of such hotties have gone through this standard operating procedure, according to Aimei Consulting). Hundreds of Internet celebrities—mostly females—tout clothes and cosmetics on Taobao, the world’s largest online shopping platform owned by Alibaba. In 2015, five out of the 10 top-selling Taobao stores were linked to recognizable Internet celebrities.

But there are other ways to make money: advertisements, paid appearances, partnerships, brand ambassadorships, tips and gifts from fans, to name a few. As live broadcasts gain currency in China, streaming platforms are expected to grow from 200 at the end of June to 400 by the year-end, creating a USD $7.5 billion industry.  One (female) broadcast anchor reportedly received a tip worth one million yuan (USD $150,000). Most self-styled hosts live a much less glamorous life, but in a bubbly industry, inflated tips abound.

Papi Jiang, an Internet celebrity thrust into fame earlier this year for her fast-talking, satirical videos mimicking the widespread complaint culture, generated more than 74 million views in one day for her first live stream in July. Earlier, in March, she sold a 12 percent stake in her company in exchange for 12 million yuan (roughly USD $1.8 million).

Although money continues to shower China’s emerging web stars, yet the Redbang Summit was marked by a relatively sober atmosphere—no screaming fans chasing after influencers or clamoring for front-row seats to their speeches. Many industry players call for a new regime, where content will be the king, replacing platform and capital as the latest buzzwords.

By definition, Internet sensations earn self-made fame without validation from traditional information gatekeepers, and as China enters the age of Web Stars 3.0, the Redbang Business Academy will study this new order, with additional missions to import international influencers, incubate new talent and invest in related businesses.

China’s top-earning online novelist Tang Jia San Shao reportedly received a one million yuan tip from a mysterious reader. As I left the summit, I could not help but wonder: What if I had self-published my memoir on the Internet?