It starts off slow. Heart rate building. Dry mouth. A drip of sweat slowly rolling down from your temple to your cheek. And then wham. A punch to the gut.

It’s inevitable in life. And yet so many of us see it as something we can’t control. Or worse, something we should bury and ignore.

Keep Calm and Carry On might work for t-shirts and tote bags, but as advice for real life? It’s about as useful as sticking your head in the sand.

Stress affects us in different ways, at different times, but one of the most common situations we’ve all encountered is right before a big performance. Whether that means talking to your boss, singing karaoke, or playing sports. Pre-performance stress is a real thing. And it kills our ability to act.

But what if there were ways to rewire our brain to use stress to our advantage? To take those feelings of dread and anxiety and transform them into energy, excitement, and focus? To make stress our own version of Popeye’s spinach?

Sounds like a dream. But thanks to new research into how our brains handle stress, it doesn’t have to be.

When our brains feel stressed, they release a chemical called noradrenaline.

Noradrenaline is one of these strange chemicals that is both equally amazing and terrible for us. In the brain, it both increases arousal and alertness, promotes vigilance, enhances formation and retrieval of memory, and focuses attention; while also increasing restlessness and anxiety.

We don’t function too well with too much or too little of this chemical, but, according to Ian Robertson, a cognitive neuroscientist at Trinity College Dublinand author of the upcoming book The Stress Test: How Pressure Can Make You Stronger and Sharper:

“There’s a sweet spot in the middle where if you have just the right amount, the goldilocks zone of noradrenaline, that acts like the best brain-tuner.”

Which means that as long as we find ways to control and handle stress emotionally, it can actually be an incredible way to boost brain function, increase creativity, and ultimately (and somewhat ironically) become happier, less anxious, and less depressed.

But the trick is just that: How do we change the way we deal with stressful situations so that we use them to our advantage instead of crippling us with anxiety?

Start by reframing the situation

Many of the symptoms of anxiety and stress—dry mouth, racing heart—are the same as excitement. And studies have found that when people are put in stressful situations such as public speaking or singing karaoke, telling yourself to calm down can actually backfire.

Instead, those who reframe the situation as exciting and ride the wave of stress are better equipped to handle it.

When we feel anxious right before a meeting or before talking to someone we respect, that anxiety can drain working memory capacity, decrease self-confidence, and harm our overall performance.

And knowing that this is our usual reaction makes matters even worse. The anticipation of anxiety makes us think of the usual counter-balance: calm down.

But when Alison Wood Brooks, an assistant professor at Harvard Business School, began looking at how we react to the idea of stress, she found thatpeople who reframed their anxiety as excitement performed better than those who tried to bury it with calmness.

Both stress and excitement are characterized by high arousal levels and a low sense of control.

See stress as a challenge, not a burden

Another way to look at this is as either a ‘growth’ or ‘fixed’ mindset—an idea proposed by Stanford psychologist Carol Dweck, which basically means that those who believe they can change, do.

With a fixed mindset, you believe that the things happening to you or the way you feel can’t be changed. This fatalistic approach holds you back from being able to change the way you see a situation.

On the other hand, people with a growth mindset see potential failure as a chance to learn. They’re the ones who can turn stress into excitement and find that sweet spot where stress actually enhances performance.

Think about comedians or performers who worry if they don’t feel that ‘edge’ of anxiety before a performance. Or Tiger Woods, who said if he doesn’t feel anxious before a match, he knows he’s going to do badly. With the right mindset, stress can be a performance enhancer.

Build a new track for your mind

We’ve all felt those situations where negative and unproductive thoughts, stress, and anxiety just won’t leave us alone.

Each ‘thought’ is actually a complex pattern of activity between proteins and chemicals, gene expressions, and neural connections in our brain. And the more we have a thought, the stronger that mental connection becomes.

Neuroscientist Alex Korb describes this like a ‘ski track in the snow’.

“The more you ski down a path, the easier it is to go down that path and not another.”

So just like the fixed mindset, the more you react to stress with anxiety, self-doubt, and fear, the more likely you’ll feel the same way in a similar situation.

But psychologists have found a fix. It’s called ‘cognitive reappraisal’.

“I tell clients to think like a scientist. You are using your observations and descriptions about yourself non-judgmentally, observing and describing facts.”

So, rather than letting your negative self-doubt run wild, you need to recognize when you’re going down this negative path and stop yourself.

Writer Elizabeth Bernstein suggests we write down our thoughts and identify what specifically triggered them:

“My boss sent me an email to call him and I started worrying that he hates my work and I’m going to get fired.”

Get those thoughts out of your head and on paper, and then get toss on your lab coat. Challenge your assumptions as a scientist would challenge a hypothesis.

Is your work bad?

Will you get fired over it?

Chances are when you start to actually think about it, you won’t have grounds to support your initial feelings. But don’t stop there. Look for evidence to the contrary. What are your successes? Did you get a promotion recently?

Write down all of the things that counter your self-doubt. Writing strengthens memory, and the more you commit to reframing doubt as confidence, the more you’re able to veer off that ski course you’ve been on.

And if that doesn’t work? Take it to the extreme.

You think your work is bad? Tell yourself it’s the worst. Tell yourself that there’s never been a worse writer/designer/developer than you and that you’re lucky they don’t toss you out to sea just to make the world a better place.

“You’re going for the laughter,” explains Steve Orma, a clinical psychologist and author of Stop Worrying and Go To Sleep. The laughter will make you feel better and will help underscore the absurdity of your negative thoughts.

If you want to get in shape, it takes more than one monster session at the gym. And your brain is no different.

Learning to reframe how you handle situations and turn stress and self-doubt into Red Bull for your productivity takes time. But actually not that much.

A 2014 study in the journal Behaviour Research and Therapy showed that people who practiced cognitive reappraisals were able to significantly reduce their negative emotions in just 16 weeks.

Four months to a better, happier, more productive you. And all it takes is a little perspective. 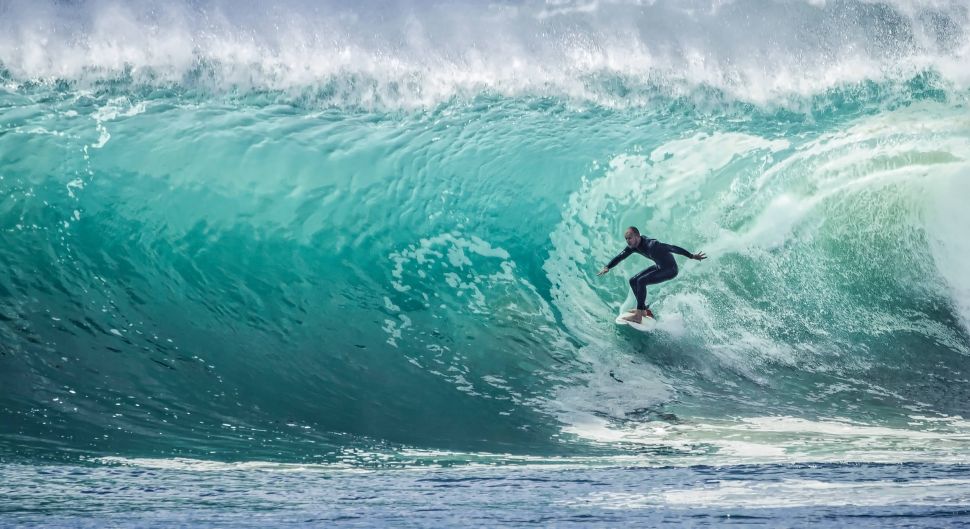