‘Imagined Dialogue For’ is our new series by the hilarious and talented Chris Scott, of Reviews of Movies I Haven’t Seen fame. First up? Chris takes a stab at guessing what happens in ABC’s new Kiefer Sutherland-as-president drama, Designated Survivor. 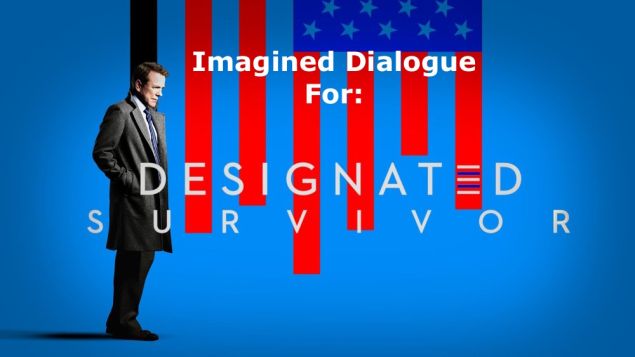 Kiefer Sutherland is designated to survive. Which makes sense…kind of? Photo via ABC

TOM KIRKMAN’S DAD: And so, son, Congress instituted a policy that one member of the president’s cabinet would not attend the annual State of the Union Address, just in case — God help us — some catastrophic event killed the entire government. And this person is called a “designated survivor.” Remember those words. Designated. Survivor.

TOM KIRKMAN: Man, that would be terrible. Though it seems incredibly unlikely, I hope I’m never the designated survivor.

TOM KIRKMAN’S DAD: Yes, statistically speaking, it’s hard to fathom this ever happening to you. The very specific set of circumstances and events that would have to take place in order to lead to that seems basically impossible. But whatever happens Tom, just remember the true designated survivor is right in here. [GESTURES TO TOM’S HEART]. Anyway, you’re only 10 years old and I’m not really sure why I’m telling you all of this. Have fun at soccer practice.

FIRST LADY ALEX KIRKMAN: What are you thinking about?

PRESIDENT TOM KIRKMAN: Sometimes when the burden of this job is almost unbearable — when I’m entirely overwhelmed by the sheer magnitude of my responsibilities as president — I think about all the presidents before me who have vomited in this very bedroom.

PRESIDENT TOM KIRKMAN: Stomach flu, Alex. The great equalizer. I’ve always thought that. It doesn’t matter who you are — President of the United States, Michael Jordan, the emperor of the moon, everybody — when the flu lines you up in its sights, you’re just a guy puking his guts out. Nothing more, nothing less. I think there’s something really comforting and beautiful about that.

FIRST LADY ALEX KIRKMAN: I don’t think there’s anything comforting or beautiful about vomit. Also, ‘emperor of the moon’?

PRESIDENT TOM KIRKMAN: What I’m saying is, I never asked to be president. I’m just some guy who suddenly has to do the job, you know? But all those people before me who held this office, they were just some guys too. And, like me, none of them were immune to a vicious stomach virus or even food poisoning. The other night, we were in some stand-off with Iran and I was terrified, if you want to know the truth. Just completely terrified. And then I laid here awake in this bed and spent hours imagining Dwight Eisenhower covering every square inch of this bedroom with projectile vomit.

PRESIDENT TOM KIRKMAN: Take FDR, for example. Maybe the most important public figure of the 20th century. He threw up here. Probably a bunch. Lincoln, Kennedy, Reagan, they all emptied their stomachs in this bedroom at some point or another. You can count on that.

FIRST LADY ALEX KIRKMAN: I’m sorry, I guess I just don’t see why this is reassuring to you in any way.

PRESIDENT TOM KIRKMAN: Well with all due respect, maybe that’s why I’m the President of the United States and you’re not.

FIRST LADY ALEX KIRKMAN: You’re president because the real president was killed in an explosion.

PRESIDENT TOM KIRKMAN: And he puked here too. A few times, I bet.

PRESIDENT TOM KIRKMAN: And so, my fellow Americans, I stand here humbled before you. As we confront these challenges together, I intend to lead this country with the resolve and determination worthy of this office. I know that I was not elected. I assumed this role, per constitutional tradition, as a designated survivor. But as your president, I don’t intend to simply designated survive, but rather designated thrive. In the coming weeks and —

ADVISOR 2: It’s a clever line — designated survive versus thrive — and I know you want it to work, but it just keeps tripping me up. Maybe it’s a simple semantic thing.

PRESIDENT TOM KIRKMAN: This is so frustrating to me. It’s a really great line. Right?

ADVISOR 1: Yeah, like Mike said it’s clever. And the sentiment behind it is a solid one — underscoring that you want to succeed as president. I just — maybe it’s the word ‘designated.’ Like, I don’t know what it means to “designated survive” or “designated thrive.” It comes across as a little nonsensical, with all due respect.

ADVISOR 2: I think to Paul’s point, if there’s a way to take that basic message — about how you won’t settle for simply being a competent, mediocre president, but a great leader — and incorporate it into the rest of the speech somehow, that’s what we should strive for here. Truthfully when you read that line the first time it confused the hell out of me. And I kind of understand it a little more clearly now that I’ve heard it a few more times and you explained it, but I think it’ll confuse a lot of Americans too. I keep picturing a farmer in Iowa being like “Designated thrive? What? What’s he talking about? Get this man out of the White House.” You know?

PRESIDENT TOM KIRKMAN: It’s so weird, because in my mind it sounds incredible. Like the defining moment of my presidency. But you’re right, when I say it aloud it sounds like the stupidest goddamn thing I’ve ever said.

ADVISOR 1: You could just axe the word “designated.”

PRESIDENT TOM KIRKMAN: Yeah but then what’s the point. Hell, what’s the point of even giving a speech. I really had my heart set on this line. Ok, let’s do another draft.

PRESIDENT TOM KIRKMAN: Let me tell you something. There’s no instruction manual for being president. There’s not some “president school” they send you off to. There’s not like a President University where you leave home and enroll in President Classes and a bald, cardigan-wearing professor clears his throat and announces to the class in his nasally egghead voice “Attention students, I’m going to teach all of you how to be President of the United States” and you work your ass off for four years trying to maintain a perfect GPA so that when you graduate you can be president and at the beginning of your sophomore year your girlfriend back home leaves you for her yoga instructor because she says you don’t have enough time for her and you say “We both knew President University would be hard on our relationship, I explained that to you over and over again Jessica, but this is what I gotta do if I want to be President, these are the steps I have to take, so enjoy your life with Tim or Tony or whoever, yoga’s bullshit by the way” and then you finally graduate from President University at the top of your class and the dean shakes your hand and gives you your diploma and says “You are now prepared to hold the highest office in the world, go forth!” and then suddenly you’re President and you’re really awesome at your job because you have so much presidential experience and knowledge, ok? It doesn’t work like that. I wish it did, but it doesn’t. Now launch the damn nuclear missiles at Antarctica like I ordered. 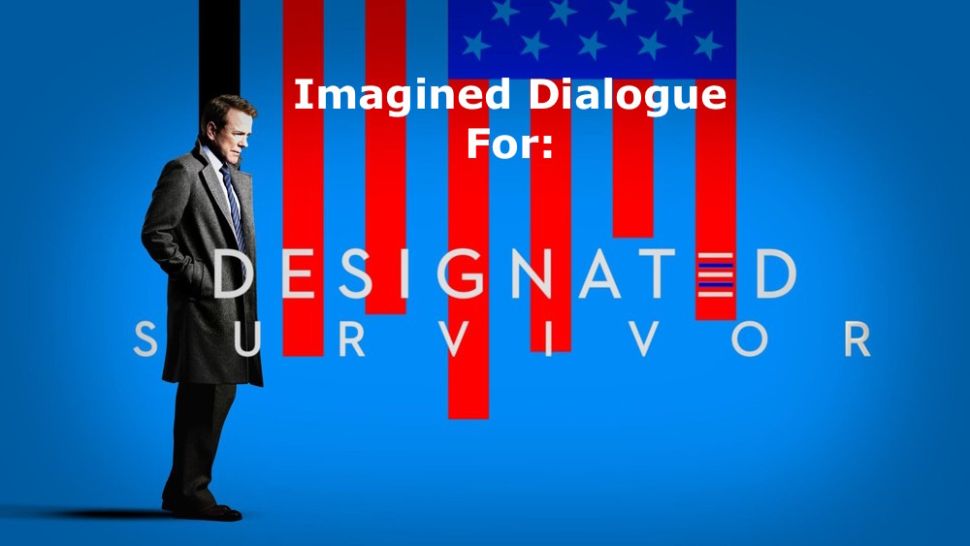