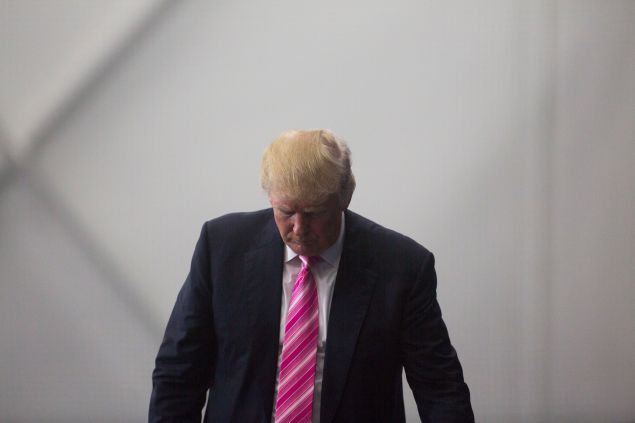 Congressional Republicans in New Jersey are shaken by the Trump effect but unlikely to lose—with one exception. Jessica Kourkounis/Getty Images

With one October surprise out of the way, Republicans in New Jersey are in a unique position after recordings surfaced of the real estate developer boasting about sexually assaulting women. Governor Chris Chris Christie has been one of Trump’s stalwart supporters among establishment Republicans, and said Tuesday morning that he will be sticking with him though not defending his comments.

With Trump suffering in the polls and Christie’s own approval ratings hitting all-time lows, the N.J. GOP has never been weaker. State Republicans like Lieutenant Governor Kim Guadagno and Assemblyman Jack Ciattarelli are following the national trend of bucking their party’s nominee. But only one down-ballot shake-up looks likely in the election’s final weeks: U.S. Representative Scott Garrett, whose rough year stands to get much worse if Trump’s unconventional candidacy depresses Republican turnout.

Rider University political scientist Ben Dworkin said that the congressional map will largely favor Republican incumbents as it has in previous cycles, with Garrett being the sole exception. His alleged anti-gay comments peeled away many important donors this year, and he faces a well-funded challenge from centrist Democrat Josh Gottheimer in the conservative 5th district.

“The one competitive congressional race was already competitive, even before Trump was the nominee. I think it just sort of contributes to that,” Dworkin said.

Seton Hall University’s Matt Hale echoed that sentiment, saying that other Republican congressmen, like Leonard Lance of the 7th district, will probably weather this cycle. Lance is facing a challenge from progressive newcomer Peter Jacob, and Hale believes Lance’s victory might not be as decisive as in previous years.

“I think that Gottheimer’s gonna win. I think there’s a real chance for a Democratic pickup in the 5th district,” Hale said. “My sense is that Lance is probably going to be OK. But it might be closer than expected.”

U.S. Representative Tom MacArthur will also be up for reelection in the 3rd district, as will longtime incumbent Frank LoBiondo in the 2nd. MacArthur’s well-heeled campaign is expected to quickly dispense with challenger Frederick John LaVergne, and LoBiondo likely has enough goodwill built up in heavily Republican Atlantic County to fend off attacks from challenger Dave Cole for campaign contributions Trump made to him in the 1990s.

Garrett and LoBiondo have come out against Trump in the wake of the recordings. Lance and MacArthur have previously offered their hedged support for him as their party’s nominee and the alternative to Hillary Clinton, but kept mum since the transcripts published in the Washington Post last week.

Christie, for his part, told WFAN Radio in New York Tuesday morning that he will still be behind the former reality TV star.

“I was there when he found out about it and there’s no question in my mind he’s embarrassed by it,” Christie said. “But I think that he should have been much more direct and much more focused on saying, just saying ‘I’m sorry and only I’m sorry and that’s what I would have done.'”

Hale said that Christie may have, as one of Trump’s earliest and most enthusiastic supporters, painted himself into a corner. Dworkin pointed to what he characterized as a long-diminishing public profile in the state—laying low during the initial fallout from the Bridgegate trial in 2014, spending large amounts of time out of state while stumping for his presidential bid the following year, and now spending much of his time as a surrogate for Trump.

“He made his bed and he decided he’s going to go with Trump, and he’s going to stick with Trump no matter what happens,” Hale said. “And so he has got no place to go other than to hope for a Trump miracle.”

“Any second-term governor who stands as a lame duck is going to be weakened,” Dworkin said. “I think his political ambitions and decision-making have weakened him still more. Which is probably why he’s at 23 percent approval rating right now.” 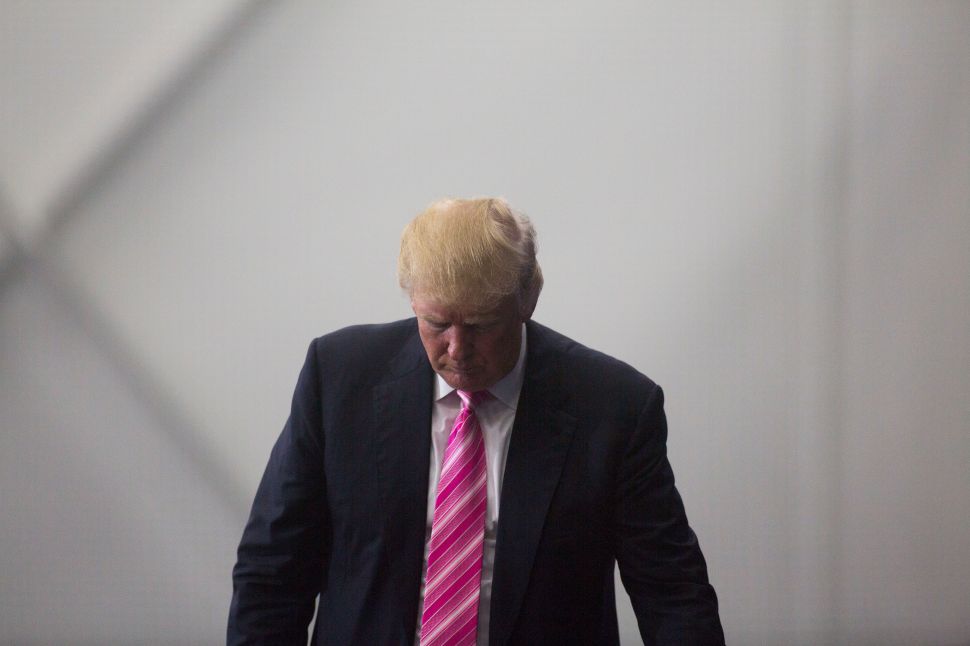