It is becoming increasingly difficult for people – particularly those from the developing world and the global south – to move around the globe. The UK voted “yes” to Brexit. Donald Trump wants to build a wall on the US border with Mexico. Hungary is also mulling a wall to keep “outsiders” from crossing its borders.

The attitude of citizens in higher income countries towards immigrants is hardening. Visas are harder to come by, no matter the purpose of your travel. And, as research we conducted in late 2015 reveals, scientists from the developing world are among those caught in the cross hairs.

As part of the research we conducted an online survey to examine the impact of visa requirements on scientific collaboration. Some of the respondents were postgraduate students; others were active researchers and academics in fields like biology, earth sciences, applied mathematics and engineering. In total, 232 people representing 46 citizenships – from Canada, Chile, France, Malaysia, New Zealand and Kenya, to name a few – took part in the research.

We found that researchers from countries defined as developing by the International Monetary Fund perceive current visa rules as a major impediment to professional travel. Their peers from developed countries did not experience visa rules as a significant barrier.

Notably, 34% of the developing countries’ scientists reported losing out on professional opportunities because of visa delays and denials. This was in spite of investing on average more than 10 hours on each visa application to ensure they had provided all the required information.

Disturbingly, a number of student respondents who originally came from developing countries said they were reluctant to attend international conferences. The stated reasons was because they were not guaranteed readmission to the developed countries in which they were studying. These students said they were at the mercy of immigration officers with each border entry.

The results showed that it is becoming more commonplace for scientists from developing countries to forfeit short exchange visits and international conferences. This was echoed in an email we received from Professor Coleen Moloney of the University of Cape Town’s Department of Biological Sciences:

I now limit international travel because the whole visa application process is too time-consuming, expensive and stressful. And my travel is usually at the request of and funded by organizations in the country I am traveling to…

Moloney and her international colleagues are losing out on valuable chances to strengthen their networks and further develop collaborative research.

It is not only scientists from the developing world who benefit from being able to travel easily.

Humanity’s ability to innovate and solve challenging problems is strengthened in a global society. When scientists from around the world are able to work together, problems can be solved. This is evident in major international science projects like CERN, the Square Kilometre Array (SKA) and the International Space Station. These all rely on global collaboration for success.

Travel and collaboration allow developing countries to strengthen their scientific capacity. Developed countries, in turn, receive an injection of ideas. Discriminatory immigration policies that impede the movements of those trying to invest in their home countries weaken innovation and progress.

How can this problem be proactively tackled?

Few would argue against tight border control policies to keep citizens safe. But there are many ways in which streamlined immigration policy could better facilitate travel by bona fide scientists. In a recent letter published in the journal Science, we outlined just two options.

First, developed countries could follow the example of the US visitor visa, which is valid for 10 years. The current UK and Schengen visas, meanwhile, seldom extend beyond six months. This would be a way for politicians to acknowledge that academic collaborations frequently extend beyond regular visa restrictions.

Second, developed nations could also adopt existing programs that allow third-country access for some countries’ visa holders. Such programs would expand on systems used by countries such as Panama, along with European territories in the Caribbean, that accept USA, UK, Canadian, Australian and Schengen visas for entry – without requiring a separate visa application process.

This would still take public safety into account: such a system would favor holders of visas from countries with stringent vetting processes.

We are not proposing that scientists receive special treatment, or that stringent vetting standards be diluted.

Instead, our suggestions will afford scientists from developing countries who have already been vetted easier movement across international boundaries – similar to the freedoms that citizens from developed countries already experience. This will greatly benefit the social and economic progress of society at large. 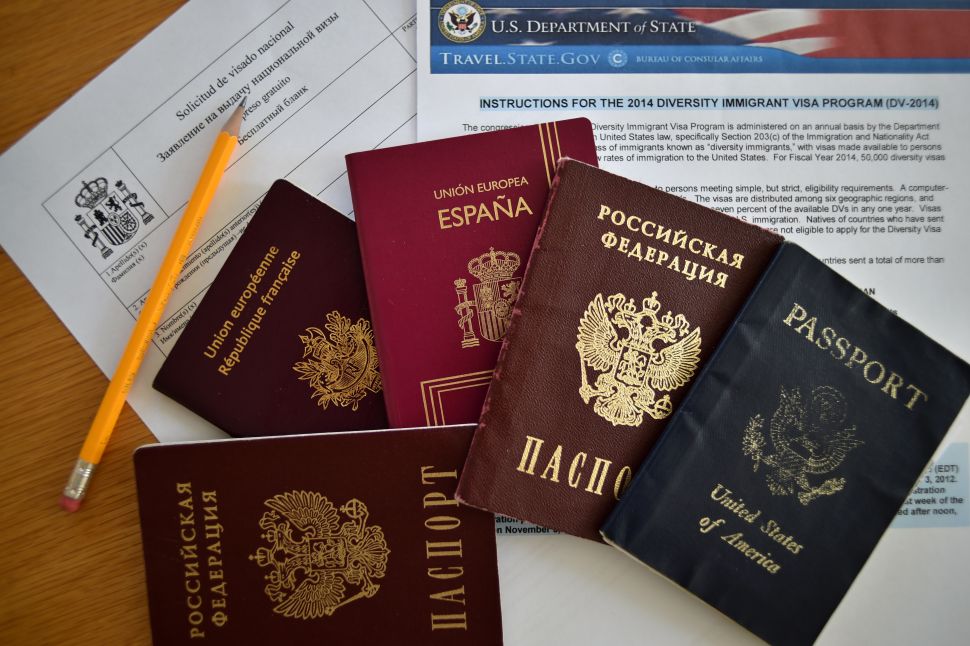