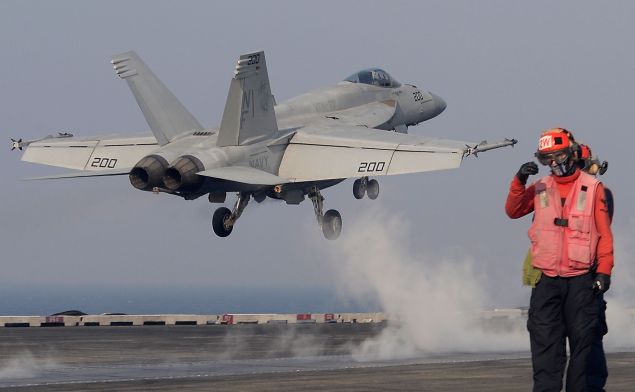 Twice last week—and possibly a third time—U.S. Navy ships on patrol in the Gulf of Aden were attacked by sophisticated cruise missiles. The American warships were not hit, but they did have to fire SM-2 and Sea Sparrow defensive missiles and use Nulka anti-ship missile decoy countermeasures to disable the incoming weapons. The Houthi attack utilized cruise missiles—variants of Silkworm missiles, weapons Iranians are known to use.

In response, the U.S. ships destroyed three radar stations along the Red Sea Coast in Yemen. The radar sites helped guide the missiles, and they too were operated by Iranians.

The American warships—two guided-missile destroyers, the U.S.S. Mason and U.S.S. Nitze, as well as the amphibious transport ship U.S.S. Ponce—are operating in the Gulf for two reasons. First, they are ensuring the safe passage of merchant ships through a critically important shipping lane: the Bab el-Mandeb strait, which connects the Red Sea to the Gulf of Aden (3.8 million barrels of oil a day pass through the chokepoint on Yemen’s southwestern coast, making it the fourth busiest transit point for oil on earth). At the northern end of the Red Sea is, of course, the Suez Canal and access to the Mediterranean and Europe.

For 18 months President Obama has tried to avoid direct involvement in the conflict. These cruise missiles changed that.

The second reason for the American presence is to provide intelligence support to Saudi Arabia-led forces fighting the Iranian-backed Shiite Houthis in Yemen.

Just a week before the attacks against the American ships, a Houthi-launched cruise missile caused significant damage to another ship, the HSV-2 Swift, an unarmed aluminum high-speed transport vessel. The ship was being leased by the United Arab Emirates to move supplies and wounded in the region. The UAE is part of a Saudi-led coalition.

The Houthis are a Shiite sect of Islam, and have long maintained a stronghold in Yemen’s northern province of Saada, up against the Saudi border. Long maintaining a generally peaceful détente, the Houthis began protesting in the 2014, with thousands demonstrating in the streets of Yemen’s capital Sana’a. The Houthis called first for the reinstatement of fuel subsidies that had been cut significantly earlier that year, and then for the government to step down.

In addition to the Shia rebellion, al-Qaeda had been active in Yemen, and there was a separatist movement in the south. The recently elected president, Abd-Rabbu Mansour Hadi—considered moderate and friendly toward the United States—stepped down.

The Saudi-led coalition is supporting troops of President Hadi’s government-in-exile. The conflict has killed an estimated 6,800 people, wounded more than 35,000, and displaced many more. In simplest terms, the Saudis do not want the Iranian-backed Houthis to control the strategic chokepoint. For 18 months President Obama has studiously tried to avoid direct involvement in the conflict. The cruise missiles launched by the American destroyer U.S.S. Nitze against the radar sites changed that: It was the first direct U.S. involvement in Yemen’s two-year civil war.

For insight into the conflict, the Observer spoke with retired Admiral James Stavridis, dean of the Fletcher School of Law and Diplomacy at Tufts. “What we are seeing in the attacks off the coast of Yemen is the effect of Iran’s ability to use resources freed up after the end of sanctions under the nuclear weapons deal to further their ambitions throughout the region,” said Admiral Stavridis, the former Supreme Allied Commander of NATO. “It is not only Yemen but also Iraq, Syria and Lebanon that are at risk in a broader Shia agenda. Much of this conflict will come in the maritime sphere—both in the Gulf of Aden and in the Arabian Gulf.”

In response to America taking out the radar sites, Iran has dispatched two warships to the region.

The Houthi-Iranian attack was an act of war, and U.S. Navy ships in the region should understand rules of engagement to allow no further provocation. This will require a change in orders from President Obama, whose previous guidance allowed two American riverine craft and 10 crew members to be taken by Iranian Revolutionary Guard forces.

President Obama may have hoped that his Iran deal would have convinced the Iranians to refrain from their destabilizing policies. But it is clear that his largesse has both boosted the ayatollah’s appetite for risky behavior, and given him the financial means with which to indulge himself. 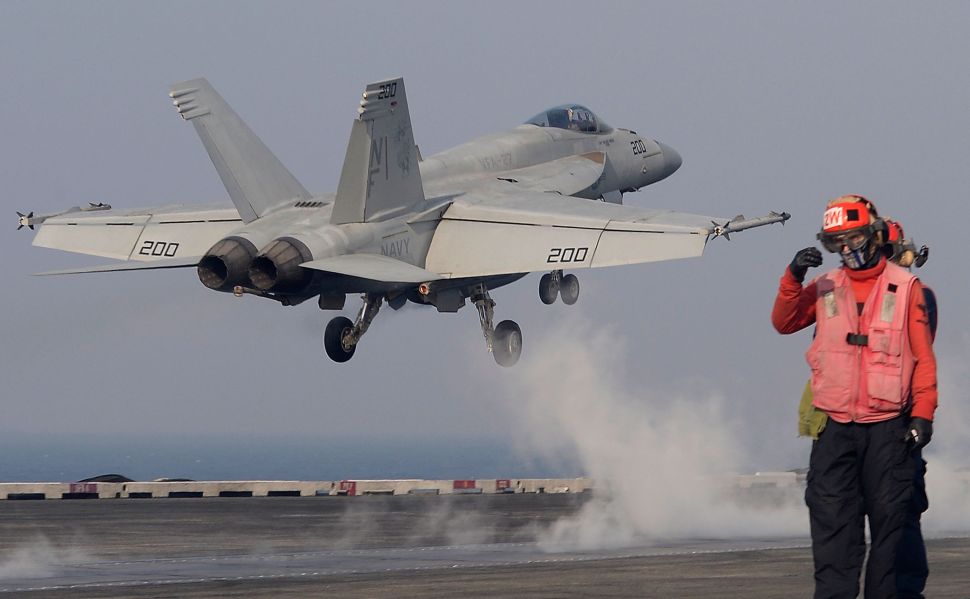