The primary purpose of the Nazi Sturmabteilung, or “Storm Detachment,” in the 1920s and ’30s was to disrupt opposing parties’ meetings and intimidate Jews, union workers and other minorities labeled as public enemies. The similarities between Students for Justice in Palestine and other groups operating on American campuses that physically disrupt Israel-related programs and practice physical and psychological intimidation of Jewish students are, increasingly, too marked to ignore. Equally difficult to ignore are the successes that the modern-day Brown Shirts are having.

Barkat had been scheduled to speak at SFSU on April 6. The campus had already seen its share of organized intimidation of Israel supporters. In 2013, for instance, the leader of the school’s General Union of Palestine Students posted a photo of himself holding a knife on social media, captioned: “I seriously cannot get over how much I love this blade. It is the sharpest thing I own and cuts through everything like butter, and just holding it makes me want to stab an Israeli soldier.” The SFSU report quoted another student who told an interviewer, “We make it a thing to not talk to an Israeli student.”

Dozens of Palestinian students and their supporters prevented Barkat from speaking by drowning him out with amplified chants of “Get the fuck off our campus!” and “Intifada! Intifada! Long live the intifada!”—referring to the campaigns of bombings, shootings, stabbings, and car-rammings that have taken the lives of some 1,200 Israelis and maimed thousands of others in the last 15 years. In this fashion they managed to not only prevent Barkat from expressing his views, but other students from hearing them. Ken Marcus, head of the Brandeis Center for Human Rights Under Law, describes the scene as follows: “The Mayor was not able to conduct his speech as planned. Instead, a small group of students interested in hearing him huddled closely around him. Several Jewish students were crying and others left because they felt unsafe. The chanting lasted for over 45 minutes while the law enforcement officers in attendance stood by doing nothing.”

Just as the Brown Shirts sought to promote and enforce a boycott of Jews, the pro-Palestinian forces on American campuses seek to frighten Jewish students in furtherance of their effort to promote and enforce a boycott against Israelis. It doesn’t stop there: the hostile questioning of Jewish students at UCLA and elsewhere about how they can be good, fair-minded university citizens given their Jewish faith has taken the fashionable ugliness to new lows. As noted Israeli author and essayist Daniel Gordis put it in an interview this month, “It’s really unbelievably sick what’s happening out there.”

The 57-year-old Gordis, raised in Baltimore, emigrated to Israel with his young family in 1998, an odyssey he recounted in his 2003 book Home To Stay: One American Family’s Chronicle of Miracles and Struggles in Contemporary Israel. He came to national attention after the Palestinian suicide bombing campaign began in 2000, when his emails back to American family and friends describing life in Israel under siege were circulated first to dozens of people, then hundreds, and finally thousands. In September 2001, The New York Times published excerpts from them in a piece entitled “Email From An Anxious State.” Gordis is a sought-after interpreter of Israel and the Mideast for Americans, and he is that relatively rare bird: a lucid writer and a dynamic orator. The Forward called him “one of the most influential Israel analysts around”; The Jerusalem Post went further, calling him one of the 50 most influential Jews in the world.

It was in part the ignorance about what Israel really is that led Gordis to write his new book, Israel: A Concise History of a Nation Reborn, despite the plenitude of books on Israel already on the shelves. He laments the two conflicting narratives that tear at each other in discussions about Israel, neither fair, and both tending to obscure the textured appraisal of the Jewish state which, Gordis believes, will lead reasonable people to conclude that Israel deserves to be appreciated for the remarkable place that it is. “One [narrative] is that it is an apartheid state,” he says. “The other is that it is a weak power and that any criticism of Israel is a betrayal of family.” Gordis does not buy either one, and both do Israel a grave disservice, as far as he is concerned. “We’re caught between two false narratives, both equally false,” he says. “One is that Israel can do no good. The other is that Israel can do no bad.”

Gordis is both open in his love for Israel and unsparing in his rejection of those who resist admitting that there are important criticisms of her that can’t—and shouldn’t—be waved aside. “Everyone in Israel knows that there are ugly manifestations of Jewish nationalism,” he told the Observer. “One can be a Zionist and [still] be open about the challenges that Israel faces.” One reason for Gordis’ credibility in laying out Israel’s case is that he cannot be readily pigeonholed as being on this ideological team or that one. “He’s on Israel’s team,” says his daughter Talia, an attorney. “Pigeonholing him other than that is very hard.”

A harsh critic of certain Israeli policies, Gordis nevertheless marvels at the penchant for caricature and context-avoidance that makes otherwise intelligent Americans lose perspective about what Israel has managed to remain in a neighborhood rife with barbarity and social values outdated by decades, if not centuries. Take a look at America, he says. “If I get pulled over in America for speeding, I’m not afraid of getting shot. Black people are. No one says: ‘That’s what America is about.’ No one says that a gun epidemic is what America is about.” By the same token, he says, “the occupation is not what Israel is about.”

Politely, but unflinchingly, Gordis expresses frustration about the knowledge gaps about Israel not just among Americans in general, but among American Jews, who often appear paralyzed, ostrich-like, intimidated, or otherwise ill-equipped to make Israel’s case beyond simple clichés. It is true that far too many American Jews can’t distinguish the Gaza Strip, say, from the Louisiana Purchase. Gordis tells a painful story about a recent meeting he was asked to have in Jerusalem with a visiting group of high school students drawn from top New York area high schools. “These young people were being ‘trained’ to be leaders in the [college] campuses they would soon attend in the drive to defend Israel,” he writes. “They had studied for months, and now there were in Israel for the culmination of their program.”

The students told Gordis about “the inevitable shouting matches with pro-Palestinian students at school,” recalled Gordis, and they asked him about the appealingly-simple minded, easily-digestible line that Israel occupies Palestinian lands, and therefore is to blame for the conflict. “I figured we should quickly review the history,” Gordis says, and asked the rising college students if they knew what year the occupation started, or the circumstances in which it did.

Not one of these well-educated American Jewish students, the crème de la crème of young Zionists, had a clue when the occupation began. “I thought they might be tired or shy,” Gordis recalls. “So I pressed and waited. Within a minute or two, though, it became clear, not a single one of these students—headed to the country’s finest campuses, and near-graduates of a program designed to enable them to make the case for Israel—knew when the occupation began.” Nor was he particularly surprised. “Most kids don’t know that the occupation started [in 1967] in response to a war that Israel didn’t want.”

Gordis wrote his new book with them very much in mind. “It’s very important to me that young people know that the idea of the Jewish state was not born in 19th century colonialism,” he says. “I would like people to see Israel as an extraordinarily noble experiment in the aftermath of a catastrophe.”

So much of the story is one of resilience and personal sacrifice, endurance and passion, on the part of a people who had little reason to believe that their efforts would result in what Gordis describes as “an unbelievably successful state.” The nascent national Jewish homeland that survived Arab efforts to eradicate it ab initio, Gordis writes, “with no financial reserves and very little infrastructure, suddenly had to absorb masses of immigrants much larger than its own population. Jews from North Africa, Iran, Iraq and elsewhere came to Israel by the hundreds of thousands when their host countries expelled them after the Jewish state was created; another one hundred and fifty thousand refugees from the Holocaust, bearing all the traumas of their horrific experience, also arrived at Israel’s borders. Formerly swamp-ridden and still uncultured in some areas and a largely barren desert in others bereft of natural resources, and almost completely out of cash, the state had few options for feeding and offering shelter to all these people and began to ration food.”

And that was only the beginning. What has ensued has been what must be regarded as a historic triumph, over enemies with formidable resources and bottomless vitriol, boycotts, attacks, threats, invasion, isolation and de-legitimization campaigns. Gordis not only is unconcerned about an open discussion of Israel’s flaws, including serious ones, but welcomes it. He embraces without citing it, Louis Brandeis’ famous observation that sunlight is the best disinfectant. Knowledge doesn’t hurt, either, and Gordis is determined to do his best to provide some to those who don’t know as much about Israel as they think they know, or as much as they need to know. 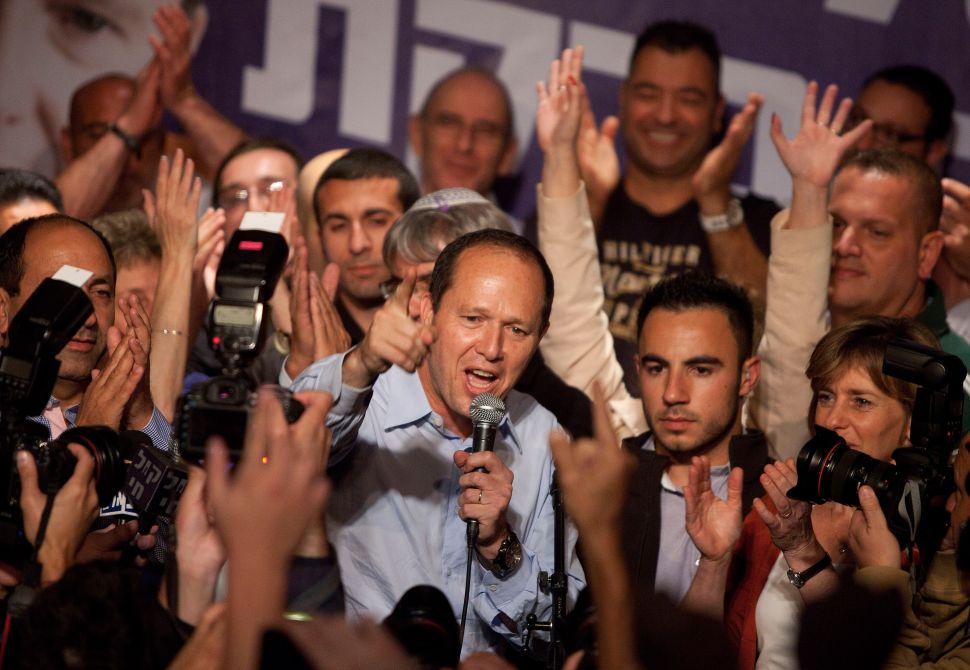