The World Economic Forum 2016 Global Gender Gap Report was published yesterday with a startling projection: women won’t be paid the same as men for another 170 years.

While this glaring insight into gender inequality shocked many, Saadia Zahidi, the organization‘s head of education, gender and work who founded the study and has co-authored it annually for 11 years, was not at all taken off guard by this finding.

“It’s certainly unfortunate that the pace of change has been slowing down, but it’s not in fact surprising,” she told the Observer when we spoke about how her team arrived at this number, why it will take so long and how we can make equal pay happen sooner.

Zahidi explained that for the study—which includes 144 countries—the WEF looked at 14 different variable across health, education, economic participation and political empowerment. They defined the combined gender gap by a combination of three things: the difference between women and men in participation in the workforce; the salary gap and earning differences for similar work; and the ability to get into skilled professional and leadership roles. And to arrive at 170 years, they looked at the rate of change over the last 11 years they’ve been doing this report.

So why has progress in closing the global gender gap been slowing down? Zahidi said there are four main reasons.

We were curious (and hopeful)—can steps be taken so closing the combined gender gap doesn’t take nearly two centuries?

“That’s one point we really want to emphasize,” Zahidi said. “This is based on what’s happened in the past, but it does not need to go this way in the future. If you look at specific countries, it’s clear it can happen much faster. Much of this has to do with economies realizing that their skilled talent is primarily made up of women. They make up majorities at universities. They need to ensure those women are integrated into the workforce. In some cases that means changing laws, and in others it means putting in proactive policies like quotas. In some it means putting in better care infrastructures.”

She pointed to the Nordic countries, which are not just at the top of the ranking but have continued to be among those closing the gap the fastest.

“These are very equal societies with high income as well,” Zahidi said. “Especially compared that to the U.S, which has been slipping—not because it hasn’t progressed. It has relative to its own performance, but others have just progressed faster.”

One thing that has put them ahead is their care infrastructures that have government-mandated maternity and paternity leave.

“Given that the U.S. does not have government-mandated leave, I think we can take a look around the world and observe the best of it,” she said. “It’s a combination of maternity leave, paternity leave and shared parental leave. It won’t have as high as an impact unless it’s shared and taking the care off the women.”

In the U.S. only 12 percent of private sector workers have access to paid family leave through their employers. This is just one of the reasons why women in the tech field (where there are already so few) are terrified of becoming pregnant. 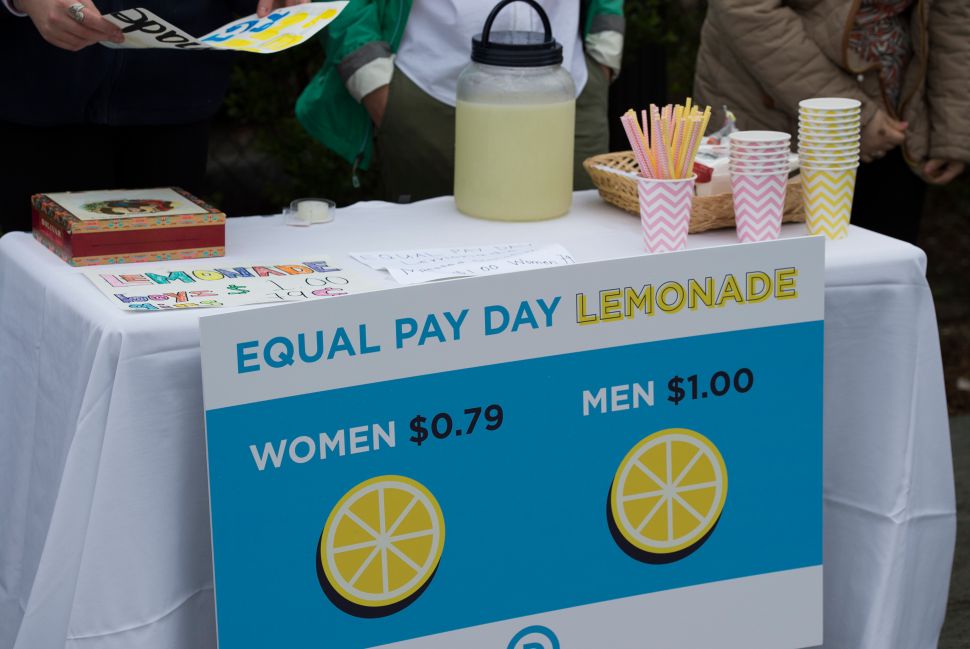