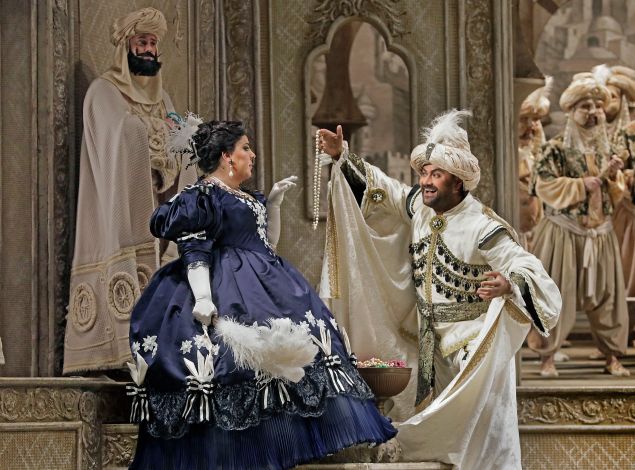 After last week’s less than stellar revivals at the Met—a scattershot Don Giovanni and a mostly routine La Bohème—what a relief it was last night to witness a top-notch return of Rossini’s frothy culture-clash opera L’italiana in Algeri.

Most of the credit for the high polish of this production should be assigned to James Levine, in his first local opera assignment since accepting the title of Music Director Emeritus last spring. The kudos shouldn’t go so much to his conducting, which was precise and colorful but lacking in fizz, but rather to the level of attention the 45-season Met veteran inspires across the company’s vast organization.

The white glove treatment afforded the maestro has always included careful casting, last night including two propitious Met debuts. In the role of the spunky Italian woman Isabella—who rescues not only herself but also a boatload of her compatriots from the clutches of the lustful Bey Mustafà—mezzo-soprano Marianna Pizzolato made Rossini’s elaborate coloratura roulades sound almost nonchalant. Even more impressive was her seamless legato in the love song “Per lui che adoro,” sung with such elegant sincerity it’s no wonder each of her three potential lovers believed it was addressed directly to him.

Pizzolato’s subtle artistry may take a few hearings before Met audiences completely warm up to her, but there was no mistaking the sound of a star being born when tenor René Barbera finished his first aria. The Met’s huge auditorium rang with applause and bravos for this performer’s big, exciting lyric tenor and his aggressive attack on the many high notes that dot this score. As Isabella’s boyfriend Lindoro, Barbera took a laid-back attitude to the intrigues of the plot, quietly amused as his beloved fought her battles.

Though bass-baritone Ildar Abdrazakov was in fine, burnished voice as Mustafà, he lost points for overplaying the comedy. It was as if he and Nicola Alaimo (as Isabella’s foppish sidekick Taddeo) were in a contest to see who could pack the most shtick into the show. They both lost.

Other pleasures included Ying Fang, who lent her pearly voice to the role of the Bey’s scorned wife Elvira, and the breezy production by Jean-Pierre Ponnelle, which first arrived at the Met only a couple of years after Levine himself. If some of the gags now feel a little dated, the design and concept boast an easy, stylish unity our current generation of directors would do well to emulate. 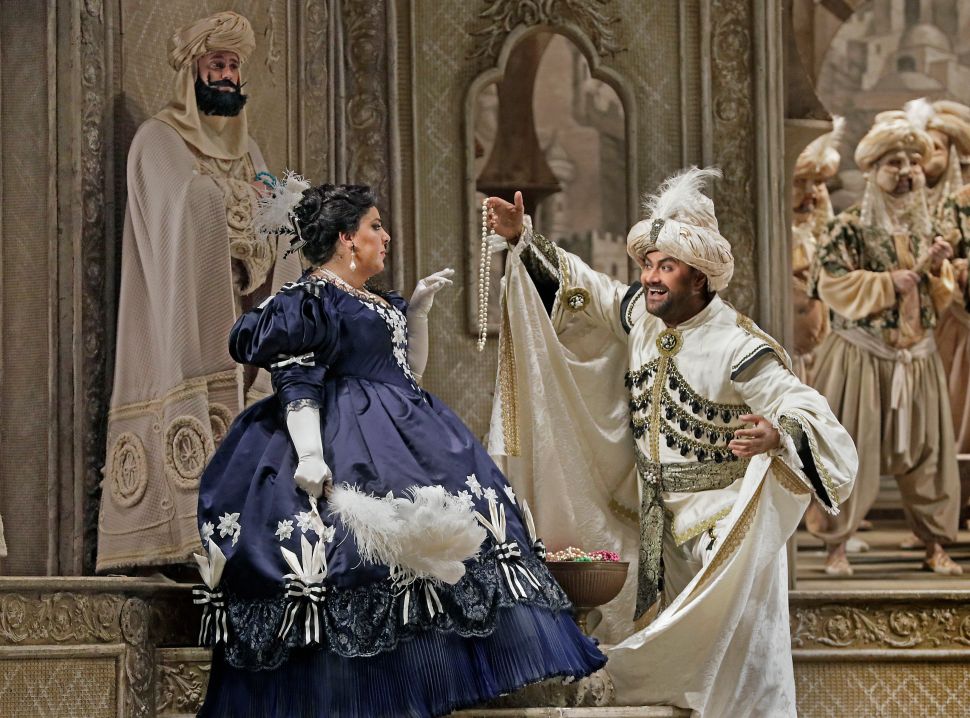