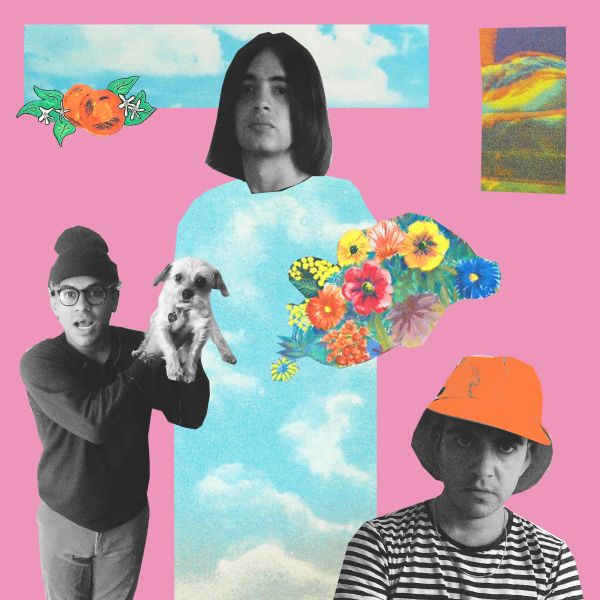 Miami is a weird place, and qualifying what it means to be from Miami for outsiders has been a source of frustration ever sense I left at 18 and never moved back.

When the rest of our country sees what bizarre people the locals appoint to public office, when they try to wrap their minds around how so much of a multicultural community can vote Republican (the Cubans are still mad at the Democrats for Janet Reno’s decision to take Elián González from his mother’s family and send him back to Cuba to live with his father, although they’re starting to wake up), you can understand why so many people think of the Sunshine State as America’s wang.

But Miami’s not quite like the rest of redneck-saturated Florida, and it’s not quite like South America or the Caribbean, although there are obviously tremendous cultural flavors and notes running through it.

People also don’t realize that there’s long been a DIY music community down there, muted by the neon and the tropical drinks, sparse and spread out by the massive size of a city where street numbers all have a different NW, NE, SW and SE address, and crucial to the city’s unique identity as a cultural melting pot. When you grow up in a town that sees the garish and tacky put on a pedestal, punk music has a natural limestone foundation on which to grow. And for Miami’s Jacuzzi Boys, making crusty garage pop became the ultimate act of refusal.

“You just take the cheese.”—Gabriel Alcala

“Being born and raised there, you just don’t care about all the lame shit,” Jacuzzi Boys bassist Danny Gonzales tells me outside before their show at Brooklyn’s Baby’s All Right. “It’s always been kind of dumb. It’s a very Miami thing, although it’s hard to pinpoint why. There’s a lot to push back against.”

“You just take the cheese,” adds guitarist and singer Gabriel Alcala. You could say taking the cheese also describes the band’s name, which they chose as a joke for two Orlando gigs years ago and just sort of stuck. Though they’ve never used jacuzzis in their imagery, and though the name conjures an image of some hormone-crazed jocks raging in the tub, now they just think it’s funny.

“When people hear the name and hear we’re from Miami, they automatically think it’s some kind of hip-hop or party music,” says Gonzales. “Like 2 Live Crew,” adds Alcala.

Accepting the cheese for what it is also rings as a strategy for surviving Miami when you’re a little bit crustier than the postcard-image-honoring gentry. When Gonzales recounts the show spaces that he frequented as a kid, it inevitably moves our conversation to focusing on Miami’s newish hipster enclave, the Wynwood Arts District.

“When I started going to shows it seemed like there were more pockets, because there was still the Kitchen Club in the Grove, so punk kids would still hang out in Coconut Grove,” he remembers. “Then Cheers came around, off of US1 in a nowhere part of town. That kind of took over Churchill’s for a while. And they were still doin’ shows on the beach then. But all that kinda went away. Now it’s just Churchills, and then Wynwood has kind of popped off, y’know?” (Their friend has a bar in Wynwood that the band also frequents called Gramps.) 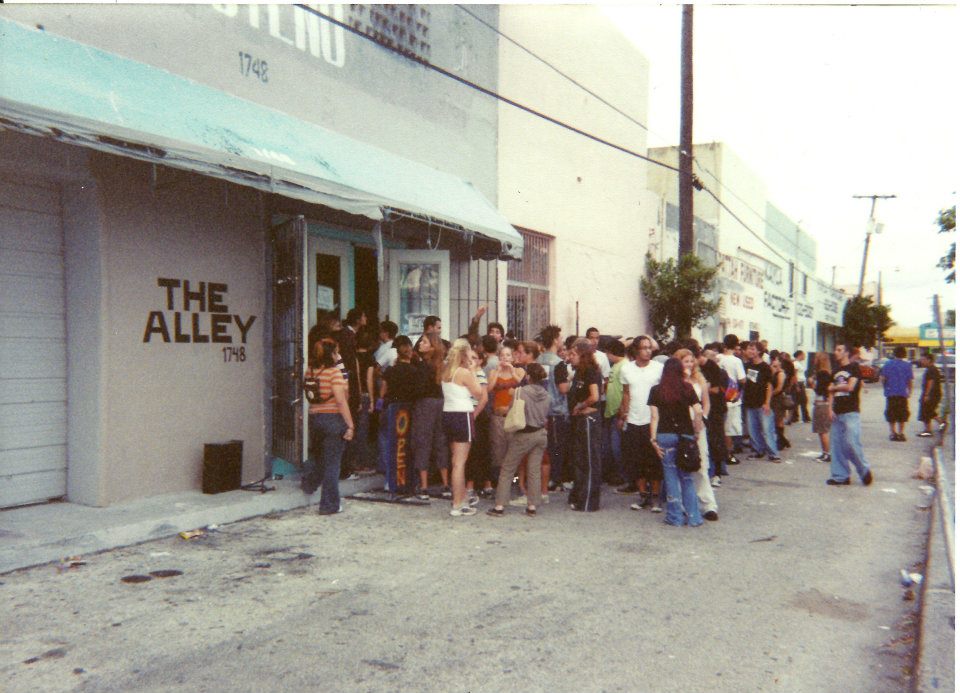 My own memories of Miami’s music scene also included Allapattah’s long-shuttered Alley, where a tiny room meant you could get crushed if the mosh kicked up too much, where rumors of punks getting into knife fights meant we had to tell our parents we were going somewhere else that night, and where the legends surrounding it’s tiny bathroom stall rivaled that of CBGB’s infamous toilet for levels of sheer crusty debauch.

Churchill’s Pub, an Irish punk-rock bar in Little Haiti, remains the last holdout of those days, though many worry for its soul since Dave Daniels sold the place a couple of years ago. Yet its two stages still host both local acts along with some of the bigger traveling independent acts coming through town, and Lauren ‘Lolo’ Reskin still runs her Sweat Records shop, no longer out of a room in the back like when I was a kid, but next store at her own storefront. This oral history of the community describes the juxtaposition between its crust and popularity quite well—“At Churchill’s, you might meet a rock star, but you also might have a gun pulled on you in the middle of a raucous noise set. And that same guy might even end up being a future friend.”

Miami transplant Iggy Pop not only frequents Churchill’s, but counts himself among one of Jacuzzi Boy’s many local fans. “We were playing at Sweat Records the same day that Iggy Pop was an honorary guest,” Gonzales told the Miami New Times earlier this year. “I looked out and saw him dancing with his shirt off. I got really nervous—Iggy Pop was our hero. We wouldn’t exist without him, but since then, he’s been really nice and supportive.”

“If you saw the Design District now, you wouldn’t recognize it. Super fuckin’ high-end Louis Vuitton and shit.”—Daniel Gonzales

But what of Wynwood, the “arts district” located in what we used to call the Design District? Jacuzzi Boys tell me how the building that used to house one of my favorite old spots, Soho Lounge, now sits empty. How cool was that bouncer to let me in when The Walkmen came through on the Bows & Arrows tour, even though I was only 17? You could argue that the other original Design District clubs, like the cooler-than-thou Pawn Shop that featured prominently in Last Night’s Party’s early years, laid the foundation for what would become Wynwood, with its corporate art crawls and gratuitous condos. All that new construction started happening right around when I left for college in 2005.

“If you saw the Design District now, you wouldn’t recognize it,” adds Gonzales. “Super fuckin’ high-end Louis Vuitton and shit.”

Hence, Jacuzzi Boys realize that you can love Miami and be a Miami band, but still ought to spend some time elsewhere if you want to get your name out.

“None of our albums have been recorded in Miami, which is kind of funny,” says Gonzales. Their first LP was recorded in Atlanta; the next two were recorded in Michigan. Their newest LP, Ping Pong, was done in L.A., and the band spent seven months there. When its glammy, crusty tales of debauch are finally unleashed on October 28, the constant back and forth will be worth it.

“Since the last year, there’s been this weird back and forth to L.A.,” he adds. “All of our friends from Miami who move to L.A. adapt easy. Get in your car, drive everywhere, deal with traffic.” 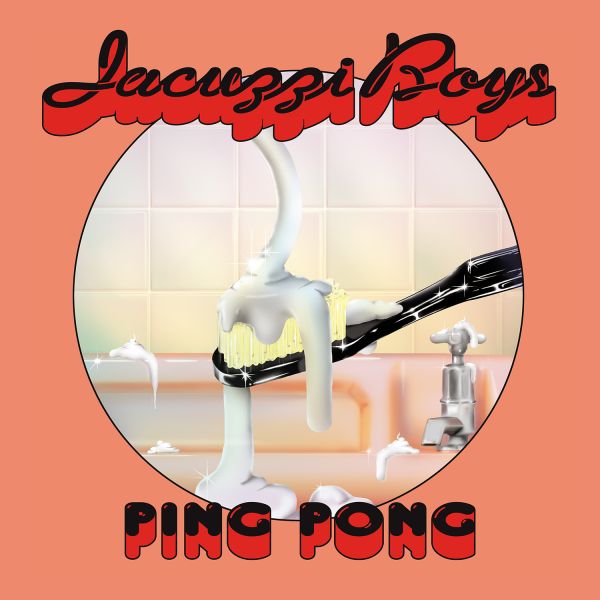 The last two records Jacuzzi Boys released on Hardly Art, and the last EP was their first sort-of self-released thing. Now they’re releasing Ping Pong on their own label, Mag Mag. “The labels we’d spoken to, whoever was interested, it just seemed more and more like we could do this on our own,” Gonzales says. “We released the EP with no distro and it kind of turned out all right, you know? So fuck it.”

Jacuzzi Boys have found success through a DIY approach to everything in a city that they wouldn’t make it in otherwise. Miami’s got a serious live music conundrum, and it explains the reason why the devil’s EDM is so ubiquitous down there—traveling is fuckin’ expensive. While a DJ can just pack a couple of records, a laptop and controllers, a band has got to make the drive eight hours down each way, using precious time, money and other resources in the process. It’s a geographical reality that has rendered the city something of a no-man’s land for quality live music, and as such, Miami is never on a tour route unless the band is playing stadiums or arenas.

“There’s bands that come down, but we’re not a city that sees a flow,” says Alcala. “People look forward to shows.”

“In New York, bands come through,” adds drummer Diego Monasterios. “But Miami’s our own shit. You figure out what you think is cool and you’re good.” 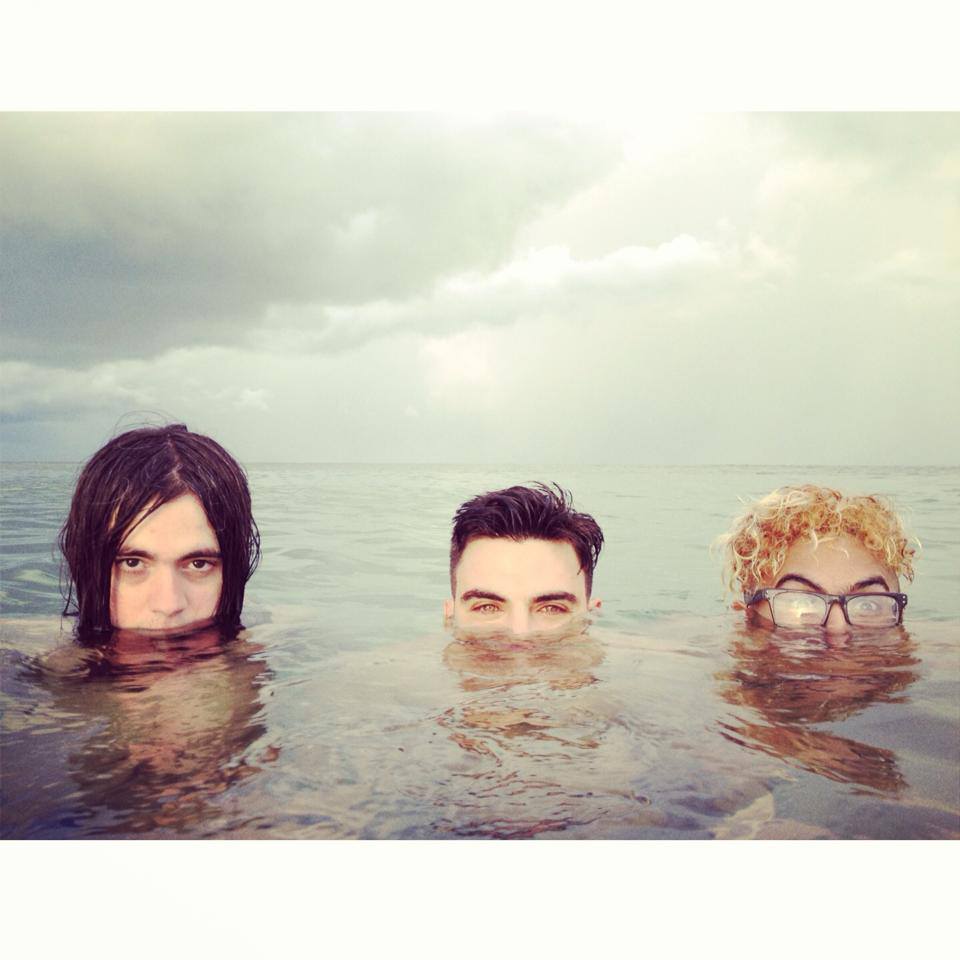